The remains of at least 24 people have been recovered at the house of a former police officer in El Salvador.

Officials believe that the secret burial site may contain as many as 40 bodies, with most of them believed to be women.

The authorities said the discovery suggested the existence of a murder ring that may have lasted for a decade. 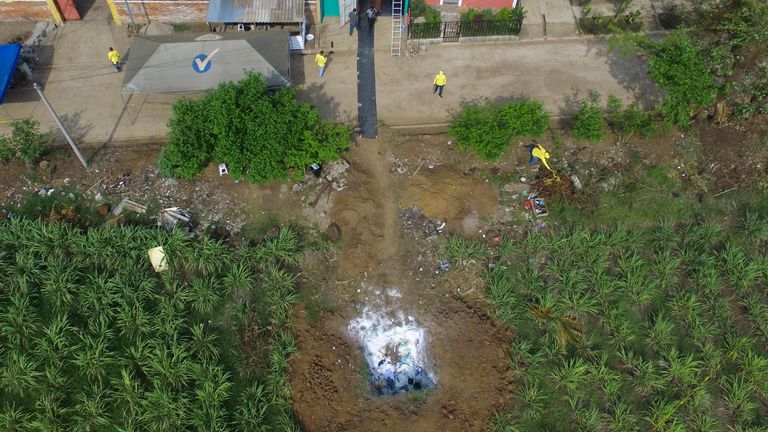 Hugo Ernesto Osorio Chavez, whose home was on the site of the clandestine cemetery, had been arrested and charged with the murders of a 57-year-old woman and her 26-year-old daughter earlier this month.

The 51-year-old, who had previously been investigated for sex crimes, admitted to killing the pair.

After his detention, Osario Chavez’s home in Chalchuapa – 50 miles northwest of the capital San Salvador – was searched, as was the area around it.

It was here that authorities made the discovery.

Initially eight pits were found, filled with 14 bodies. Some of them may have been buried for two years.

Families of missing people, who believe their relatives may have been killed, gathered at the boundaries of the property as officers set up cordons. 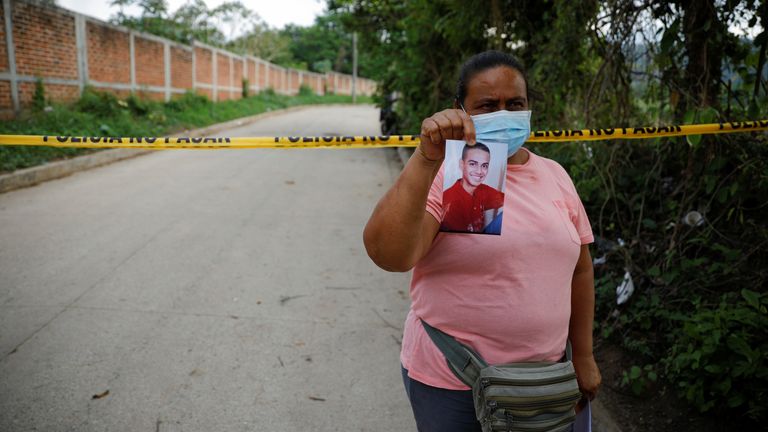 Justice minister Gustavo Villatoro said the depth of the holes suggested more than one person had taken part in the burials.

At least 10 people are facing charges.

El Salvador’s director of police, Mauricio Arriaza Chicas, said Osorio Chavez was fired from the force in 2005, and may have been killing people for a decade.

He added: “He told us that he found victims on social media and sought them out, luring them with the American dream.

“This psychopath has been detained and I believe that 99% of the people who assisted him have been detained.”