MOSCOW (Reuters) – Even before Moscow’s coronavirus lockdown, Ibragim Artykov, a builder from Tajikistan, was down on his luck. Over two months, he had four jobs and in all of them his employers either underpaid him or disappeared without paying him at all. 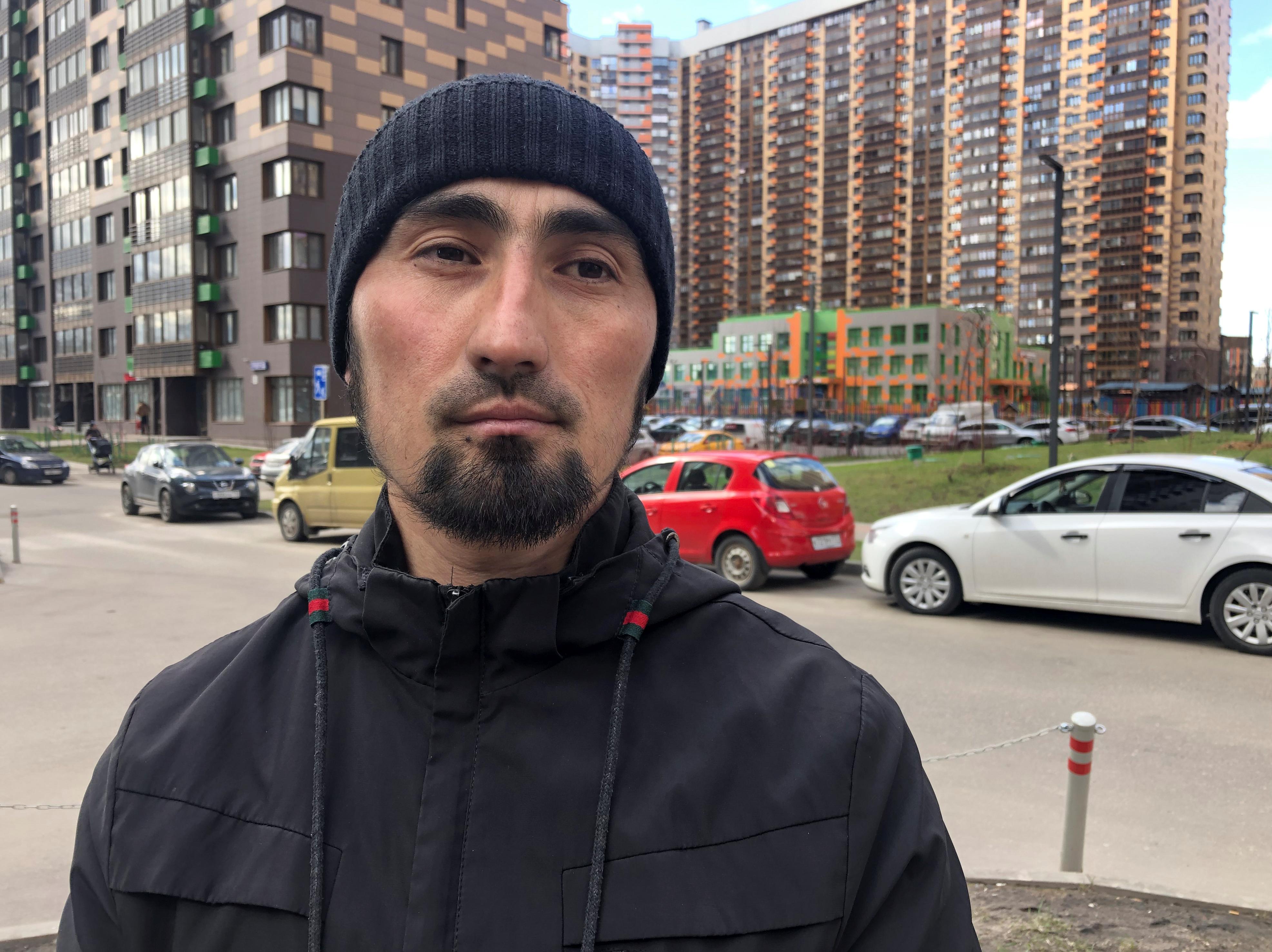 Now the 32-year-old, one of 10 million labour migrants in Russia, can’t find a job at all because of the coronavirus lockdown that is four weeks old.

There is no official word on when it will be eased, and Artykov cannot go home to wait it out as all flights are grounded.

“We have no home, no car, no stash of money, so we’re only just somehow surviving. One person lends money, another helps with food, whatever they can,” he said outside a rented apartment where he is staying with acquaintances.

“We can’t live on water and oxygen, and we need to somehow survive. I don’t think there’s anything more terrifying than dying of hunger.”

President Vladimir Putin has said the epidemic is yet to peak. Moscow has suspended all work except that considered essential in order to slow the spread of the virus.

That means that in Moscow and its surroundings alone, 2.2 million migrants legally registered to work have lost jobs in construction and other sectors, said Valentina Chupik, a Moscow-based expert on migration.

The real figure is likely to be much higher, as millions of economic migrants – many from poor Central Asian republics whose economies rely on them sending home some of their salaries – work in the grey economy where they can easily be exploited or cheated by employers.

Russia’s government has come under fire from some Kremlin critics for not handing out enough economic support to citizens and businesses hit by the crisis. Migrants are not eligible for any state support.

Some officials have pushed for emergency measures that would entitle them to benefits. Russian media outlets have warned of the risk of a rise in crime.

Artykov believes the government should either allow migrants to leave Russia en masse or to help them financially while the lockdown lasts, though he was skeptical that would happen.

“The third option is death and no one wants that.”

Khabibullov Qurbonov, 32, raised 900,000 roubles ($12,170) on his blog, and headed to the market to buy rice, flour, potato and other staples which he handed out to hundreds of families using a taxi service that offered the use of its cars for free.

Other charities are also handing out food.

“Today we’re distributing food to migrant families who found themselves stuck in Russia without being able to get back home or earn their bread,” said Irina Konsol, director of the Dom Dobroty charity. “Those people are starving.”