Japanese ship struck a reef on July 25 and is believed to have leaked some 1,000 tonnes of oil in pristine waters. 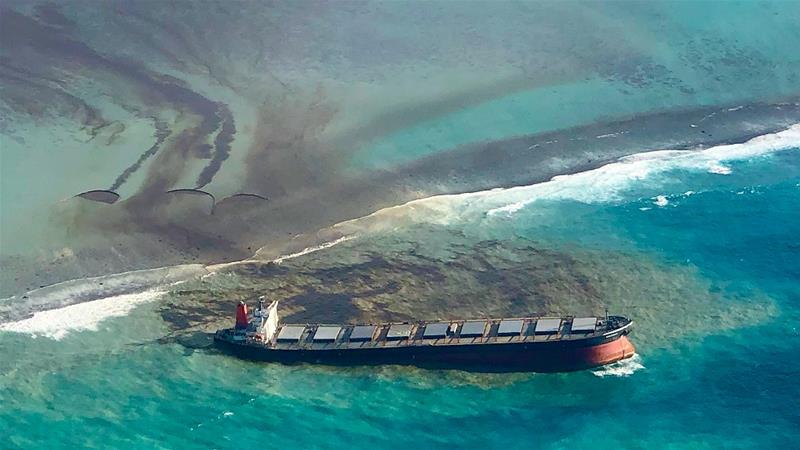 A grounded Japanese-owned ship that leaked tonnes of oil near protected areas off the Indian Ocean island nation of Mauritius has split apart, with remaining fuel spreading into the turquoise waters.

The bulk carrier struck a coral reef off Mauritius on July 25 and its hull began to crack after days of pounding waves. Some 1,000 tonnes of fuel began to leak on August 6, threatening a protected marine park boasting mangrove forests and endangered species.

On Sunday, photos posted on social media by the official clean-up showed the MV Wakashio in two pieces. Oil barriers were in place and a skimmer ship was nearby.

Mauritius declared an environmental emergency last week, and salvage crews raced against the clock to pump the remaining 3,000 tonnes of oil off the ship as environmental groups warned the damage to coral reefs and once-pristine coastal areas could be irreversible.

As of Saturday, about 90 tonnes of oil remained on board, much of it residue from the leakage.

Meanwhile, Japanese Environment Minister Shinjiro Koizumi said Tokyo planned to send a team of officials from the ministry and other specialists to Mauritius to assess the damage from the oil spill.

Koizumi also told reporters on Saturday he saw the oil spill as a grave crisis that could lead to a loss of biodiversity.

The Mauritius government is under pressure to explain why immediate action was not taken to empty the ship of its fuel. Prime Minister Pravind Jugnauth earlier blamed bad weather for the slow response.

Owner Nagashiki Shipping is investigating why the ship went off course. The ship was meant to stay at least 16km (10 miles) from shore. The company has sent experts to help in cleaning up the damage.

The Mauritius government is seeking compensation from the company. Nagashiki has pledged to “sincerely” respond to requests for compensation over damage to the marine environment.

France and Japan have responded to Mauritius’s call for help with clean-up operations.

After the government declared an environmental emergency, thousands of volunteers rushed to the shore to create makeshift oil barriers from tunnels of fabric stuffed with sugar cane leaves and even human hair, with empty soft drink bottles tucked in to keep them afloat.

So far, more than 800 tonnes of oil liquid waste and more than 300 tonnes of solid waste sludge and debris has been removed from the ocean.

The country of some 1.3 million people relies heavily on tourism and already had taken a severe hit with the coronavirus pandemic travel restrictions.

“The people of Mauritius are holding their breath,” Vassen Kauppaymuthoo, an oceanographer, told Al Jazeera.

“The image of Mauritius has been deeply impacted. When we look at those very sad images of oil sipping in one of the most pristine areas of the southeastern coast of Mauritius we feel very sad in Mauritius – and at the same time very angry about the situation and why it has occurred,” he said.

Noting that the oil spill came “at a very bad time” for Mauritius, Kauppaymuthoo said: “This part of the island may be severely impacted – and I am not sure it’s going to really recover after this event.” 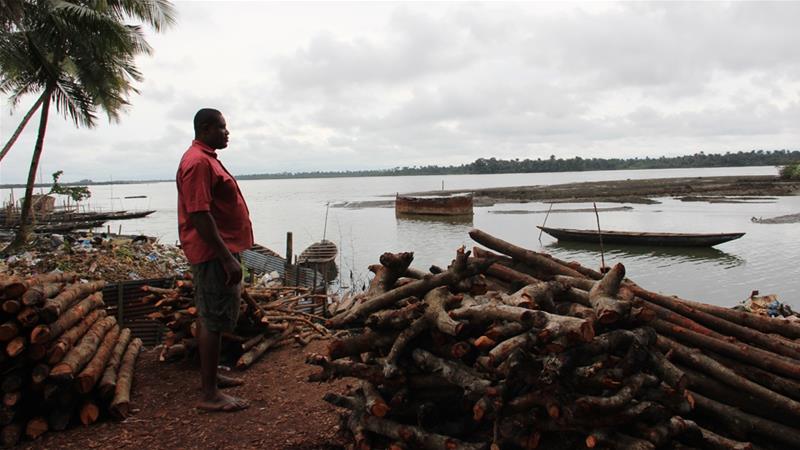 I remember the day… an oil spill changed my life