World News Some U.S. Muslim groups try to spread the word that getting a Covid shot won’t break the Ramadan fast. 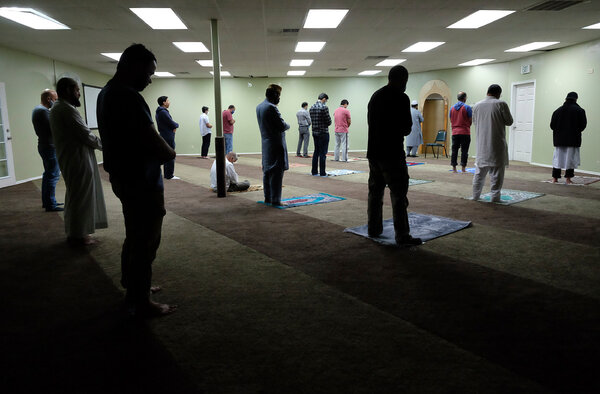 With Ramadan less than a month away, some Muslim organizations in the United States have begun addressing a critical question: whether the dawn-to-dusk Ramadan fast prohibits Muslims from receiving vaccine injections during daylight hours.

The executive director of the Islamic Society of North America, Basharat Saleem, said that numerous scholars of Islamic law had been consulted on the matter.

The group joined with dozens of others last year in organizing a National Muslim Task Force on Covid-19, which has taken advisement from Muslim jurists. They were in general agreement, Mr. Saleem said, that getting a Covid-19 vaccine was acceptable during Ramadan or at any other time. A shot “will not invalidate the fast because it has no nutritional value and it is injected into the muscle,” the task force announced, a ruling that in the past has covered flu shots and other vaccinations.

Whether vaccinations are permitted during Ramadan is not only a concern among Muslims, and perhaps not even the chief one; there have been questions around the world as well about the presence of forbidden ingredients, such as pork products, in the vaccines. Some have also expressed misgivings about the Johnson & Johnson vaccine similar to those of some Catholic leaders, given that cells used in its development and production had a remote connection to abortion.

Muslim health care workers, even those who have been publicly urging people to get vaccinated, have acknowledged the ethical difficulties.

“These decisions are a matter of personal conscience,” said Dr. Hasan Shanawani, the president of American Muslim Health Professionals and a practicing pulmonologist in Michigan. But the preservation of life is one of the highest principles in Islam, he said, and given the current scarcity of vaccines in many places, the ethics, to him, were straightforward.

Declining a vaccine means “potentially putting all of us at risk,” said Dr. Shanawani, who has treated hundreds of Covid-19 patients over the past year. “Take the vaccine that’s available to you. God is the most forgiving.” When the present emergency has passed, he added, then a person can be more discriminating about which vaccine to take.

Haaris Ahmad, the president of a large and diverse mosque in the Detroit suburbs, said he had heard all of these concerns. He has assured members of the mosque that scholars are in broad agreement that a vaccination would not break the Ramadan fast, and he has also told people that if the Johnson & Johnson vaccine is the only readily available option, they should take it.

But he also acknowledged that people would rather not have to think about these things, especially during the holiest month of the Muslim calendar. So his mosque is hosting a vaccine clinic next Monday night, which would allow people to get in two doses of the Pfizer-BioNTech vaccine just before Ramadan begins in mid-April. And while the event was initially advertised with general language about vaccines, Mr. Ahmad said, the latest flier includes more explicit guidance about what will not be on offer at the clinic: “NOTE,” it reads, “Not J&J.”