JERUSALEM (Reuters) – Israeli police have used a drone, helicopter and stun grenades in recent days to prevent people gathering in an ultra-Orthodox Jewish neighborhood of Jerusalem in defiance of Health Ministry measures aimed at slowing the spread of the coronavirus. 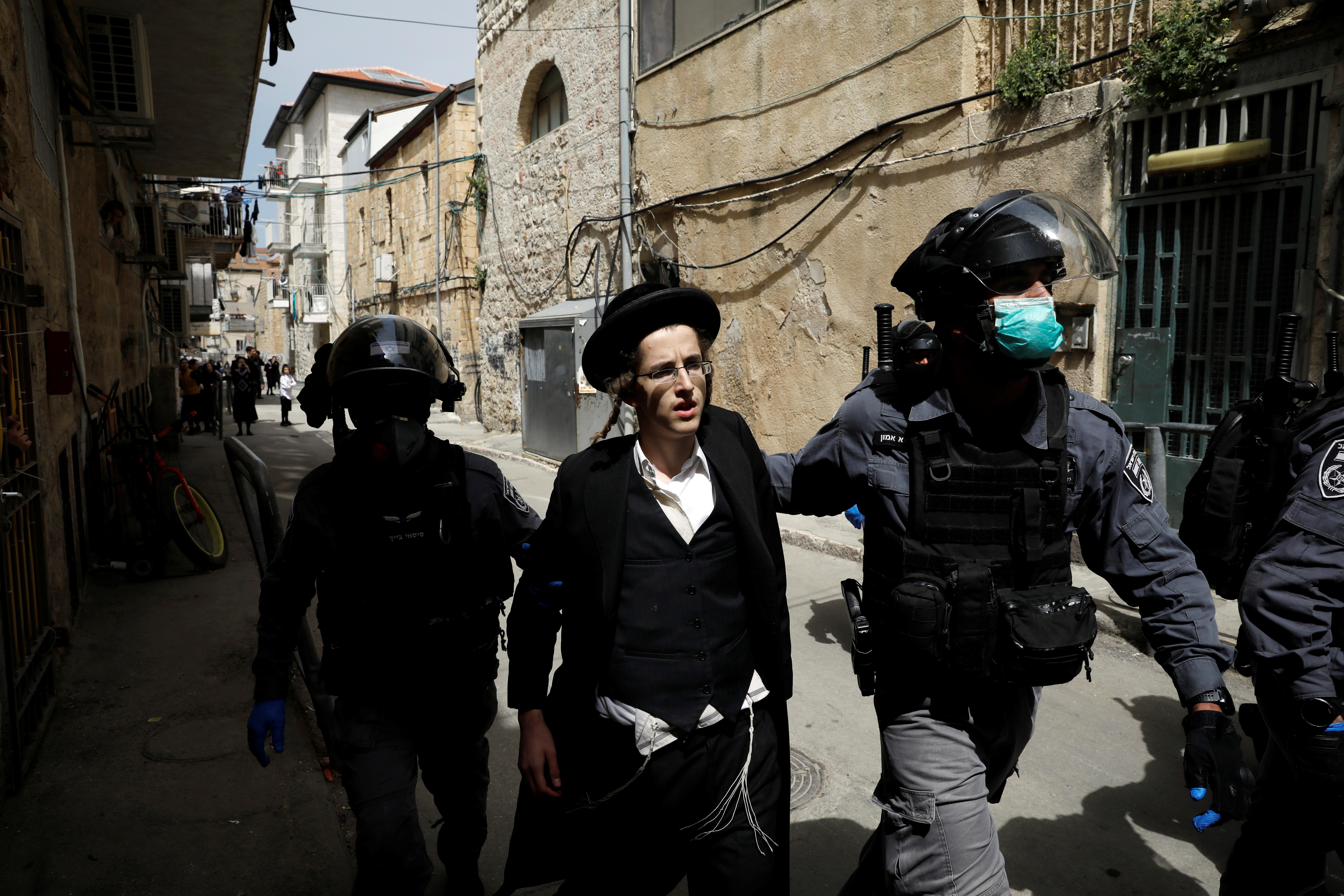 On Monday, police, some in riot gear and surgical masks, encountered occasional resistance and verbal abuse while enforcing the measures in a part of the city whose residents have long chafed against the state.

“Nazis!” shouted a group of boys, as police pulled men off the narrow streets of Mea Shearim.

As well as broadcasting the message “Stay Home” from the helicopter and drone, police have issued offenders with fines.

Israeli officials describe the ultra-Orthodox as especially prone to contagion because their districts tend to be poor and congested, and in normal times they are accustomed to holding thrice-daily prayers with often large congregations.

Some of their rabbis have also cast doubt on the degree of coronavirus risk.

Many ultra-Orthodox reject the authority of the Israeli state, whose Jewish majority is mostly secular.

Israel’s 21 percent Arab minority are another sensitive community, where officials say testing for the virus has been lagging.

“There are three ‘Corona Countries’ – the ultra-Orthodox sector, the Arab sector and the rest of the State of Israel,” Defense Minister Naftali Bennett told reporters on Sunday.

The Mea Shearim patrols represented an escalation in security enforcement. On Saturday, a funeral was attended by hundreds of mourners in Bnai Brak, an ultra-Orthodox town.

Reprimanded by Internal Security Minister Gilad Erdan for allowing what he deemed a “threat to life” at the funeral, police issued a statement vowing to “draw lessons to prevent similar situations recurring”.

Public gatherings are currently limited to up to 10 people, people must keep two meters apart and the public has been urged to stay at home unless they need to buy food, get medical attention, or go to work deemed crucial by the state.

“Everything they are doing has no value when they constitute a ‘ticking bomb’ because of whom people will get infected,” he said of those not following the government’s guidelines. 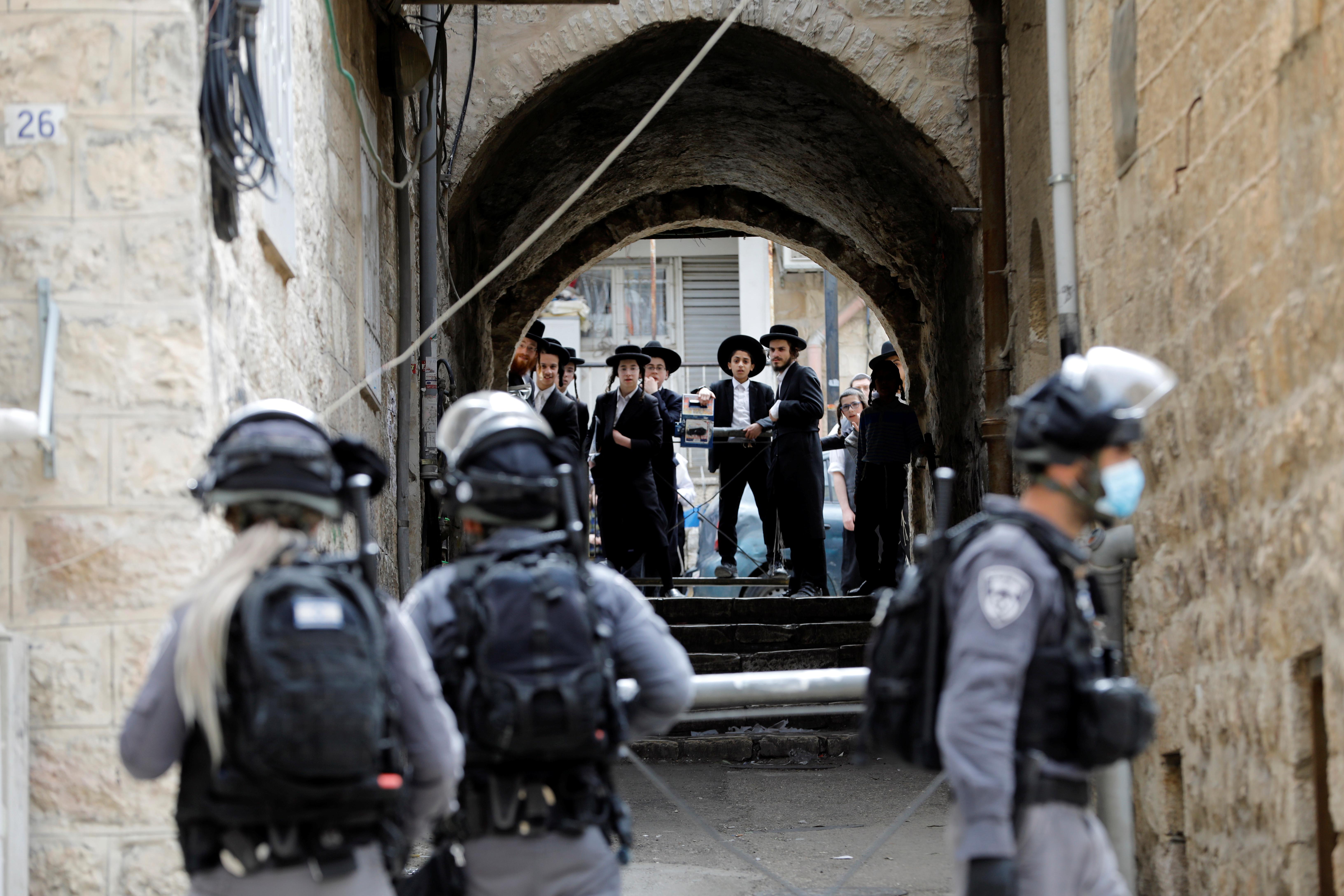 With the Health Ministry warning that the dead could eventually number in the thousands, Prime Minister Benjamin Netanyahu was due on Monday to convene officials to discuss a proposed lockdown of some of the country.

Bennett has proposed setting up a coronavirus surveillance system that would allow authorities to focus lockdowns on areas most prone to contagion.