A 75-year-old French aid worker says she was treated relatively well during her four years as a hostage and compared her detention to a “spiritual retreat”.

Sophie Petronin and three other captives have been released by Islamic militants in Mali.

She told reporters that praying helped her get through her ordeal – and she said she wants to return to her humanitarian work helping underfed children.

“I hung on – I prayed a lot because I had a lot of time,” she said at the French embassy in Bamako before boarding a flight back to France with her middle-aged son. 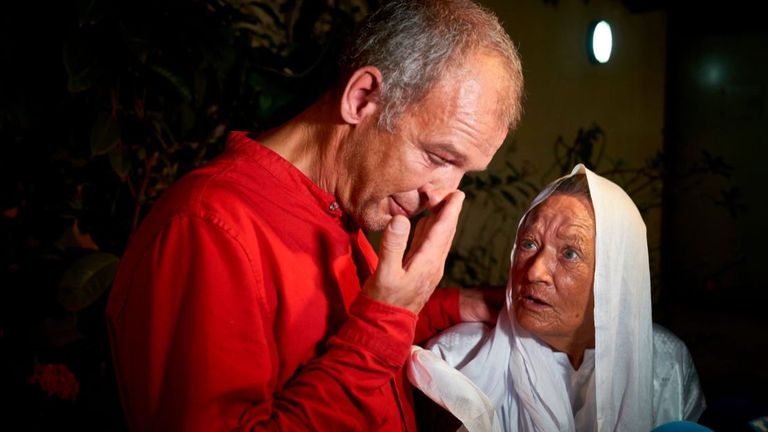 “But I transformed detention…into a spiritual retreat, if one can say that,” said Ms Petronin, who was later welcomed home by President Emmanuel Macron at Villacoublay military airport near Paris.

During her time as a hostage, she said she was allowed to listen to the radio, and guards shared messages and videos with her – including from her son.

Ms Petronin said: “All of us, while we are on this earth, we have or we will have ordeals to go through. If you accept what is happening, it will not go too badly. If you resist, you will hurt yourself.”

She was released this week along with two Italian hostages, Reverend Pierluigi Maccalli and Nicola Chiacchio, as well as prominent Malian politician Soumaila Cisse.

It remains unclear whether ransom money was paid in exchange for their freedom – although extremist groups have been known to use hostages as a way of getting payments from European governments.

There has been no immediate information released about the other five foreign hostages that the JNIM militants are still believed to be holding.

The release of the four came shortly after the Malian government freed nearly 200 militants and sent them by plane to northern Mali. 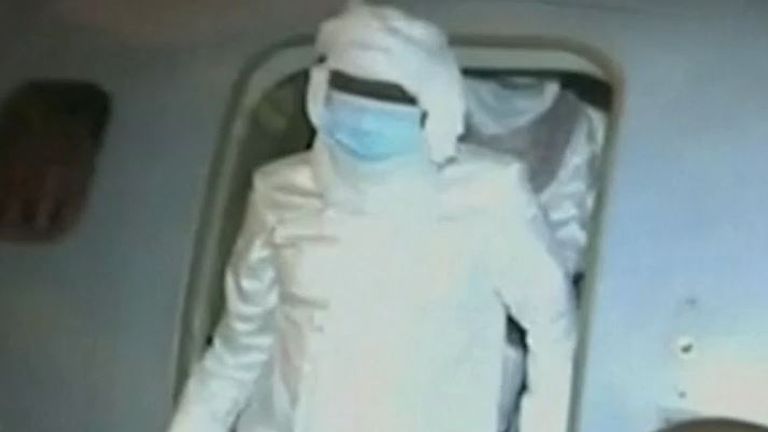 The move has fuelled speculation of an upcoming prisoner exchange that some worry could further destabilise the country.

“It was a little boy who found his mum again, and a mum who was comforting her little boy.”

He added: “She’s like a block of granite, my mum.” 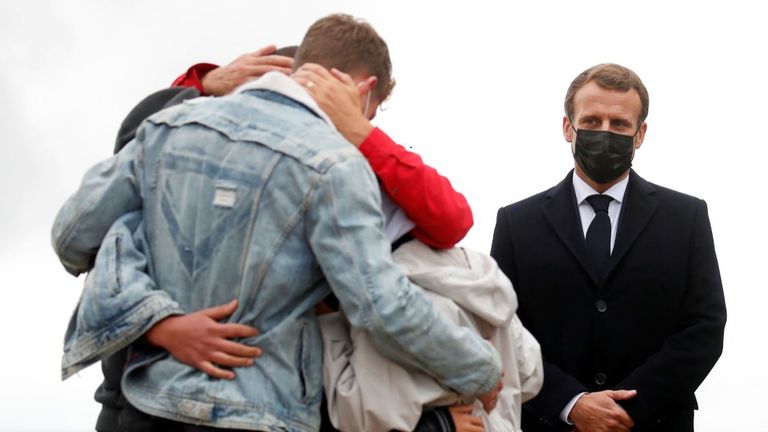 Ms Petronin says she wants to go back to the northern Malian town of Gao in the near future – as she made a promise to the orphaned and malnourished children she was helping before she was kidnapped.

“I made a commitment to the children. For four years I haven’t seen how the programmes are working,” she said.

Ms Petronin added: “I will go to France, to Switzerland, and then I will come back to see what’s happening here.” 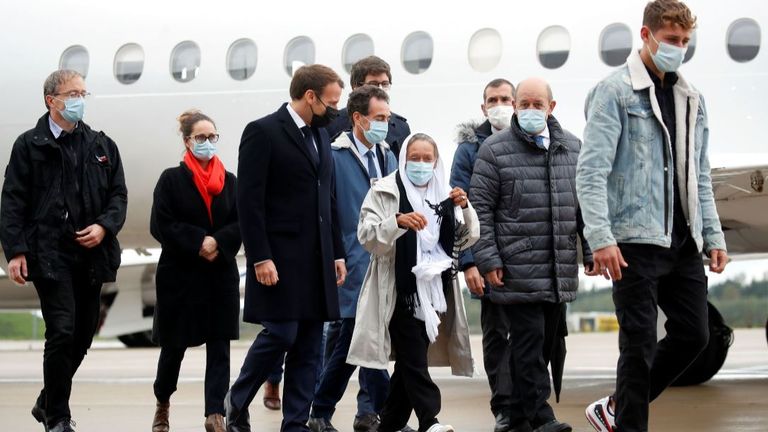 Mr Cisse, who was kidnapped in March while campaigning for re-election as a legislator and made a proof of life video on 26 September, told Mali state broadcaster ORTM that he was not subjected to any violence.

“I spent six months in…very difficult living conditions, in almost permanent isolation, but I must confess that I was not subjected to any violence, neither physical nor verbal,” he said. Rev Maccalli, a Roman Catholic missionary priest, was kidnapped from neighbouring Niger in 2018.

The Italian bishops conference tweeted their “gratitude” for those “who worked for liberation as we continue to pray for those who are missing”.

Among those is Colombian nun Gloria Cecilia Narvaez Argoti, who was last seen in a video alongside Ms Petronin in 2018.