JOHANNESBURG (Reuters) – South Africa partly lifted a two month-old coronavirus lockdown on Monday, letting people outside for work, worship, exercise or shopping, and allowing mines and factories to run at full capacity to try to revive the economy. 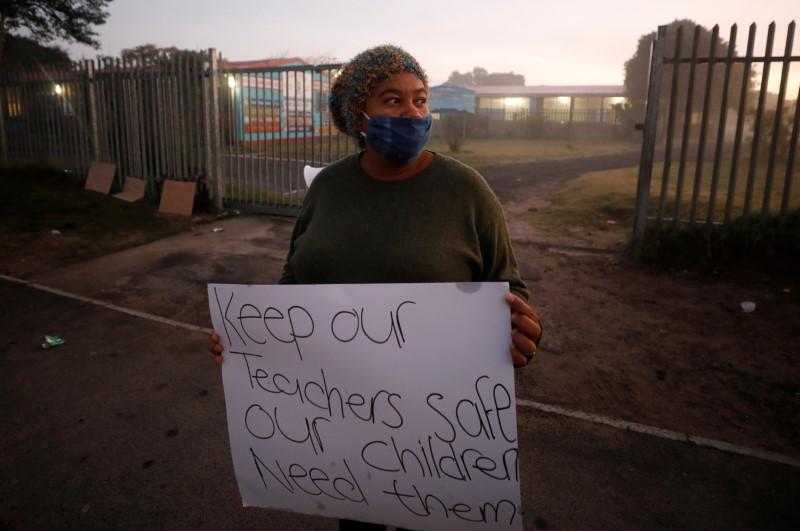 President Cyril Ramaphosa was widely praised when he ordered one of the world’s strictest lockdowns at the end of March, confining people to their homes, forcing miners and manufacturers to slash operations by half, and banning the sale of alcohol and cigarettes.

But the measures have battered the economy of Africa’s most industrialised nation, which was already in recession before the virus, owing mostly to power cuts at its dysfunctional state provider, Eskom.

The central bank expects it to contract by 7% this year.

The government hopes Monday’s move to “level 3” lockdown will sputter businesses to a start. It will inevitably increase the number of coronavirus infections, which over the weekend jumped past 30,000.

“The move to level 3 … marks a significant shift in our approach to the pandemic,” Ramaphosa was quoted in South Africa’s Independent as saying on Sunday at an editors’ forum.

South Africa has so far had fewer than 700 COVID-19 deaths, while vastly more people – half of whom live below the official poverty line – are at risk from hunger because of the shutdown.

Industry officials said the outlook for the manufacturing sector remained bleak, despite the opening up. Output fell for the ninth consecutive month in February.

Philippa Rodseth, executive director of the Manufacturing Circle association, said she expected demand to come “first and foremost in medical textiles and equipment and PPE (personal protective equipment), although that’s not going to contribute to overall aggregate demand”.

Ramaphosa’s move to re-open so quickly, long before new COVID-19 infections reach their peak, has been controversial.

Schools had been ordered to open on Monday for the last years of primary and secondary school, but teachers’ unions and governing associations urged their staff to defy the order, saying schools were not equipped to keep staff and pupils safe.

The education ministry backed down late on Sunday, saying pupils would only return the week after next. Teachers will report this week for training and to receive protective gear.

However, Western Cape province, which is run by the opposition Democratic Alliance, announced that its schools would re-open for those grades as planned on Monday, because they were well-equipped.

The province is the main coronavirus hotspot, with two thirds of cases. 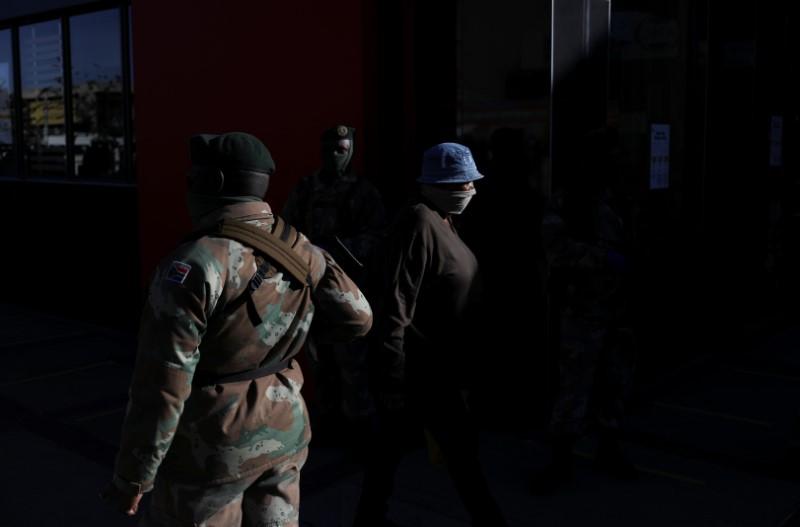 The Marxist main opposition Economic Freedom Fighters (EFF) have meanwhile accused authorities of sacrificing poor and vulnerable workers to the interests of a wealthy elite.

The EFF and others have also criticised the government’s decision to re-open churches and other places of worship if they limit to 50 people, despite the risks of spreading the virus.

(This story corrects to make clear central bank expects economy to contract by 7%, not 4%).