JOHANNESBURG (Reuters) – Bustling streets and long queues at supermarkets highlighted South Africa’s struggle to adapt to a new lockdown on Friday, as the country recorded its first coronavirus death.

In the poor township of Alexandra near Johannesburg’s financial district, a group of men drank openly in the street until police intervened and ordered the supermarkets to close.

“How can you stay home without food? The reason we are here is because we are hungry. We are here to get groceries so we can be able to stay indoors, you can’t stay indoors without food,” Alexandra resident Linda Songelwa told Reuters.

South Africa’s 21-day lockdown restricts people to their homes for most activities including exercise, only permitting them to go out to buy food or for health emergencies.

With shops, restaurants and offices shuttered and the number of confirmed coronavirus cases rising to 1,170, streets in affluent parts of Johannesburg appeared quieter than usual.

Some staff of supermarkets that remained open hitched a ride to work in police cars.

The townships, where people rely on an ailing public health system, offer a rich breeding ground for the coronavirus. Many residents are too poor to weather the associated economic fallout and lack the funds to stock up on adequate food.

Police Minister Bheki Cele said there had been “a few issues” with the lockdown, including in Alexandra and where people had not observed social distancing in shop queues.

“Sometimes people that join those queues are not even there to make the shopping, they are there for outing because they don’t have other activities… So we are sifting all those things, and we are going to be very tough with those people.”

South Africa’s health ministry said on Friday that one person had died from the coronavirus, while four patients were in intensive care, with three on ventilators. The government is expanding its testing capacity.

The lockdown ordered by President Cyril Ramaphosa is among Africa’s strictest, empowering the government to call out the army to enforce it. 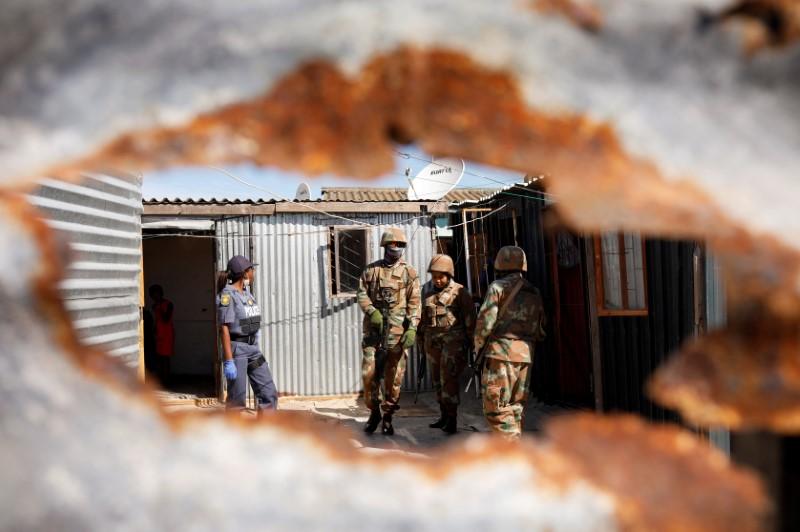 But it will be a challenge, as authorities in some other African countries are finding.

In Kenya’s coastal city of Mombasa, police fired teargas and hit citizens who tried to force their way onto a ferry used for transport between the mainland and an island off the coast.

Authorities had announced a queuing system to reduce congestion, part of measures to curb the coronavirus outbreak.

In Congo’s capital Kinshasa, 10 million people were supposed to go under lockdown on Saturday, but the scheme was postponed on Friday after the city’s governor said that the measure was pushing up the price of essential goods.

In one part of downtown Johannesburg, close to the city’s townships, Reuters saw police sweep up 300 homeless people to take them to a shelter.

TIME FOR THE IMF?

Ramaphosa has lobbied richer countries to help cushion the blow to Africa from a pandemic that has killed more than 24,000 people globally and devastated supply chains.

South Africa’s economy appears particularly vulnerable. Its rand currency ZAR= lost more than 1% against the dollar following the news of the rise in cases and first death.

The country was already mired in recession caused mostly by power cuts at its dysfunctional state-run utility, Eskom.

Mining companies, the core of its economy, are either cutting or shutting production, although platinum group metal output will continue. South Africa’s airports and ports are also shut, interrupting global copper supplies.

Moody’s downgraded South Africa’s sovereign credit rating to ‘junk’ status on Friday, the last of the big three agencies to do so, after S&P Global and Fitch moved the rating to below investment grade in 2017.

The central bank launched a bond-buying scheme this week to try to revive a moribund credit market, while Ramaphosa announced measures aimed at helping small businesses. 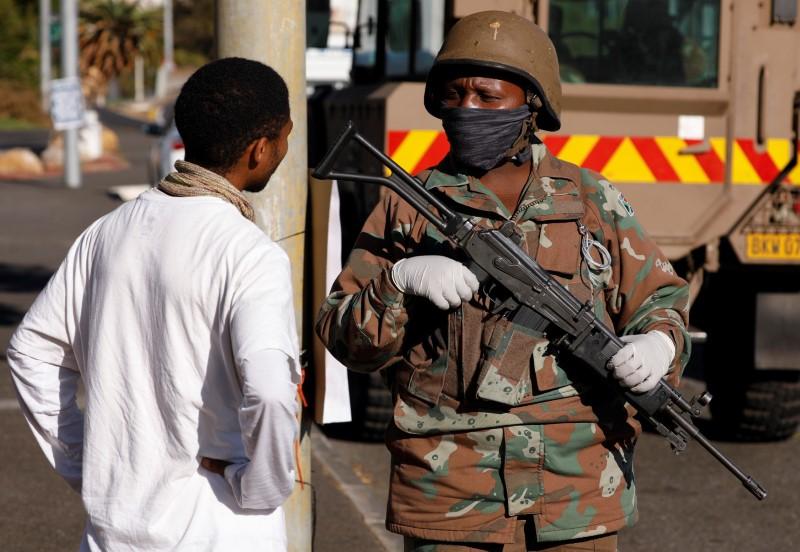 But unemployment is at a decade high of some 30% and ailing state companies have already bled billions of rand.

“It’s extremely difficult to see what South Africa can do. The structural problems that have held the country back are not… going to be easily fixed now,” said Charles Robertson, global chief economist at Renaissance Capital.