A possible ban on the consumption of dog meat in South Korea has been welcomed by animal rights groups.

South Korea‘s President, Moon Jae-in, asked during a meeting with the prime minister, Kim Boo-kyum, on Monday whether “it’s time to carefully consider a ban“.

Restaurants offering dog meat to customers are on the decline as younger people find it less appetising. It is unclear when a review would take place and whether a ban would be introduced but Mr Moon’s suggestion has been welcomed.

Animal rights activists gathered in central Seoul on Tuesday, calling for the government and parliament to work out steps to officially ban dog meat consumption.

“We actively welcome President Moon Jae-in’s comments instructing a review of the dog meat consumption ban and hope there would be substantial progress on that,” animal rights organisations said in a joint statement.

It is the first time the South Korean president has raised the possibility of such a ban but several presidential hopefuls have said they will ban dog meat in recent weeks in efforts to boost their popularity ahead of the presidential election next year.

Lee Jae-myung, governor of the country’s most populous province, Gyeonggi, and a leading presidential contender in Mr Moon’s own party, has vowed to push for a ban. But his opposition frontrunner, Yoon Seok-youl, has said the matter should be left to people’s personal choice. 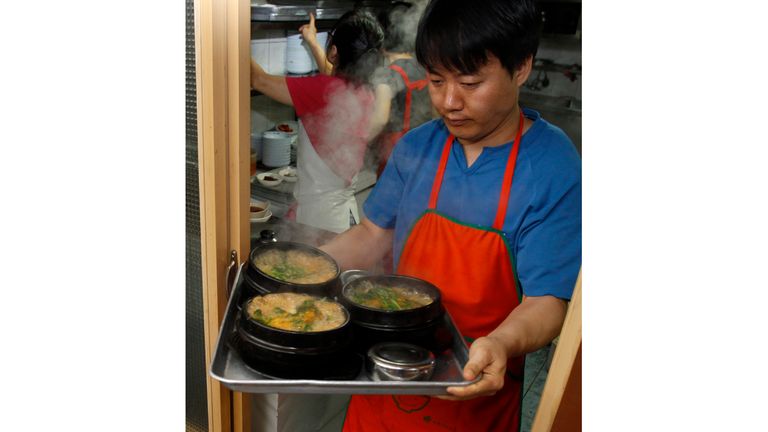 A poll in 2020, conducted by Nielsen for the Humane Society International found 84% of South Koreans said they have never consumed dog meat or said that they are not willing to eat it in the future.