MEXICO CITY/NEW YORK CITY (Reuters) – Migrants in a sprawling encampment steps from the U.S. border in Matamoros, Mexico, have begun to isolate as best they can in their closely packed tents in preparation for the arrival of the coronavirus. 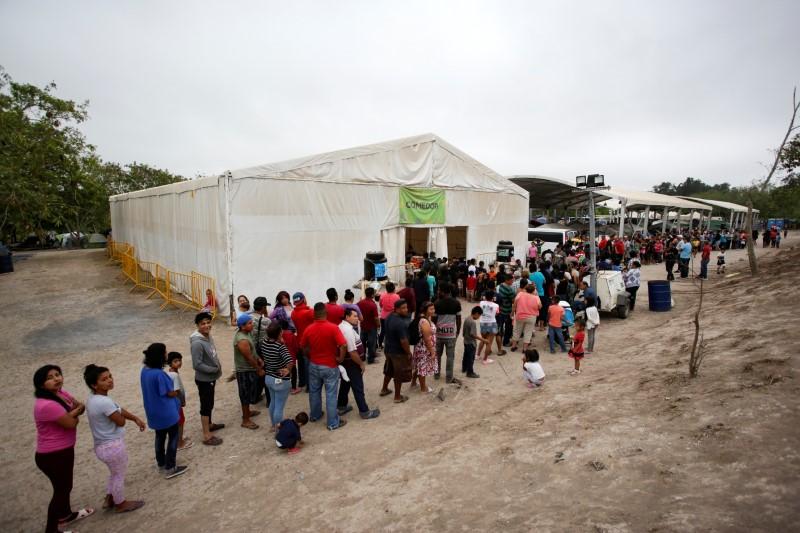 Local authorities and advocates are worried. A large outbreak of the epidemic here would threaten to “collapse” the city’s health system, one official warned.

For months, thousands of migrants, many U.S. asylum seekers returned under the Trump administration’s controversial “Remain in Mexico” policy implemented last year, have passed through the encampment nestled among brush by the river-border.

Cases of colds and flu spread rapidly, and advocates have decried poor health and sanitation conditions in the settlement that currently houses an estimated 2,000 people. Border towns like this will soon swell even further: The Mexican foreign ministry said it had agreed to accept Central Americans denied entry by U.S. officials as a result of a new policy implemented by the Trump administration in the wake of the outbreak.

If a large number of cases emerge in the camp, “there would be a collapse of the health system,” said Ulises Gonzalez De la Garza, a coordinator for the state health department in Matamoros.

“We lack personnel, we lack resources.”

Migrant populations around the world – often lacking in state provided healthcare and the ability to isolate themselves at home – are seen as among the most vulnerable to the spread of coronavirus.

Matamoros had a population of more than 520,000 people as of 2015, the national statistics institute says. Its five public hospitals have just 25 ventilators and 11 intensive care beds between them, according to the State Commission for Protection against Sanitary Risks.

Experts say that is a fraction of what would be needed to treat a large outbreak of COVID-19, the sometimes fatal disease caused by the coronavirus that in severe cases results in shortness of breath and lung failure.

So far the state of Tamaulipas has recorded just three confirmed cases of the virus, and there are no suspected cases in the camp, Gonzalez De la Garza said.

“(Migrants) are being sent back to a country that has not made the necessary arrangements to take care of not just them but also the general population once we start getting more cases,” said Frenk, now president of the University of Miami.

Critics have lambasted Mexican President Andres Manuel Lopez Obrador for what they say is his relatively relaxed response to the coronavirus. He argues that the country must keep going to limit damage to the economy lest it hurt the poor and the elderly.

In recent days, the Trump administration has restricted traffic at the border.

Mexico has 251 confirmed cases of coronavirus, health authorities said Saturday, a fraction of the cases north of the border.

Health official Gonzalez De la Garza said the state was vaccinating migrants for the flu and distributing information about proper hygiene as well as coronavirus symptoms.

In the event of a suspected case, migrants will be instructed to stay in their tents as tests are sent to Mexico City for processing. Those who require hospitalization will be transferred about an hour away to the city of Reynosa, which has a similar supply of ventilators, Gonzalez De la Garza said.

Migrants who test positive but do not need to be hospitalized will be instructed to remain in isolation. Health officials are exploring the possibility of designating a special shelter for them, he said.

Joel Fernandez, a 51-year-old lawyer seeking asylum from Cuba, has already placed himself in isolation in his tent.

“The coronavirus kills,” he said. “I leave very little, only when necessary.”

However, experts caution that widespread social distancing is virtually impossible in the bustling camp of small domed tents. Migrants will soon begin spacing their tents further apart, said Fernandez, a member of the camp council.

Global Response Management, a nonprofit providing medical services, plans to step up care by building a 20-bed field hospital near the camp, to be staffed in alternating shifts by teams of five medical practitioners.

The group aims to bolster supplies so it can operate entirely from Matamoros in two weeks, citing concerns that further restrictions at the border could make it harder for volunteers to cross back and forth.

The camp hospital would help address another problem. Since September, the non-profit has sent more than 100 patients to already overstretched local emergency rooms, and only one was admitted, said Helen Perry, the group’s executive director.

“Like every other system in the world, their system is going to become overwhelmed at some point, and so we want to be prepared for when that eventuality comes,” said Andrea Leiner, the group’s director of strategic planning. 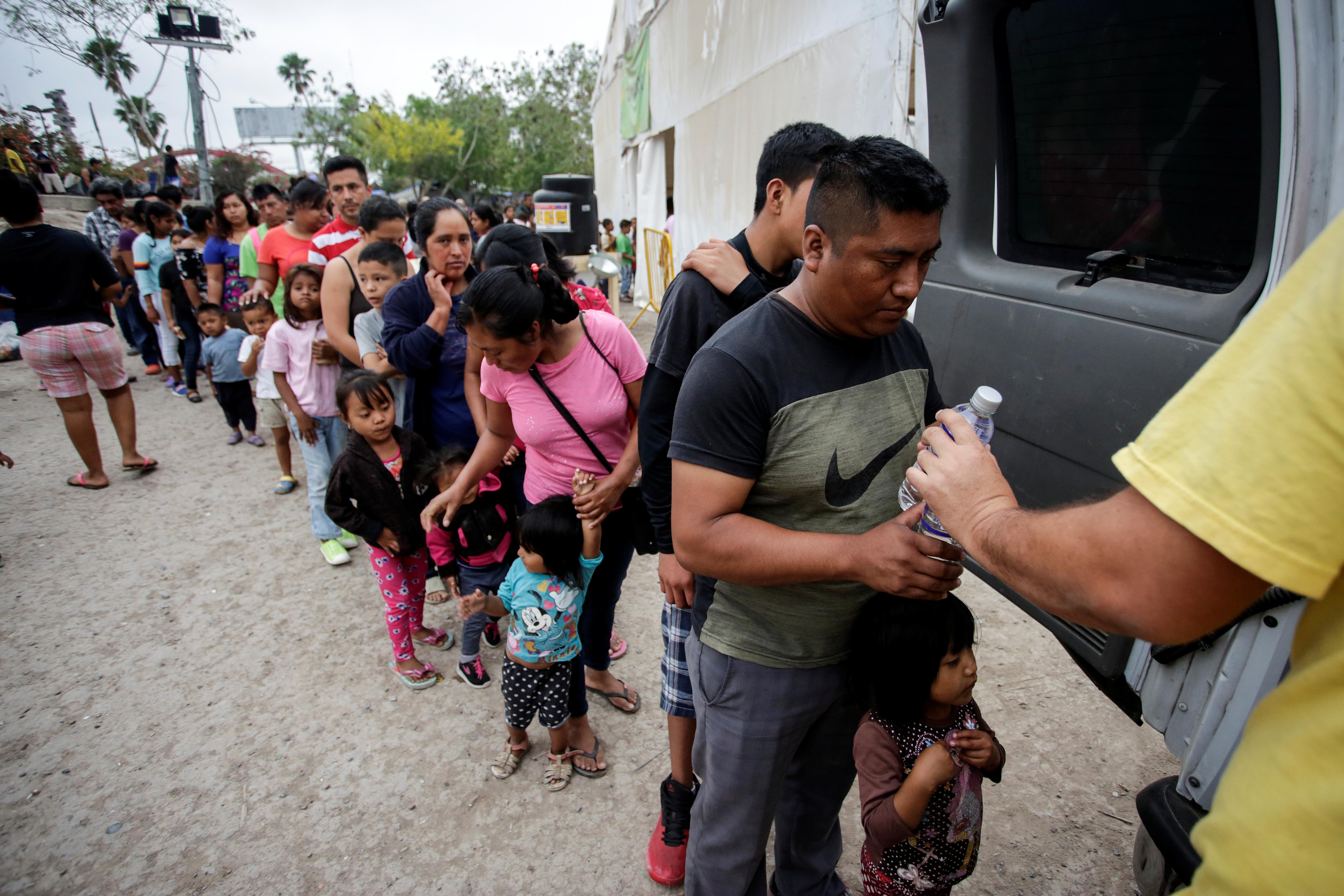 Luz, a 42-year-old Peruvian migrant who fled domestic violence and asked that only her first name be used, said the mood in the camp has changed over the past week. U.S. volunteers are dwindling in number, and she has had less to eat.

“We are very afraid,” she said. “We are exposed to catching this disease.”