LISBON (Reuters) – Banging on their flight cases, hundreds of struggling live-event workers took over one of Lisbon’s main squares Tuesday night to urge the country’s government to help them survive the economic collapse caused by the coronavirus pandemic. 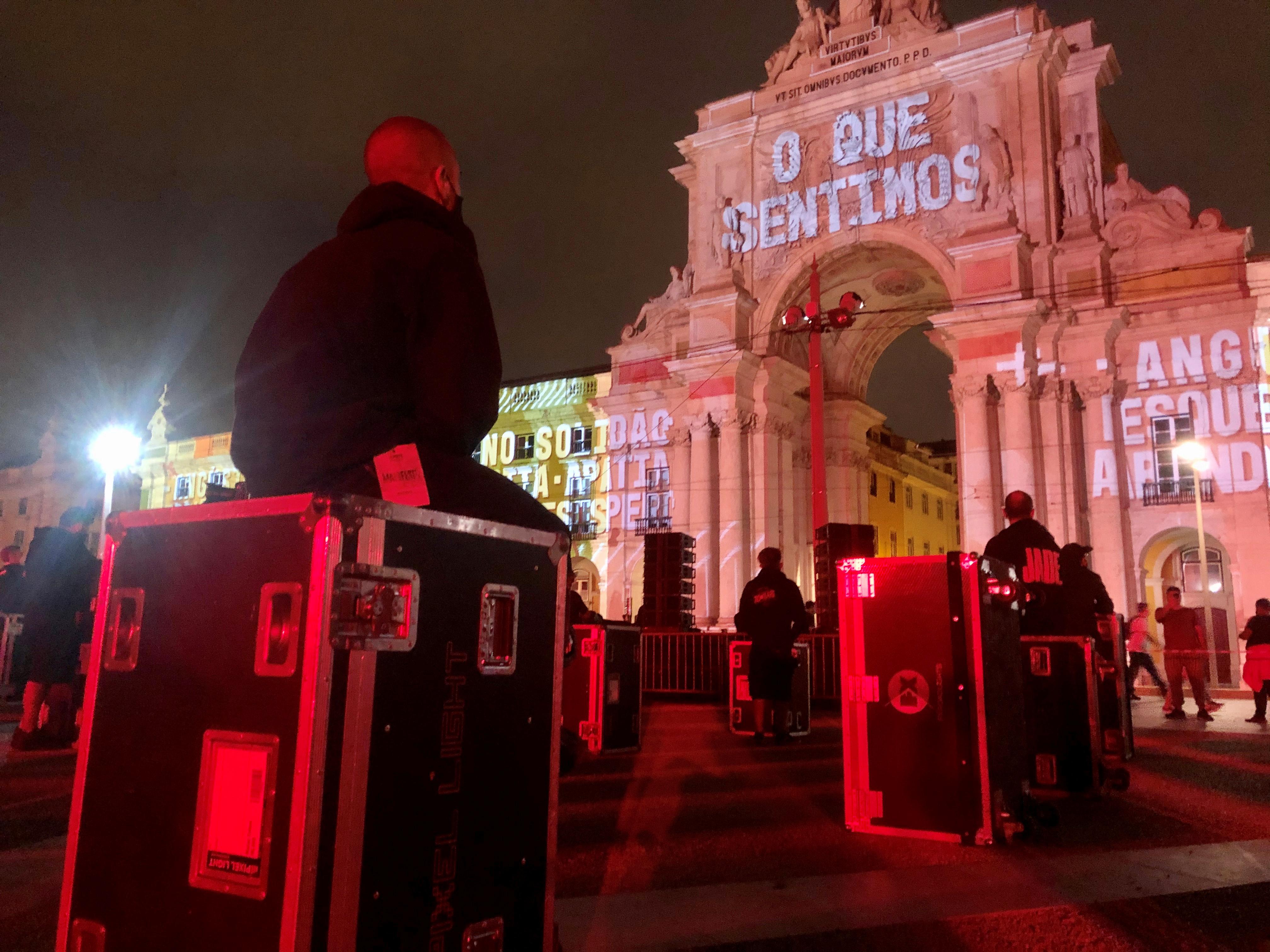 Across the world, the coronavirus outbreak and lockdowns have led to widespread cancellations and postponement of events to later this year or 2021. And workers, from sound technicians to stage managers, quickly found themselves in a tight spot.

Lighting technician Joao Perliteiro was one of the many workers who joined Tuesday’s protest to highlight the struggles of the live-events industry. Similar protests took place in other European cities, including Manchester, England.

“We were the first sector to close and we will be the last reopen,” said the 20-year-old, who normally has a busy summer working at music festivals across the southern European nation. “We are trying to change that. We all need money.”

During the peaceful protest, organisers projected various messages onto Lisbon’s historic buildings, including, “What do we want? Support, solidarity, work.”

In Portugal, theatres, cinemas and other cultural venues got the go-ahead to reopen in June but many stayed shut, fearing audiences would not show up. Large music festivals have been banned until at least the end of next month. [nL8N2DE41D]

Salvador Sequeira, 40, director of an events company, is not optimistic about what the future might bring and is unsure when the sector will recover.

“There are a lot of people in the sector without a contract. These people are completely forgotten at the moment,” Sequeira said. “People who work in the sector are going through a very critical situation.”

The Portuguese Association of Technical Services for Events APSTE said on its Facebook page the government must “take the necessary measures for the events and shows industry to survive”.

Some companies have seen their revenues drop more than 80% during the pandemic, according to APSTE.

The sector has long struggled to win government support. Many say the around 30 million euros ($35.28 million) announced for the cultural sector as a whole was insufficient.