Kurdish-led authorities released hundreds of ISIL (ISIS) fighters imprisoned in northern Syria as part of a general amnesty in the region controlled by a United States-backed militia.

Amina Omar, the head of the Syrian Democratic Council, told reporters at a news conference in the town of Qamishli that ISIL members who were released have “no blood on their hands” and have all repented joining ISIL at some point.

“They are people who can be reformed,” Omar said shortly before the men were freed.

The Syrian Democratic Council said the 631 prisoners were released Thursday while 253 others will have their terms cut in half.

Omar added all those freed are Syrians who have served at least half of their prison sentences. 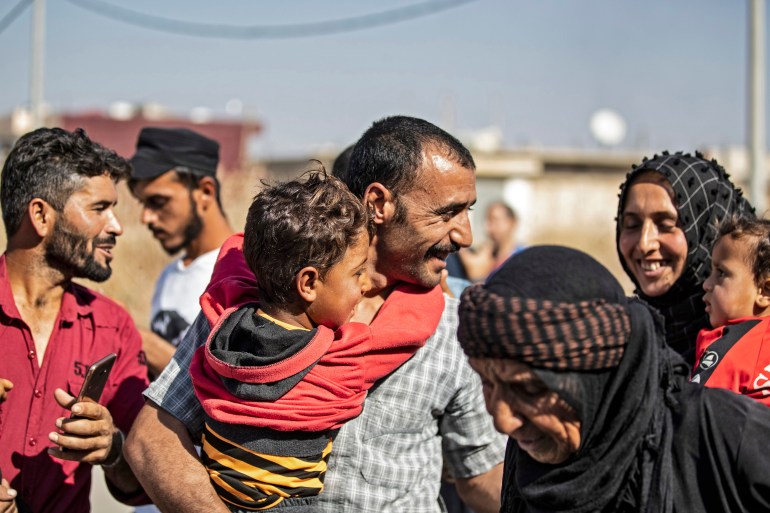 The Syrian Democratic Forces released more than 600 Syrian prisoners in northern Syria [Delil Souleiman/AFP]The releases came after repeated calls from the Arab tribes that dominate much of the region administered by the Kurds, including the areas near the Iraqi border where ISIL made its bloody last stand in 2019.

AFP news agency correspondents outside the Alaya detention facility on the outskirts of Qamishli saw dozens of detainees leave the premises and reunite with relatives who had come to meet them.

“My brother has been in jail for eight months for women trafficking in Al-Hol camp,” Ahmad al-Hussein said, in reference to the largest detention facility in the region.

Among the detainees are some 2,000 foreigners whose home countries have refused to repatriate them, including about 800 Europeans. 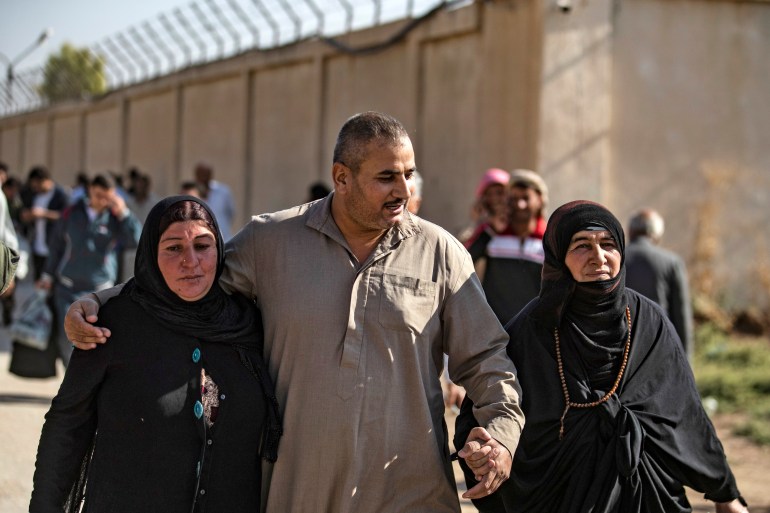 Burden to a cash-strapped administration

ISIL –  which at the height of its power in 2014 controlled one-third of both Iraq and Syria – lost its last sliver of land last year when the US-backed Kurdish-led Syrian Democratic Forces captured the eastern Syrian village of Baghouz.

Since then, its fighters have gone underground, carrying out hit-and-run attacks, mostly targeting Syrian government forces and the Kurdish-led fighters.

Earlier this month, the Kurdish-led authority said it will allow Syrian citizens to leave a sprawling camp that houses tens of thousands of women and children, many of them linked to ISIL.

Most of the detainees at Al-Hol camp are Syrian and Iraqi women and children. Another highly secured tent settlement that is part of the camp is known as the annex and is home to some 10,000 ISIL supporters from other countries.

The overpopulated Al-Hol camp alone is home to 65,000 people, including 24,300 Syrians either captured or displaced by fighting, according to the UN Office for the Coordination of Humanitarian Affairs.

The cost of maintaining such detention facilities has been a burden to the cash-strapped Kurdish administration, which is seeking to alleviate it with mass releases.

Crime rates have been high inside the camp and some of the women have tried to escape. Over the past 10 days, dozens of families have left the camp.

The deal could also boost laborious cooperation between Kurdish forces and Arab tribes that make up a significant proportion of the military alliance controlling the area.