AMMAN (Reuters) – Syrian tycoon Rami Makhlouf issued a video statement on Sunday saying officials had told him to quit as head of mobile operator Syriatel, in the latest twist in a tussle over assets and taxes that has uncovered a rift at the heart of the ruling elite. 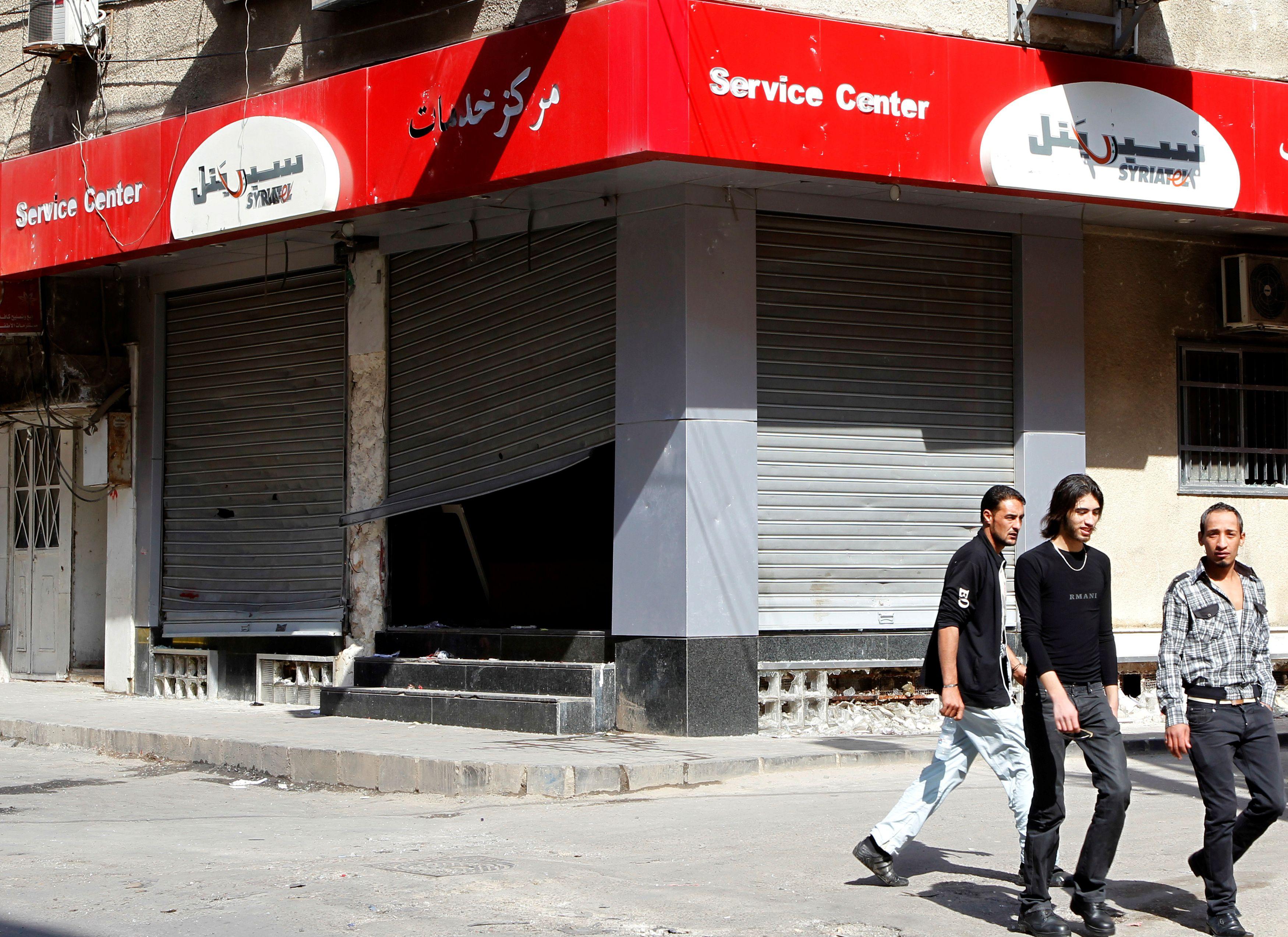 Makhlouf, a cousin of President Bashar al-Assad, said he would resist the pressure and refuse to step down as chairman – even though he said the officials had threatened to revoke the firm’s licence and seize its assets if he did not comply.

Makhlouf, once widely considered part of the president’s inner circle and the country’s leading businessman whom the U.S. Treasury said was the front man for Assad’s family wealth, has a business empire that ranges from telecoms and real estate to construction and oil trading.

He played a big role in financing Assad’s war effort, Western officials have said, and is under U.S. and EU sanctions.

But the video message – the third he has issued on the dispute in less than a month – underlined divisions that Syria experts say could mark the first major rift within the minority Alawite sect that has ruled the country since Assad’s uncle Rifaat tried to depose Assad’s father, the late president Hafez, in 1984.

He accused security forces earlier this month of arresting his employees in an “inhumane way” in an unprecedented attack from within the authoritarian system by one of the country’s most influential figures.

In the statement issued on Facebook, Makhlouf said officials, who he did not name, had told him: “If you don’t comply … the licence will be revoked”.

“They said you have until Sunday to either comply or the company will be taken and its assets seized,” Makhlouf said, adding they were threatening board members with arrests. It was not immediately clear when the video was recorded and which Sunday he was referring to.

He said there would be a “catastrophic” blow to the economy if Syriatel, a major source of revenue for the state, collapsed.

The Syrian pound fell to a record low of 1,750 to the dollar on Sunday with fears the rift would further damage an economy already hit by tougher U.S. sanctions and reeling from the damaging impact of the financial crisis in neighbouring Lebanon, which choked a main source of dollars into the country.

In Sunday’s message, Makhlouf who rose to prominence in the decade before the conflict in 2011, attacked war profiteers whom he said had moved in during the war. Senior businessmen say their growing role sanctioned by top officials has weakened Makhlouf’s once dominant position.

“Those who had been before the war are concerned about the country and sacrificed with everything they have,” Makhlouf said.

The billionaire has been under U.S. sanctions since 2008 for what Washington calls public corruption and it has since toughened measures against top businessmen who are close to him.

The European Union has also slapped sanctions on Makhlouf since the Syrian conflict began in 2011, accusing him of bankrolling Assad.