TAICHUNG, Taiwan (Reuters) – Standing amid rows of metal-bound barrels in a vineyard, Chen Chien-hao holds up a glass of wine to scrutinise its golden hue. 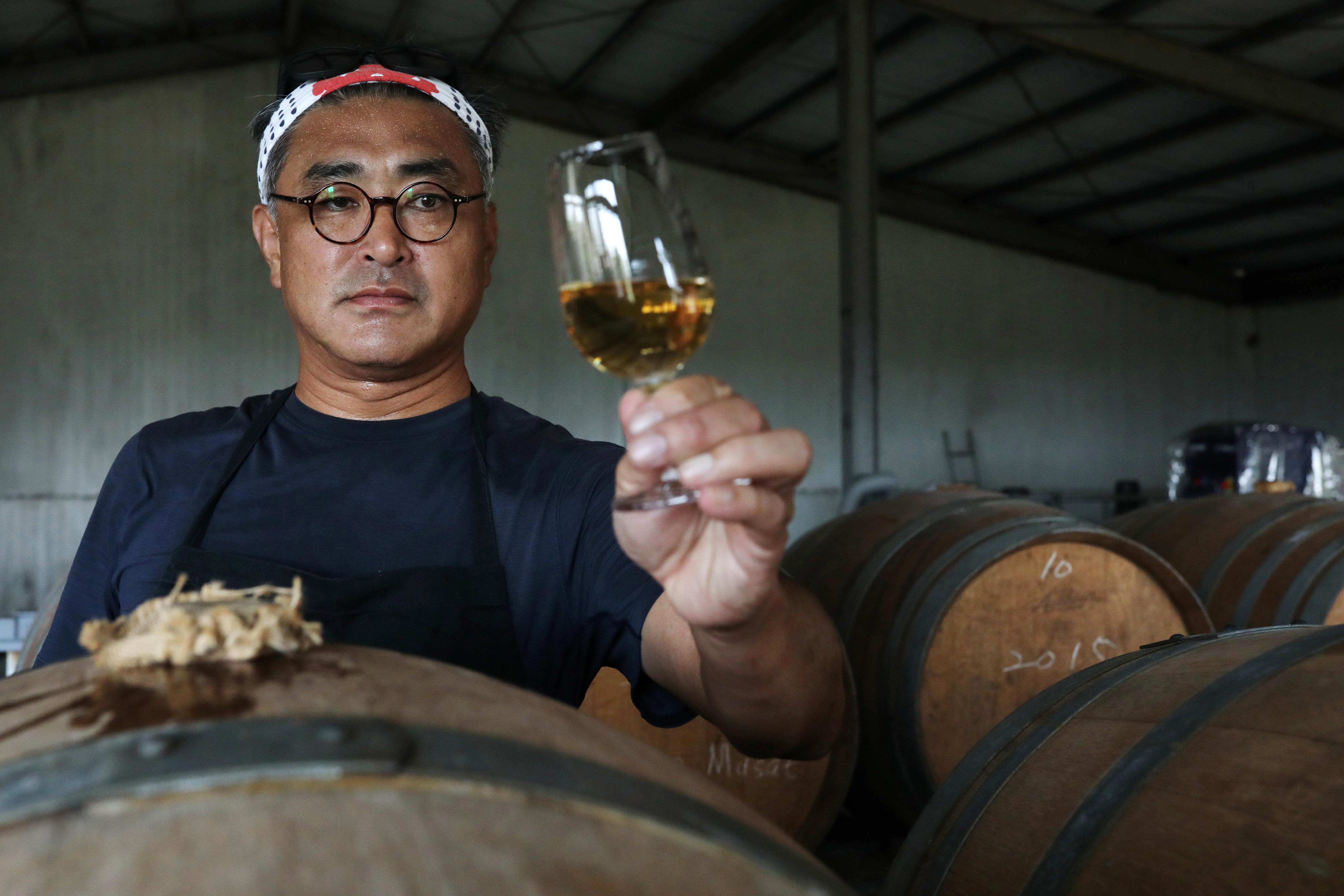 Well may the bespectacled 52-year-old cheer after the red and white wines he helped develop in central Taiwan took gold medals at a prestigious competition in Paris this year.

“I’m initiating a revolution called the Taiwan wine spirit renaissance,” Chen told Reuters, describing his efforts to rejuvenate a tradition that has nearly died out on the sub-tropical island.

“We are trying to give new life to Taiwan’s wine culture,” he added. “Because now we have new equipment, new wine-making techniques, we will revive this culture.”

Taiwan is famed for a thriving food scene centred on traditional night markets that draw flocks of tourists, and it makes an award-winning whisky, Kavalan, but is scarcely known to wine enthusiasts.

Asian consumers probably know the island best for Kaoliang, a sorghum-based firewater that tends to win few fans beyond the region.

Until 2002, alcohol production was a government monopoly that kept out private firms, yielding wine that was “very local”, for domestic consumption, said Chen.

Now the picture is set to change, after Chen worked with grower Hung Chi-pei at the Shu-sheng Leisure Domaine in Taichung to develop the wines that took laurels at France’s Vinalies Internationales competition that ended in March.

“Of course I was very happy. I never expected this and didn’t know we would win,” said Hung, standing in front of the vines at the vineyard that dates from 1957, and where barrels are stacked beside a traditional red-walled shrine.

Workers plucked bunches of green and red grapes, sorting them before placing the fruit on steel conveyors to be crushed.

Just 6,000 bottles are produced every year of the award-winning wines, based on a Black Queen varietal first developed by Japanese scientists, and priced at T$3,000 ($102) each, or far beyond most imported wine available in Taiwan.

“The style of the wine has to have local authenticity and it needs to meet certain standards. That’s why I always think that we need to prove our quality through competitions.”