Under US-Taliban deal, Afghanistan government has released more than 4,000 fighters while the group has freed about 700. 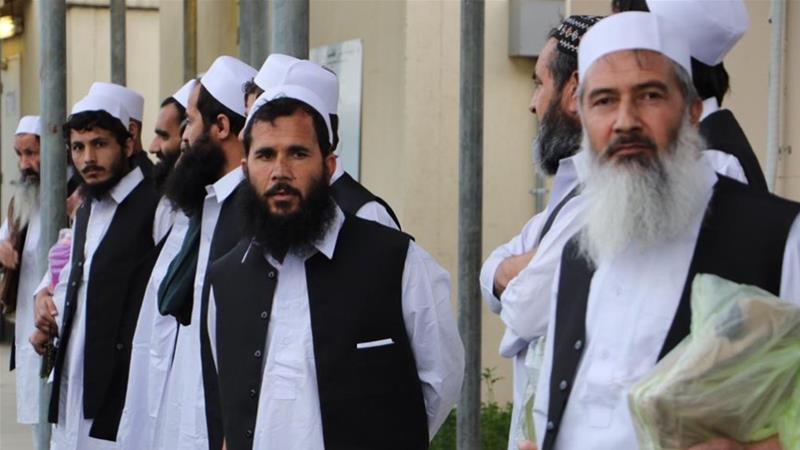 The Taliban has accused the Afghanistan government of recapturing previously released prisoners from its ranks, an allegation rejected by the Afghan authorities.

The government has released more than 4,000 Taliban fighters, while the group has released nearly 700 prisoners under a US-Taliban agreement that aims to pave the way for peace talks among the Afghans.

Suhail Shaheen, Taliban spokesman at its Doha office, on Saturday wrote on Twitter that the Afghan intelligence agency, the National Directorate of Intelligence, had conducted surprise operations against the released fighters.

He said the administration in Kabul would “bear responsibility for the consequences” if the alleged detentions did not stop.

Shaheen also said the released prisoners had adhered to instructions from the Afghan government to stay at home and not return to the battlefields.

But a spokesman for Afghanistan’s National Security Council Adviser, Javid Faisal, on Sunday said a number of released prisoners have returned to the battlefields.

Faisal also rejected the Taliban’s claims that there had been operations to re-arrest released prisoners.

Meanwhile, the US State Department in a statement on Saturday said its envoy for Afghan reconciliation Zalmay Khalilzad had set off to visit Doha and Kabul and press parties on “final prisoners exchange and reduced violence”.

The US is drawing down its troops in Afghanistan under the agreement with the Taliban struck in February. Khalilzad’s task is to try and bring all stakeholders in Afghanistan to the table.

His trip comes amid resistance from the Afghan government to release some 600 remaining Taliban prisoners and an escalation in violence by the Taliban.

The Afghan government said the use of violence by the Taliban to gain more in talks was the “worst approach” the armed group has chosen.

The Taliban, meanwhile, has criticised a UN Security Council report (PDF), released on June 2, which highlights factors that contribute to the fragility of the US-Taliban agreement.

“The member states of the security council must also not fall victim to false intelligence or give credence to the information by anti-peace elements who seek the continuation of war in Afghanistan,” Taliban spokesman Zabihullah Mujahid said in a statement.

The most notable finding in the 28-page-report was the alleged ties the Taliban maintains with al-Qaeda in Afghanistan.

“Relations between the Taliban, especially the Haqqani Network … and al-Qaeda remain close, based on friendship, a history of shared struggle, ideological sympathy and intermarriage,” said the report.

“The Taliban regularly consulted with al-Qaeda during negotiations with the United States and offered guarantees that it would honor their historical ties.”

But Mujahid noted that al-Qaeda fighters found “secure zones in their own countries and all left our country for their own homelands”.

The report also said there are reported divisions within the Taliban’s political office, a claim Mujahid described as a “fabrication”.

“We have proven the unity of our ranks, no individual has so far rebelled and there exists no evidence about anyone disobeying the leadership of the Islamic Emirate or joining another group,” he said.