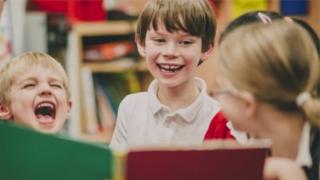 The taoiseach (Irish PM) has strongly hinted that he favours re-opening schools before the autumn.

Leo Varadkar said there is emerging evidence that re-opening schools and childcare facilities safely over the next few months is “among the safest things” that can be done.

He was speaking at a contact tracing centre in the heart of Dublin.

With exams cancelled, it was expected schools in Ireland would not re-open until after the summer.

The taoiseach said that Mike Ryan from the World Health Organisation had told him and Irish Health Minister Simon Harris there was “emerging evidence” that such a development would “allow children to return to education and to return to normal life”.

On Wednesday, it was announced that 10 more people have died with Covid-19 in the Republic of Ireland bringing the total death toll to 1,497. The country currently has 23,144 confirmed cases in total.

Mr Varadkar added that it was “very significant” that there is growing evidence that children are at the least risk from the virus and that they do not appear to be super spreaders.

He said that everyone wanted grandparents to be able to hug their grandchildren and that “assuming everything went in the right direction, it will be one of the actions that will be possible over the course of the summer”.

But hours after Mr Varadkar’s comments, the Republic’s Chief Medical Officer Dr Tony Holohan said he was not anticipating any changes in the planned return to school for children.

He said there were only a small number of studies that looked at transmission patterns among children adding that there isn’t enough evidence to say that transmission from children doesn’t occur.

The General Secretary of the Irish National Teachers Organisation (INTO) which represents primary school teachers has said safety is the main focus when schools reopen.

John Boyle told RTÉ said one of his union’s the biggest concerns was how to implement physical distancing when dealing with young infants, children with special needs, large groups of children in playgrounds, and parents dropping children to school.

A relaxation of rules was announced by the taoiseach at the start of May as part of a roadmap for lifting the current restrictions.

The roadmap outlined that creches, childminders and pre-schools will be opened for children of all other workers on a gradually-increasing basis, under Phase Four, starting on 20 July.

Primary and secondary schools and third level institutions were included in Phase Five, starting on 10 August.