Footage from this weekend shows mourners at the funeral of 18-year-old Abdullakh Anzorov – in his native village of Shalazi in Russia. Around 200 people attended the Muslim funeral in freezing weather conditions, with BAZA Media reporting Anzorov had been buried “with honours”. Video footage showed mourners chanting ‘Allahu Akbar’, meaning ‘God is great’, as they walked alongside his coffin.

Several clips were shared across a number of online platforms, with one carrying a message lauding him as “The Lion of Islam”.

A message with the video read: “The Lion of Islam has arrived to native soil today, and returned to the soil. No-one but Allah has strength and power.”

The killer, whose body had been returned from France on Saturday, was carried through the village by mourners in Urus-Martanovsky district.

Dozens of police sealed off the entrances to the tiny village of Shalazi to stop other people attending the funeral. 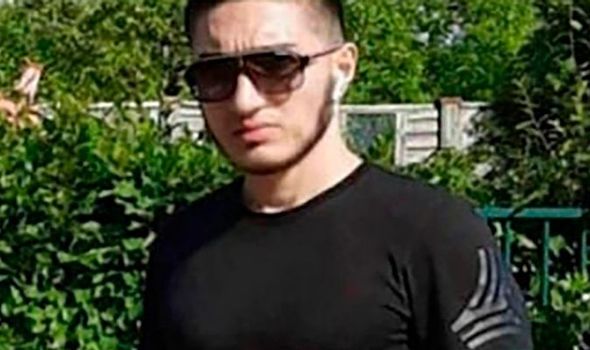 On October 16, teacher Samuel Paty was beheaded outside the gates of the college he taught pupils at, which is located in Conflans-Sainte-Honorine, north of Paris.

Anzorov was shot dead by French police shortly afterwards in the Paris suburbs.

The teacher was killed following a campaign launched online by Muslim parents angry at him for showing cartoons of the Prophet Mohammed to his students.

Mr Paty had used the cartoons from magazine Charlie Hebdo as part of a class on the importance of free speech. 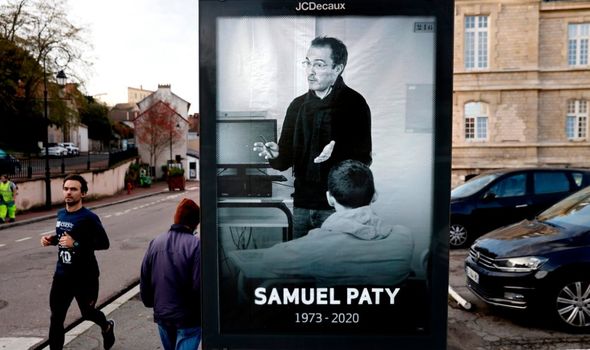 He reportedly asked Muslim students to leave the classroom at the time before he showed the cartoons as part of attempts to avoid causing offence to some pupils.

Anzorov allegedly told pupils he wanted to ‘humiliate and strike’ the teacher over the cartoons.

He later sent a message saying: “Say prayers for me. I will go through trials today and I hope that thanks to Allah’s help I will succeed.”

Last month, three students were charged by French police for identifying Mr Paty to Anzorov before he was killed. 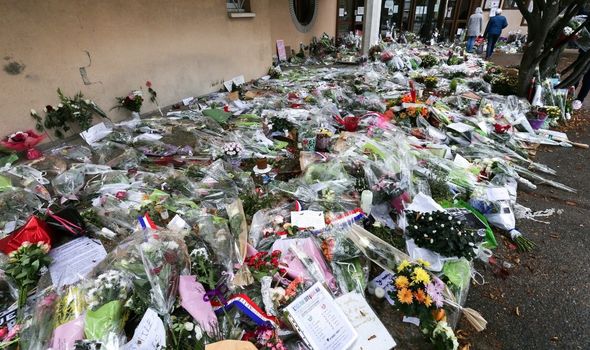 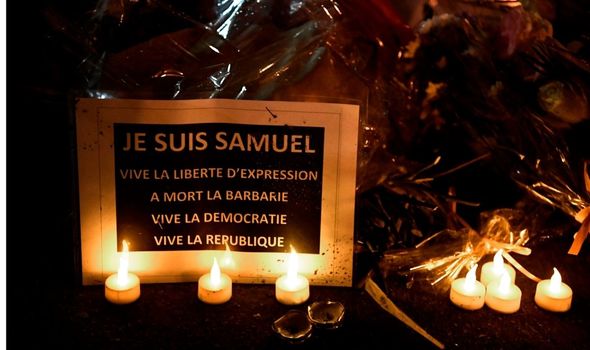 One other pupil was charged for lying after claiming she had been present when the teacher showed the cartoons.

But the beheading of Mr Paty has also triggered a horrifying war of words between France and Chechnya.

French President Emmanuel Macron said the killing was “a typical Islamist terrorist attack”, and that “our compatriot was killed for teaching children freedom of speech”.

However, Ramzan Kadyrov, the hardline leader of Chechnya, lashed out at the French President and said he was “forcing people into terrorism….not leaving them any choice” by justifying the cartoons.

But he was quickly slapped down by the Kremlin and warned to not comment on issues around foreign policy.

This sparked another furious response from the Chechen leader, who said: “I cannot and will not silently watch atheists scoffing at religion.”

Last month, Mr Macron warned of “terrorist breeding grounds” in communities across France where he claimed young children are being raised to despise French values in Islamic settings.

In a letter to the Financial Times, the French President said hateful comments “in the name of a distorted Islam” had led to the beheading of Mr Paty.

He wrote: “Since 2015 it has become clear, and I said this even before I became president, that there are breeding grounds for terrorists in France.

“In certain districts and on the internet, groups linked to radical Islam are teaching hatred of the republic to our children, calling on them to disregard its laws.”

He added: “If you do not believe me, read the social media postings of hatred shared in the name of a distorted Islam that resulted in Paty’s death.

“Visit the districts where small girls aged three or four are wearing a full veil, separated from boys, and, from a very young age, separated from the rest of society, raised in hatred of France’s values.”