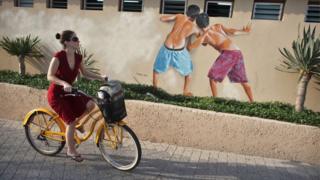 The Israeli authorities have covered over a mural known as Peeping Toms at a beach in Tel Aviv in response to an outcry over the suspected gang rape of a teenage girl at another beach resort.

The mural shows two young men in bathing suits peering inside what is the women’s changing room.

Almost 20 years old, it commemorates a 1970s film of the same name that was partly filmed at the beach.

Tel Aviv Mayor Ron Huldai tweeted (in Hebrew) that the time had come to cover it over after the alleged assault in Eilat.

“Freedom of expression and the arts are important values in our city but because the painting was seen as acceptance of a forbidden and criminal act, we have decided to say goodbye to it,” he was quoted as saying by Reuters news agency.

What are the allegations in Eilat?

Police launched an investigation this month into the alleged gang rape of a 16-year-old girl at a hotel in Eilat.

At least three people have been detained so far. One of the suspects said more than 30 men had had sex with the girl but denied rape, according to local media reports.

The men are accused of raping the teenager while she was intoxicated.

Last year, a 19-year-old British woman claimed she had been gang-raped by 12 Israeli men at a hotel in Cyprus. She was later found guilty of lying about being raped and given a four-month suspended sentence.

The case was denounced by women’s rights groups. The 19-year-old’s lawyer said she was appealing against her conviction. 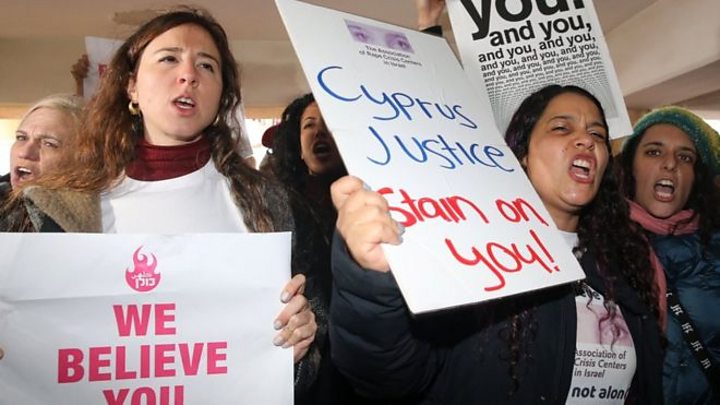