Thousands of people defied coronavirus restrictions to protest against a near-total ban on abortion in Poland in the largest show of defiance against the new law so far.

The centre of Warsaw was overwhelmed by protesters on Friday, with mayor Rafal Trzaskowski claiming around 100,000 took part in the march.

It was the culmination of nine days of protests against a ruling by Poland’s constitutional court earlier this month that abortion in cases of severe foetal abnormalities are unconstitutional.

The 22 October decision tightens the already strict laws on abortions in Poland, which ban them unless they are the result of rape or incest, they put the mother’s life at risk, or there are foetal deformities. 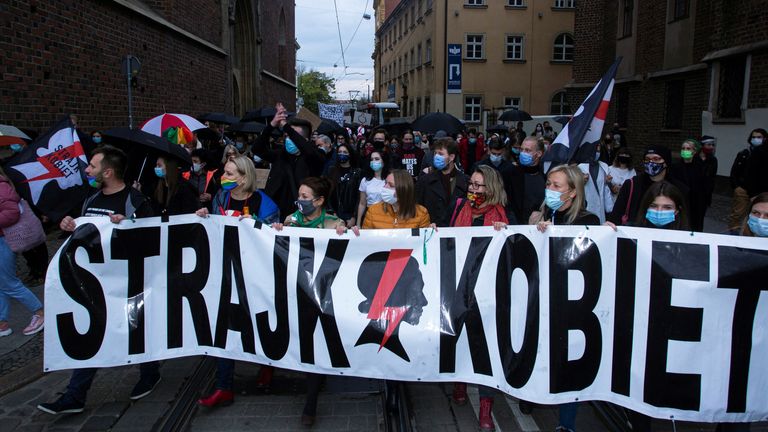 Activists see it as an almost complete ban on the right to a termination – as the overwhelming majority of abortions in the country are carried out because of foetal abnormalities.

After night fell on Friday, women marched through the Polish capital with placards saying “I wish I could abort my government” and “even Shrek wouldn’t want to live in such a swamp”.

The demonstration was due to end outside the house of Jaroslaw Kaczynski – the leader of the ruling Law and Justice party – but police blocked off the street some distance from his home. 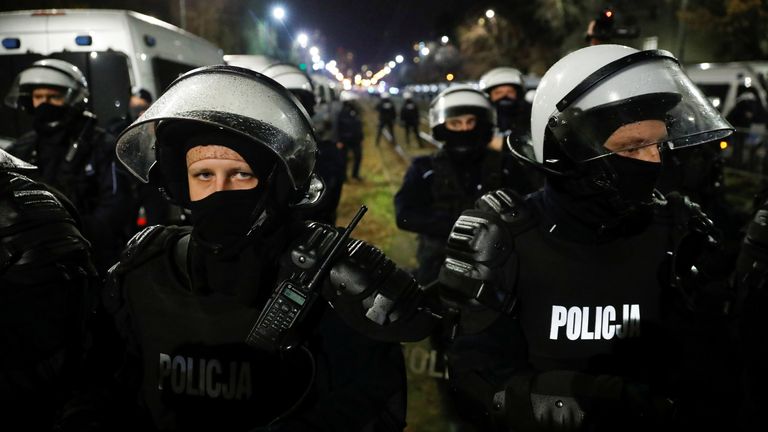 There was a large police presence as far right activists and football hooligans emerged to stage a counter-protest.

Over the past week, church services have been disrupted and priests confronted as activists hit out at the new Roman Catholic-influenced policy. 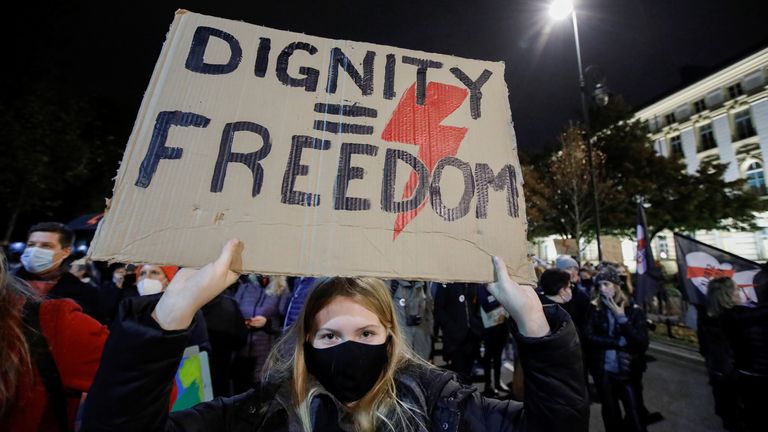 But the vast majority of the protests have passed peacefully, with music, dancing and men showing up in solidarity, sporting the red lightning bolt symbol that has come to represent the movement.

Klementyna Suchanow, one of the key organisers of the Poland’s Women’s Strike initiative, said she and many others refuse to be deterred by COVID-19 rules that ban groups of more than five. She said the ruling is a breach of human rights, adding: “This is about the freedom and dignity of people. The will of people to protest should be a lesson for anyone who wants to impose authoritarian ways.”

The government denies any human rights breaches. Poland’s abortion law – among the strictest in the world – was forged by political and Catholic church leaders in 1993 after the fall of communism.