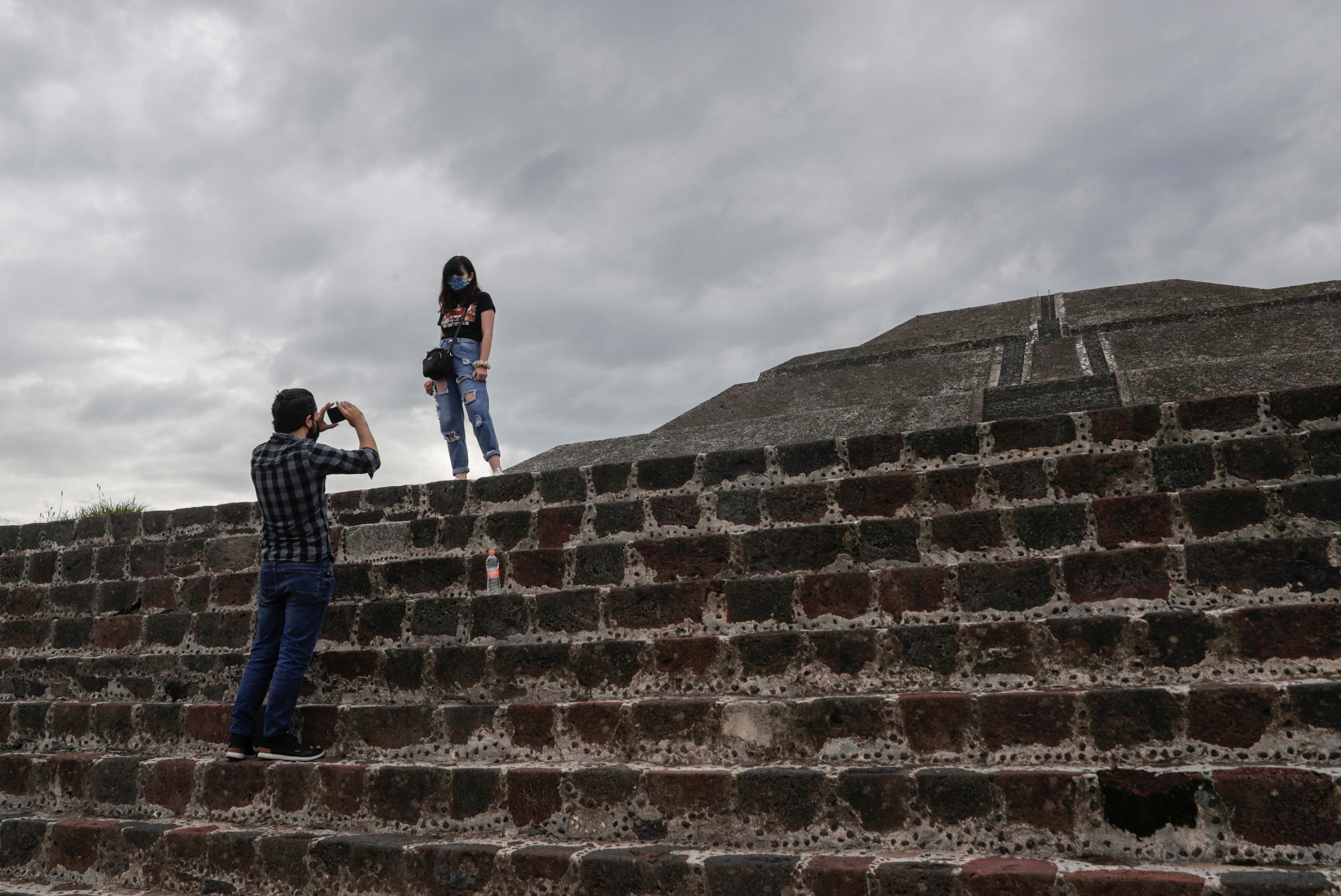 TEOTIHUACAN, Mexico (Reuters) – The massive temples and pyramids of Teotihuacan, one of Mexico’s top tourist destinations, reopened to visitors on Thursday, more than five months after closing in an effort to slow the spread of the coronavirus.

A trickle of tourists could be seen Thursday morning along the ancient city’s main thoroughfare, the so-called Avenue of the Dead, though they were not allowed to scale the site’s three tallest pyramids.

The main archeological zone will be limited to 3,000 visitors per day, with both temperature checks and masks required going forward. Two local museums will remain closed.

“I think it’s really important for the economy and for tourism that people can keep enjoying places like this,” said Spanish tourist Matte, one of the first to enter the monument, who declined to give his surname.

The reopening is also welcome news for vendors like Maria de Lourdes Guerra, who has been selling souvenirs at the site for 40 years and said locals were desperate to get back to work.

“People should come back and not forget about us,” she said.

Mexico has been hard hit by the global coronavirus pandemic, with nearly 650,000 total infections and almost 70,000 deaths confirmed to date by health authorities. Its total caseload is the seventh highest in the world, according to a Reuters tally.

Teotihuacan, located about 30 miles (50 km) northeast of Mexico City, was once the largest city in the Americas. Experts say the metropolis of around 100,000 people grew rich between 100 B.C. to 550 A.D. thanks to a bustling economy that produced crafts including razor-sharp obsidian blades for knives and weapons.

Designated a world heritage site in 1987, Teotihuacan remains shrouded in mystery. Its native language is unknown, as is the city’s original name; it was given the name ‘Teotihuacan’ by the Aztecs some eight centuries after its collapse. In Nahuatl, which is still spoken by several million indigenous Mexicans, Teotihuacan means ‘abode of the gods’.