Nearly 2,200 people also wounded in first half of the year, with women and children disproportionately affected. 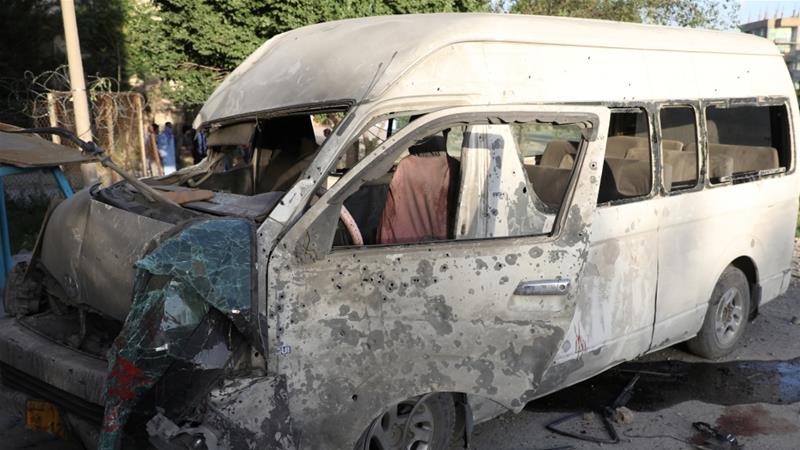 Almost 1,300 civilians, including hundreds of children, have been killed in Afghanistan in the first six months of the year, according to the United Nations.

In a new report published on Monday, the UN mission in Afghanistan (UNAMA) said the country remains one of the deadliest conflicts in the world for civilians.

It said it had documented at least 1,282 civilian deaths from January to June, with another 2,176 people wounded in the same period. Those numbers include 340 children killed and another 727 wounded.

“At a time when the government of Afghanistan and the Taliban have a historic opportunity to come together at the negotiating table for peace talks, the tragic reality is that the fighting continues inflicting terrible harm to civilians every day,” said Deborah Lyons, the UN chief’s special representative for Afghanistan.

The report identified anti-government armed groups such as the Taliban and ISIL (ISIS) as the main cause of the casualties, accounting for 58 percent of the victims. Pro-government forces were responsible for 23 percent of civilians killed or wounded.

The UNAMA figures represent a 13-percent decline on the numbers of deaths and injuries reported during the same time period in 2019. The report credited the drop in part to the reduction of operations by international forces in support of Afghan government forces and also to a decrease in the number of attacks by ISIL.

The number of casualties – meaning both those killed and those wounded – caused by government forces and the Taliban remained almost unchanged, however. Civilian casualties from Afghan army air attacks tripled compared with the first half of 2019.

Last week, a government air attack killed at least 14 people in western Herat province, many of them women and children.

Hundreds of people had gathered in the province’s Adraskan district to welcome home a former Taliban fighter freed from jail, when aircraft reportedly pounded the gathering. The governments said the attack was being investigated.

“I urge the parties to pause, to reflect on the chilling incidents and the harm that they are causing to the Afghan people as documented in this report, and to take decisive action to stop the carnage and get to the negotiating table,” said Lyons.

Women and children, who comprise more than 40 percent of total civilian casualties, continue to be disproportionately affected by the direct and indirect impacts of the armed conflict.

The report also noted that children in Afghanistan are especially vulnerable to abuse by all fighting sides, including being recruited for combat.

“During the first half of 2020, UNAMA verified the recruitment and use of 23 children by the Taliban,” the report said.

“The incidents involved boys ranging from 13-17 year olds,” the report added, children were “armed and trained by the Taliban to perform combat functions”, including suicide attacks against Afghan national security forces.

In February, the United States and the Taliban signed an agreement in Qatar’s capital, Doha, laying out plans for the withdrawal of foreign forces from Afghanistan in exchange for security guarantees from the group.

However, fighting has spiked in recent weeks, prompted by differences over an exchange of prisoners between the Taliban and the Afghan government, as Kabul proved reluctant to free hundreds of jailed fighters.

The Doha deal stipulated that the government would release 5,000 Taliban prisoners in exchange for hundreds of Afghan troops, which has been the main hurdle to starting peace negotiations between the two sides in the effort to end the 18-year-old war.

While the Afghan government has released more than 4,000 Taliban prisoners, it has refused to release another 600, saying they were involved in murder, illicit drug trafficking and major attacks.