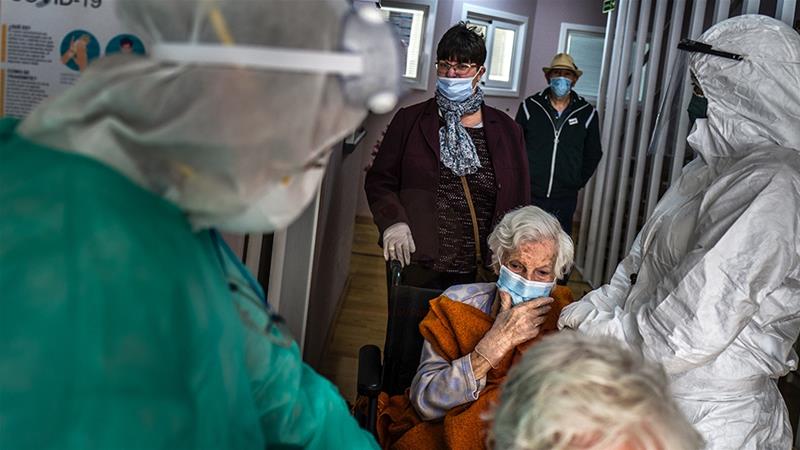 Madrid, Spain – They are used to saving refugees from the seas, but now, Spanish rescuers are using their expertise to help in the coronavirus pandemic.

Volunteers from Spanish NGO Proactiva Open Arms are taking patients who have tested positive with the novel coronavirus to hospitals and helping staff in care homes, where thousands of frail elderly residents have died.

The NGO is also working with homeless refugees and migrants to try to find them accommodation.

“They say that this virus is blind and it will affect everyone equally but that is not true,” Mar Sabe, a volunteer, told Al Jazeera.

“When you are living rough and you have nowhere to live in secure confinement, then you have a much higher chance of catching this virus.”

Sabe works to find teenage refugees and migrants places to stay, which are provided by the local authorities.

She also helps staff in care homes to test elderly residents for the virus.

“You see people in some care homes where the staff have hardly any protective equipment and others where they are well protected,” she said.

“Some of the residents have lived through the Spanish Civil War and the dictatorship of General Franco so they have been through tough times.” 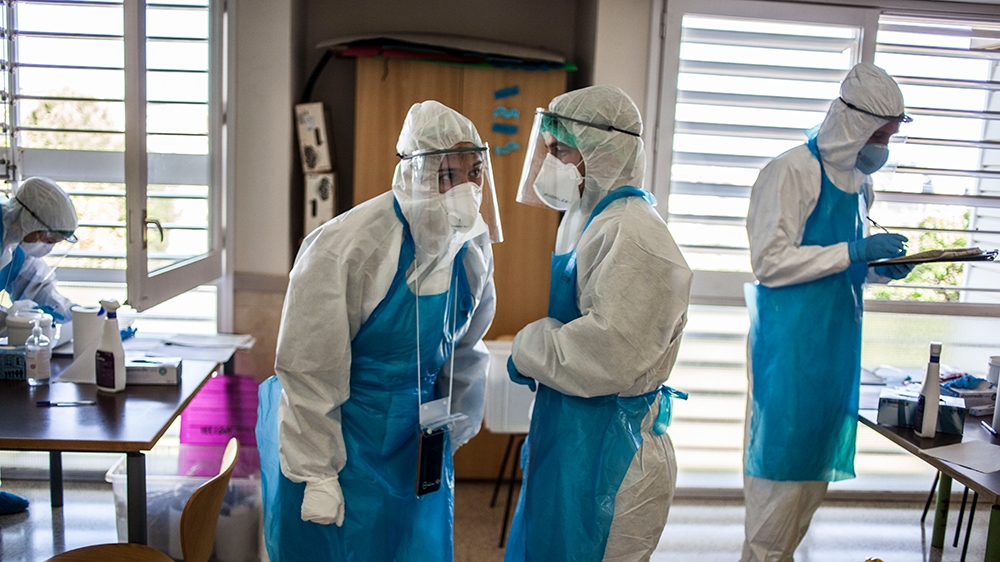 Proactiva Open Arms launched in 2015 at the height of what was Europe’s biggest refugee crisis since World War II.

Tens of thousands of refugees tried to escape the horrors of the Syrian civil war by fleeing to Europe across the Mediterranean.

Helped by the gift of a yacht from Livio Lo Monaco, a philanthropic Italian businessman who made his fortune selling mattresses, the charity started picking up people who were crossing in flimsy boats from Turkey to Greece and from Libya to Italy.

However, after the start of the coronavirus pandemic, the rescue organisation has focused on the crisis closer to home and started working with health authorities in Barcelona, where it is based.

“We are accustomed to dealing with a problem on the sea, helping migrants who are in difficulties,” Gerard Canals, Proactiva Open Arms director of operations, told Al Jazeera.

“It is different, but at the same these are both emergencies where people’s lives are at risk. We wanted to help.”

The organisation is also taking part in a testing programme for hydroxychloroquine, a malaria drug believed by some experts to help patients recover from the coronavirus.

Meanwhile, despite Spain imposing one of the most drastic lockdowns in the world last month, refugees and migrants are still trying to reach Spain by sea from Africa.

Since the state of emergency was imposed on March 14, the coastguard has picked up 745 people, including 551 in the Canary Islands, according to figures released by the Spanish interior ministry on Monday. That represented a 34 percent fall compared with the same period in 2019.

Paloma Favieres, director of policy for the Spanish Commission for Refugees (CEAR), said people trying to reach Spain by sea were now in a kind of limbo.

“After the start of the state of emergency, our government has not tried to return migrants who it wants to expel because their countries have closed their borders,” she told Al Jazeera.

“Most of the holding centres for migrants have been closed to avoid infections but not all. So the condition for these people varies.”

Favieres said in Melilla, a Spanish territory in North Africa bordering Morocco, about 1,600 migrants were held in a centre which was made for 782 people.

However, she said the centre was expected to close shortly.

CEAR, Oxfam and almost 200 organisations representing refugees and migrants have asked the Spanish government to speed up the legal process which would deal with 40,000 outstanding claims for asylum.