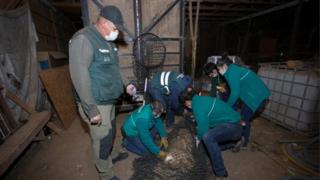 In the Chilean capital, Santiago, another cougar has been sighted wandering through a residential neighbourhood.

Officials caught the big cat and took it to the zoo to check its health, before releasing it back into its natural habitat.

Two other cougars have been caught since the city fell quiet amid the movement restrictions imposed to curb the spread of coronavirus.

“They sense less noise and are also looking for new places to find food and some get lost and appear in the cities,” Horacio Bórquez, Chile’s national director of livestock and agriculture service, said of the animals.

Experts say a severe drought in the foothills around Santiago means the cats are venturing further in their search for food than they normally would.

The most recent cougar to be caught was found inside an apartment complex. Officials have not yet said what state the animal was in.

The female cougar captured last week in Chicureo, just north of the capital, weighed 22kg (48.5lb) and was dehydrated and had multiple injuries, officials said.

The first cat to be captured, also a female, was said to be in excellent health.

The cougars are not the only animals to make an appearance in areas normally bustling with people.

The streets of the town of Llandudno in North Wales were taken over by mountain goats a few days ago, and peacocks have been seen in Bangor in the same region. 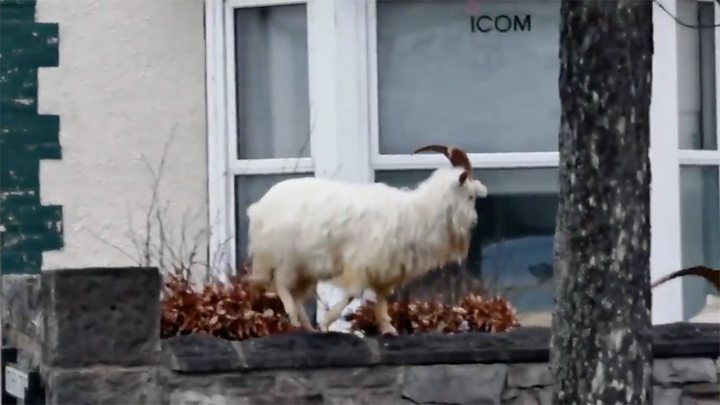 However, a video published on social media purportedly showing dolphins swimming in the canals of Venice turned out to have filmed 750km (465 miles) away.