Pro-Palestinian protesters stormed the Israeli border in both Lebanon and Jordan as the violence in Gaza threatens to spill over into the wider Middle East. The protests, formed in response to the ongoing Israeli strikes in Gaza, are expected to be even bigger today with buses organised to take protesters to Israel’s northern and eastern borders. One activist tweeted alongside a video showing dozens of buses: “Today will be a busy day on the Lebanese-Palestinian border.”

This comes after one Lebanese man was killed by the Israel Defense Forces (IDF) on Friday when the protesters stormed the border.

Demonstrators from both Lebanon and Jordan then cut through fences and set fires in the area.

They then made it past security forces and into Israeli territory before being pushed back. 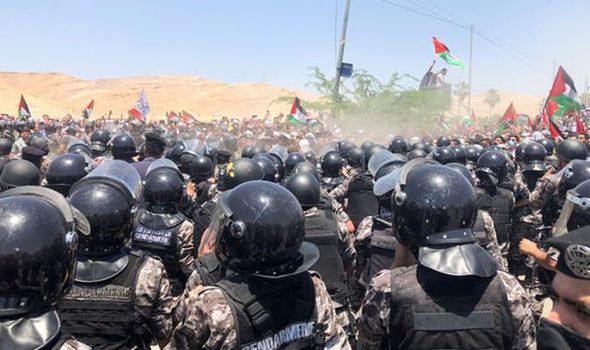 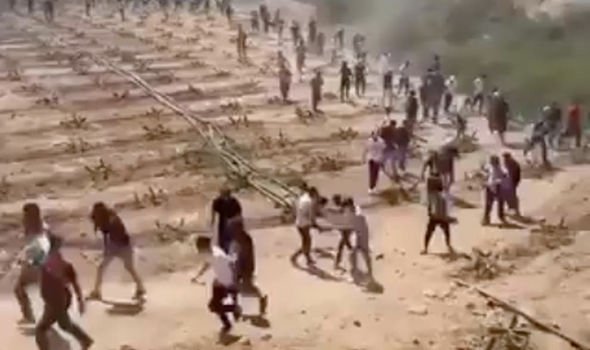 The Israeli army, who labelled the crowd “rioters,” said that its tanks fired a number of warning shots.

Jordanian riot police were also deployed in the stand-off, as they forcibly dispersed hundreds of pro-Palestinian protesters.

This comes after the IDF said that they thwarted a potential terrorist attack against Israelis from Lebanon overnight.

The army said that its forces spotted several individuals cutting the border fence and digging beneath it. 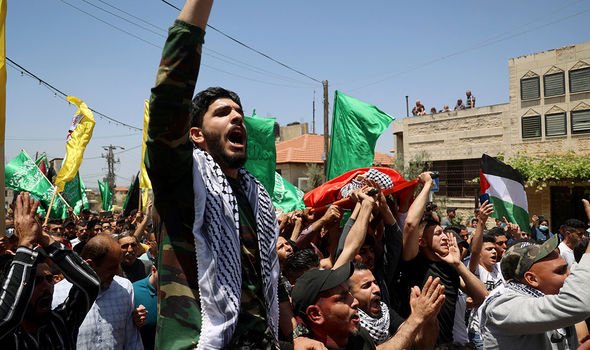 Warning shots from the IDF prompted the men to flee and later searches of the area revealed items suspected to be bombs.

The military said the evidence at the scene pointed toward a plan to infiltrate into Israel and carry out an attack.

This comes as fighting in the region entered its sixth day. 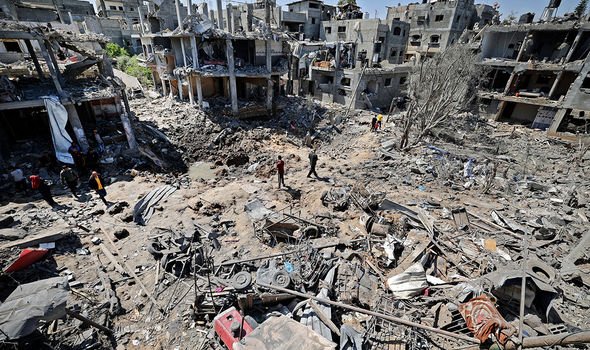 Health officials in Gaza confirmed two women and eight children were among the dead after a house was hit in the Shati refugee camp.

A US envoy arrived in Tel Aviv earlier this morning for de-escalation talks.

Hady Amr will take part in talks with Israeli, Palestinian and UN officials and reinforce what US diplomats said was the need for a “sustainable calm”.