A Team GB Olympian is selling some of his Tokyo 2020 merchandise on eBay to fund his preparations for the Commonwealth Games.

British hammer-throwing champion Taylor Campbell, 25, posted the link on his Twitter feed on Friday, offering a phone and earphones for sale.

Campbell, from Slough, is selling a limited edition Samsung Galaxy S21 with the Olympic rings etched onto it, as well as wireless Samsung earbuds. 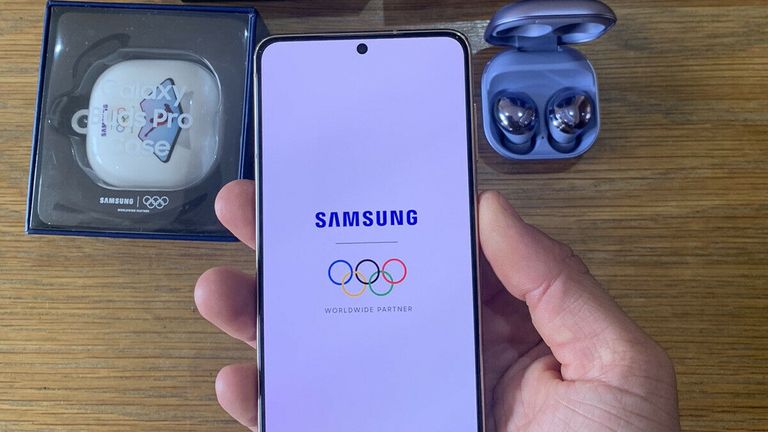 The listing is open to bids, with the highest offer currently standing at £2,330.

Taylor worked as a receptionist at a sports facility until February, but his contract was not extended due to lockdown-enforced closures, and he had to use his savings to get to the Tokyo Games.

He has now returned to the UK and while looking for jobs he thought he would sell the Samsung phone athletes were given by the Games sponsor.

“I get some funding from UK Sport but it’s not enough to live off,” Campbell told Sky News.

“Unfortunately making it to the Olympics doesn’t get you any more money, you do it for the pride.

“I am an iPhone guy and the Samsung will have just sat in a box as memorabilia, so I put it on eBay.

“It has blown up a bit and there has been an overwhelming amount of support.”

Campbell qualified for the Olympics after winning gold at the Muller British Athletics Championships in June, with a stadium record throw of 75.10m.

But he failed to make it through to the final in Tokyo, finishing 14th in his heat.

Despite not making it to the final, Campbell described the Games as an “amazing” but “strange” experience.

“It was a unique one – this Olympics was more about the journey to get there,” he said.

“The experience was a strange one but I did enjoy it because I had a good roommate.

“We didn’t get to see any of Tokyo and were in our room.

“The village was a bit more relaxed but some athletes did find it tough.”

Campbell hopes to keep progressing after his experience in Tokyo, firstly with the Commonwealth Games in Birmingham, then the European and World Championships, and then Paris 2024.

His participation will, however, be dependent on funding. 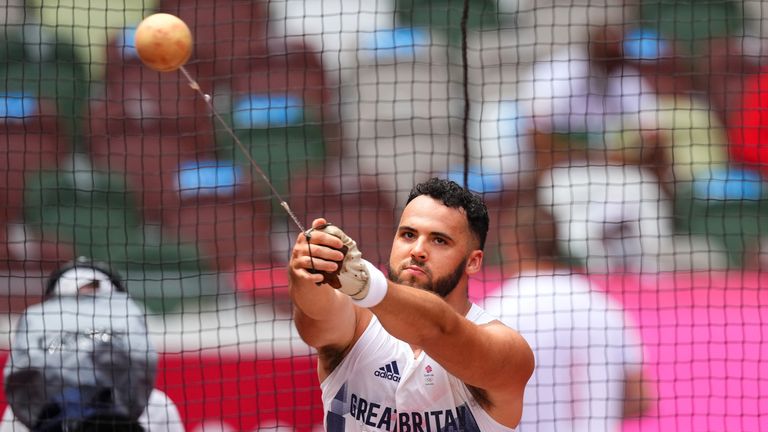 Funding has been a key question during this year’s Olympics, with some medal winners having to crowdfund their journey to Tokyo.

BMX gold medallist Beth Shriever had to fund herself after British Cycling decided to stop funding female BMX riders in 2017 because no British women qualified for Rio 2016.

Shriever and her coach decided to create their own support package close to her Essex home, with the help of crowdfunding.

She worked part-time at a nursery and raised £50,000 to travel to qualifying races.

In 2018 UK Sport removed the stipulation banning British Cycling from investing in female BMX riders so it was then able to support Shriever in the run-up to Tokyo.

The team’s central contracts ended last August as the RFU looked to cut costs during the pandemic.

“Unless the unions pull their fingers out, it is not going to be exciting much longer,” he said.

“Off little funding, we can do that. Imagine what we can do with proper funding.

“If you look at who has done well in this tournament, New Zealand, Argentina and Fiji have had full programmes the entire time.

“You cannot compete on this level unless it is properly funded.”