Donald Trump had forecasted a COVID-19 vaccine prior to the 3 November election day.

In a failing campaign, it might have given him a bounce he needed, but the magic wand didn’t work.

It was the rabbit that stayed in the hat. The first Pfizer vaccine wasn’t announced until six days after America went to the polls. President Trump calls it a conspiracy, but has not provided evidence to support his claim.

When Pfizer made its 9 November announcement, he tweeted: “As I have long said, @Pfizer and the others would only announce a vaccine after the election, because they didn’t have the courage to do it before. Likewise, the @US-FDA should have announced it earlier, not for political purposes, but for saving lives!”

A quick fact-check offers a contradiction.

Vaccine studies are overseen by independent scientists and statisticians.

In fact, the vaccine Mr Trump needed was one to safeguard against his own political instincts.

Having neglected to implement a coordinated federal plan to tackle coronavirus from the beginning, America’s rates of infections and deaths soared.

When he urged the country to open its schools and businesses, the figures soared higher.

Currently, they are increasing further still, and steeply.

President Trump knew the importance of the economy, and economic activity, to his re-election.

The political messaging was duly all about how coronavirus would “disappear”, “go away,” “be eradicated”.

And yet, Americans – too many for his choosing – saw the folly of it first-hand.

The president told them that the pandemic was in retreat at a time when life experience told them it was on the rampage.

People were dying, hospitals were full to overflowing and millions were losing their jobs. 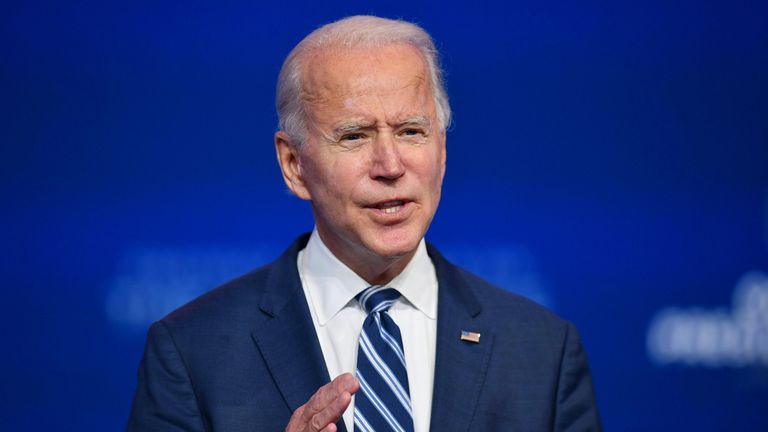 The virus increasingly took hold of the population and of the economy, by the throat.

In a full-blown crisis, slogans only sit with the untouched.

Too many people have been affected by coronavirus in the US, and too many lives are filled with its suffering to listen to empty promises.

The prospect of a vaccine was, of course, welcome but it was never a magic bullet.

Even now, following news of the Pfizer and Moderna discoveries, the trajectory reaches far into 2021.

And the pandemic continues to get worse.

The US is witnessing a sharp increase in cases – already, more than 11 million people have been infected and a quarter of a million have died.

It is the single biggest challenge facing President-elect Joe Biden as he prepares to take office.

The Biden team has had to resort to “back-channel” contacts to get a handle on the knowledge it needs to contain the virus and save lives.

It is the politics of denial and self-interest over the good of the country. Not for the first time.