WASHINGTON (Reuters) – President Donald Trump will receive recommendations this weekend from his advisers about the next steps in the battle to stop the coronavirus and reignite the U.S. economy, Vice President Mike Pence said on Thursday. 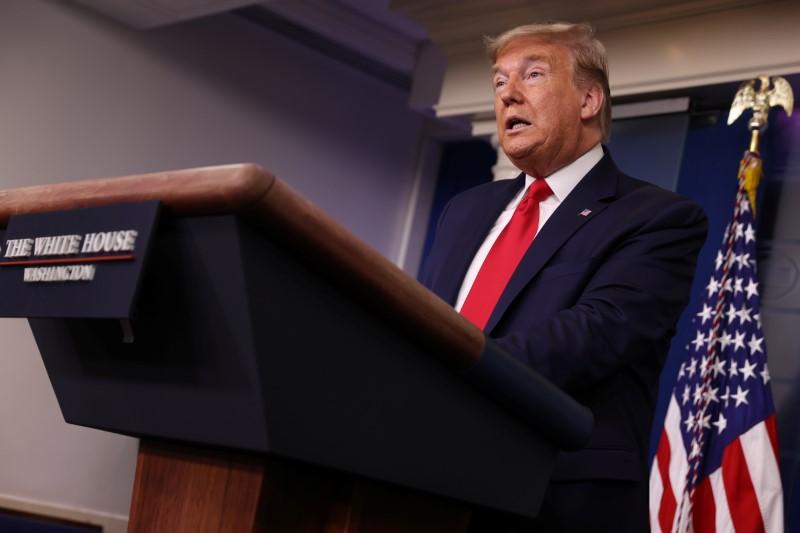 Trump has been pressing for days to get the economy moving again despite an increasing number of U.S. coronavirus cases that the strict measures recommended by his advisers are meant to curb.

Trump and his coronavirus team on March 16 put in place recommendations for people nationwide to reduce social and professional interactions for 15 days, including by schooling children at home and not gathering in groups of more than 10 people.

Pence said that as day 15 approached, the president’s advisers planned to deliver recommendations to him based on the latest data.

“We’ll be presenting this weekend (to) the president a range of recommendations and … additional guidance for going forward,” Pence said, adding that the president had made it clear that he wants to “‘open the country up.’ But we’re going to do that responsibly.”

Trump said he had told state governors earlier in the day in a letter that his administration would be updating its guidance on social distancing related to the pandemic.

“We will vanquish this virus,” he said. “We have to get back to work. Our people want to work.” The president has said he would like the economy to open up again by Easter on April 12.

Trump said he was likely to speak with President Xi Jinping of China later on Thursday and cast doubt on the figures provided by Beijing for coronavirus cases. Meanwhile, the number of reported infections in the United States rose to at least 81,378, according to a Reuters tally, surpassing China and Italy to become the most in the world.

Trump has praised Xi’s handling of the coronavirus while also emphasizing that the disease originated in China and accusing the country of not being transparent enough about it.

Trump, who has been holed up in the White House for nearly two and a half weeks as political rallies and other trips were canceled, said he planned to visit Norfolk, Virginia on Saturday to send off the Navy’s USNS Comfort hospital ship as it sails for New York City. It is expected to arrive on Monday.

“I’m going to go out and I’ll kiss it goodbye,” Trump said.

A second Navy hospital ship, the USNS Mercy, was dispatched to Los Angeles from San Diego earlier this week.

The president called on the House of Representatives to pass a $2 trillion stimulus package to fight the coronavirus right away after the Senate passed the bill on Wednesday. House Speaker Nancy Pelosi has said she expects the chamber to pass the bill on Friday.