Turkey rounds up hundreds for social media posts about coronavirus 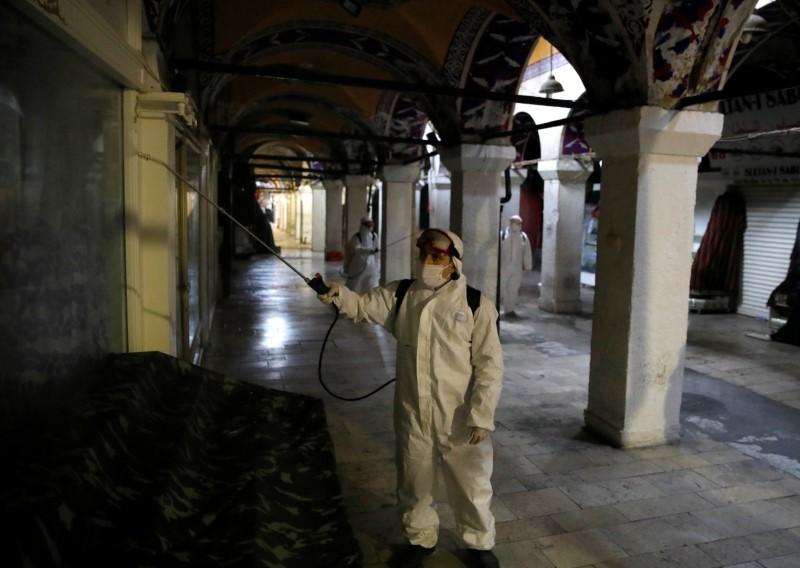 ISTANBUL (Reuters) – Turkey has arrested 410 people for making “provocative” posts on social media about the coronavirus outbreak, its interior minister said on Wednesday.

Interior Minister Suleyman Soylu praised Turks for complying with social distancing measures imposed so far to curtail the spread of the disease, and said this meant tighter controls such as a curfew may be unnecessary.

Turkey has shut schools, cafes and bars, banned mass prayers, postponed sports matches and suspended flights. The number of confirmed cases of the virus in Turkey rose by 343 to 1,872 on Tuesday. Forty-four people have died.

Soylu noted that since the restrictions were put in place, the number of passengers on inter-city buses had fallen 83% and traffic intensity within 15 major cities had fallen 65%.

“So far, our citizens are complying to the highest level with all the measures we have imposed. This is a particularly good point for us,” Soylu said in an interview with broadcaster TV 24. “As long as citizens observe their own emergency rules themselves, it may not be necessary for now to take tighter measures.”

The minister said almost 2,000 social media accounts had been identified making provocative posts about the outbreak, resulting in the detention of 410 people “attempting to stir unrest”.

He said that most of the accounts were linked to militant groups, without giving further details of the identities of the suspects.

Some of the arrests were over posts that showed youths mocking elderly people for venturing outside during the lockdown, he said. Such posts have been a source of public anger in Turkey.

Turkey’s leadership has been accused in the past by rights groups and political opponents of cracking down on social media to limit criticism. The government says its strict monitoring of social media is necessary to guarantee public safety.