A hot Iberian plume will blast many parts of the UK on Friday with most Britons experiencing temperatures into the high 20s. Traveling to Spain this summer might be tricky for some as Britons returning to the UK will have to self-isolate for 14 days.

But with a sweltering heatwave coming to the UK from Spain in just a few days, there is no need to brave the travel restrictions.

Netweather forecaster, Jo Farrow, said: “Iberia currently has heatwave warnings with temperatures inland for Spain and Portugal in the high 30s, even up to 40C.

“This very warm air will be pulled right up through the UK, peaking on Friday.”

Before Friday’s scorching temperatures, Thursday is also set to be a blistering day for some who may need to grab their sunglasses and SPF. 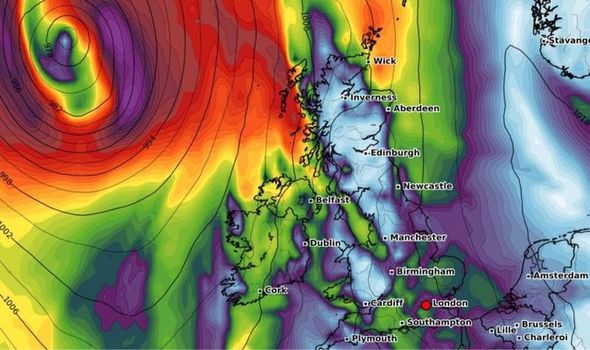 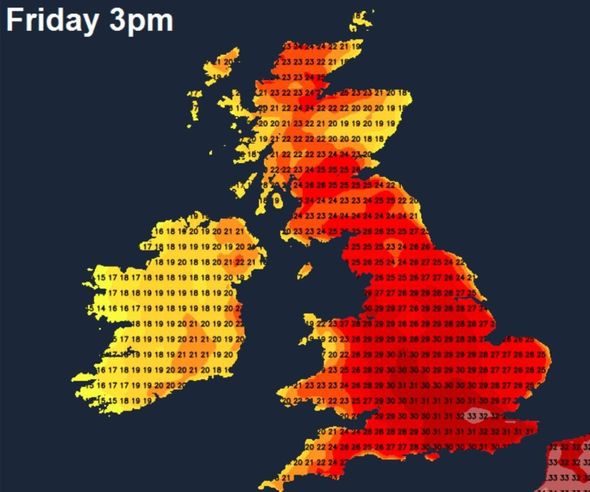 Temperatures on Thursday for the southern half of the UK will rocket into the mid to high 20sC.

The UK will stay hot overnight with London peaking at 28C on Thursday and only reducing to 20C in the evening. 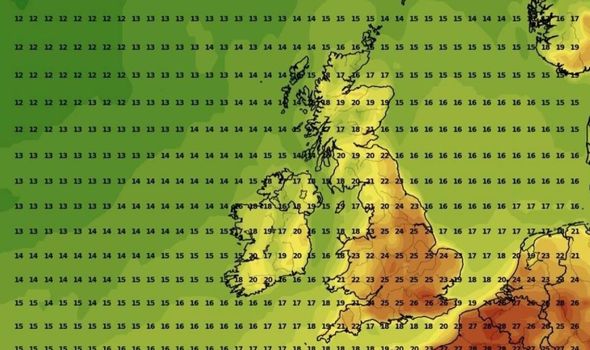 The Met Office said: “By Thursday night the low pressure will start to draw up warmer air from the south leading to a hot day on Friday, especially in the south.”

By Friday, temperatures will sky rocket above 30C.

Ms Farrow added: “Most of the UK will see temperatures over 20C on Friday with Greater London and home counties most likely to see 33C. 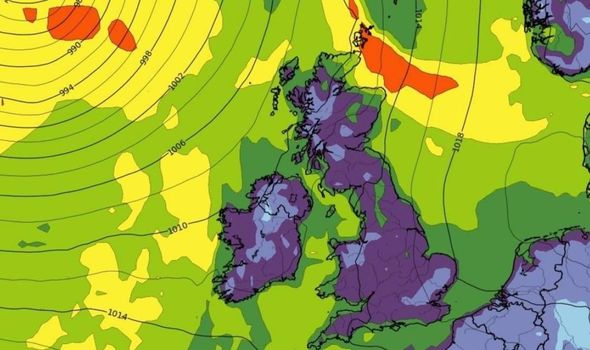 According to the Met Office, UV levels will be high in most parts of the UK on Friday.

Thankfully there will be a brisk south-easterly wind over Britain to attempt keep the air fresh during the sweltering heatwave.

If your planning to head to the beach during the heatwave it could be a bit gusty. 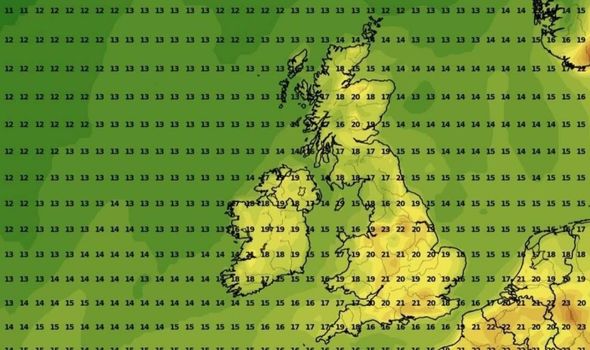 Friday evening will be warm and muggy in eastern England before a cold front sweeps in.

Met Office Deputy Chief Forecaster, Brent Walker, said “There is quite a change in the weather coming by the end of the week, with increasing sunshine and a day of hot conditions on Friday.

“It won’t persist long enough to become a heatwave as a cold front moves in on Saturday, bringing the temperatures back down to around average for the time of year.”

From Sunday and Monday the weather will be more unsettled as the heat frenzy comes to a crashing pause.

Temperatures across the UK will return back to the teens and low 20s next week.