Southeastern parts of England could be hit with hot air over the Easter Weekend, following a cold start to spring. Temperatures could soar to 19C in Essex, in the southeast of England on Friday, April 2, which is also Good Friday, according to WXCHARTS. Elsewhere, London could bask in 18C on the same day, while further west, Birmingham could see 17C.

Northern regions are expected to be slightly cooler over the Easter weekend, with Newcastle expected to see 10C and the Yorkshire Dales hit with 13C.

Brian Gaze, a forecaster at Weather Outlook, expected temperatures to become “quite warm” as April arrives, although there may still be occasional outbreaks of rain.

His long-range forecast said: “Close to average temperatures are forecast when taken over the period as a whole and in the south during drier spells it may feel quite warm.

“Mixed weather is expected, with showers or longer outbreaks of rain spreading across the whole of the country on occasion. 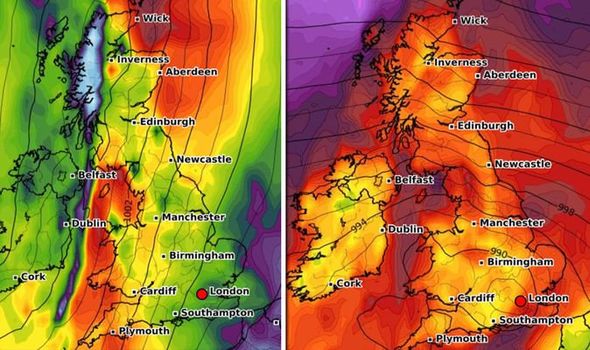 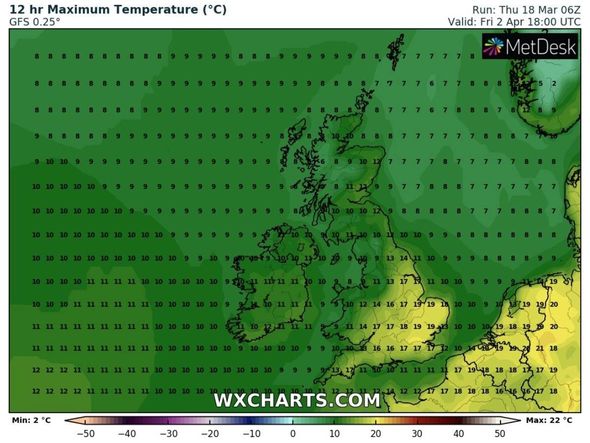 “Despite that drier periods are likely too, particularly later on.”

He said: “This year seasonal computer models and recent climatology are favouring a warmer than average season.

“The signal for this is relatively strong in the context of the above. 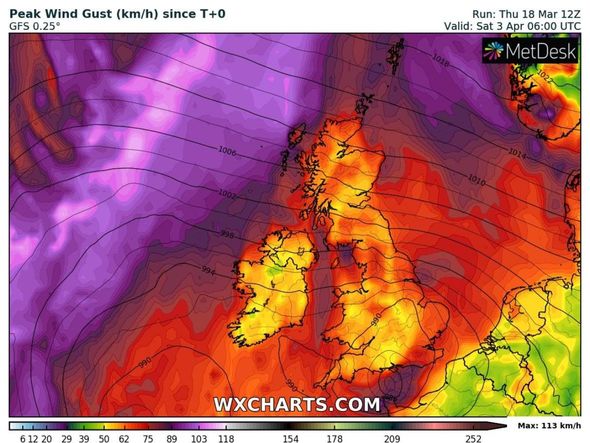 “The signal for precipitation amounts is weaker, as is usually the case.

“Nonetheless, there are indications of rain amounts being below the 30 year average when taken over the three month period.

“During April and May warmer periods are expected to more than offset cooler ones.

“Precipitation amounts are forecast to be below the average, although the increased chance of heavy showers and thundery weather in the southern half of the UK during the second half of May is noted.” 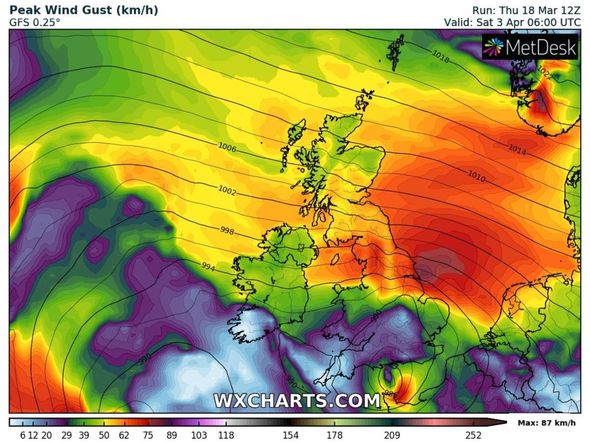 The Met Office predicted “dry and bright weather” at the start of next month as Easter Weekend arrives.

The forecast between Thursday, April 1, and Thursday, April 15, said: “Going into April, settled conditions are likely to continue in southern and eastern areas, where a good deal of dry and bright weather will occur.

“The weather in the northwest will be changeable and unsettled, and there is a slight possibility that some of the wet and windy weather may push southwards into central areas at times, allowing clearer but showery weather into the northwest.

“Conditions look to be drier than average for most. 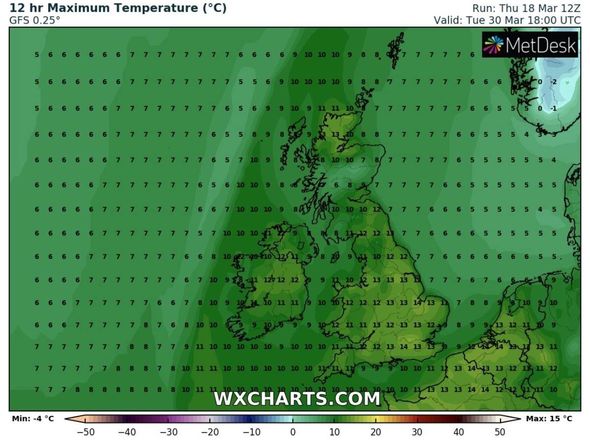 “Temperatures are expected to be near to or milder than average, with any cooler interludes likely to be short-lived, and mostly in the north.”

The forecast said: “Moving into April, the outlook is very uncertain.

“While models tell one story, our statistical forecasts (where we examine previous years with similar large-scale weather patterns around the globe) are for another. 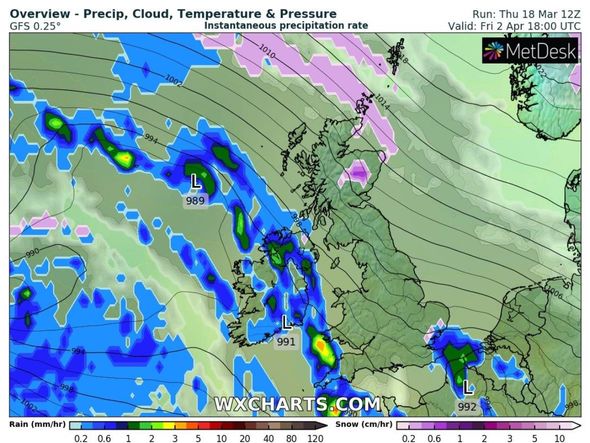 “Looking at the computer models first, they suggest a re-build of high pressure, bringing a return to generally settled weather by the second week of April, with less wind and rain than normal during this part of the springtime.

“Temperatures would most likely be close to normal during the day, but the nights could be rather chilly in places, and perhaps foggy.

“The computer models have been consistently forecasting a very dry, high pressure dominated pattern all through March which has so far failed to materialise.”