Low pressure is predicted to push easterly winds into the UK during the first part of February, bringing snow and sharp winds with them. Eastern Scotland is expected to be blasted with 18 inches (46cm) on the first day of next month, the latest snow depth models from WXCHARTS show. The charts show the east of the country turning purple to signify deep snow, which could deepen by Monday, February 8, as 23 inches (59cm) could settle on the same region.

Northumberland and Lancaster is forecast to see 6 inches (17cm) of snow on Wednesday, February 10.

Temperatures in Scotland could also plunge to a bitterly cold -9C on Saturday, February 6.

February is predicted to also start on a chilly note for the north west with -3C hitting the Lake District.

Other northern areas including Liverpool and the Yorkshire Dales could be struck with a fierce subzero -6C on Tuesday, February 9. 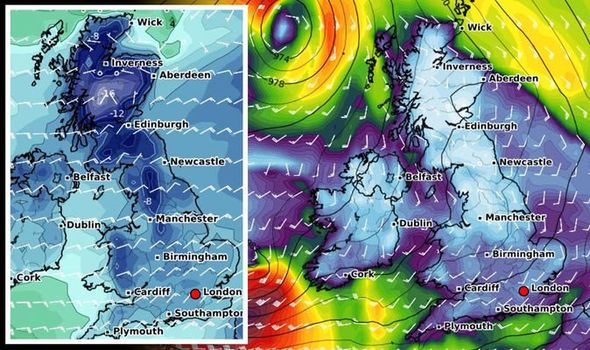 South eastern regions are likely to average 0C most days during the first week of February.

Gavin Partridge from GavsWeatherVids issued a warning of easterly winds smashing into the UK from the Arctic region on February 4.

He said: “High pressure is building between Iceland and Norway and we start to pull in a very cold easterly wind.

“This is actually unleashing the beast with bitterly cold air moving in from the east. 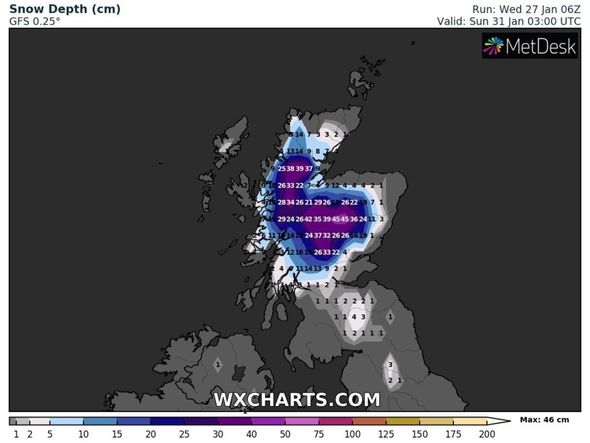 “With that bitterly cold air, there will be a risk of snow, particularly for eastern parts of the country.”

Mr Partridge added there could be a “big snow event” towards more southern parts of the UK on February 9, potentially causing brutal blizzards.

He said: “Low pressure is having a go at moving into that cold air, with a big snow event around February 9, particularly focused on England and Wales.

“This will bring heavy snow and probable blizzards with that.” 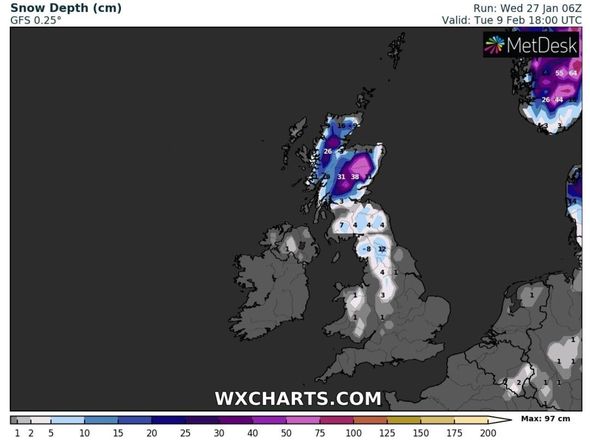 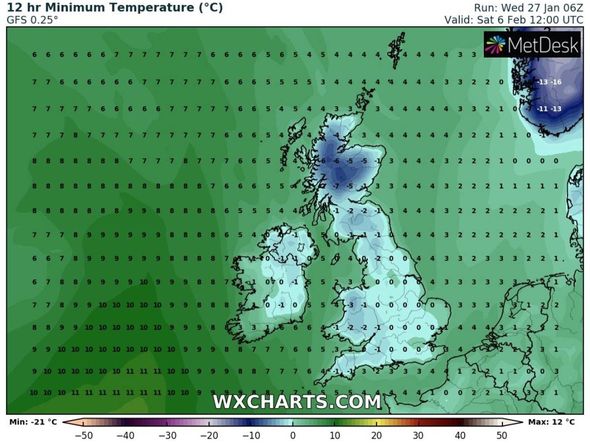 The forecast said: “Although confidence at this range is low, current signals suggest that high pressure could be positioned over the north of the UK during this period.

“This would likely bring wintry outbreaks and colder than average temperatures to northern areas, as well as increasing the likelihood of more widespread cold spells.

“Any periods of milder, unsettled weather are more likely to be confined to central and southern areas, where greater than average rainfall is predicted. 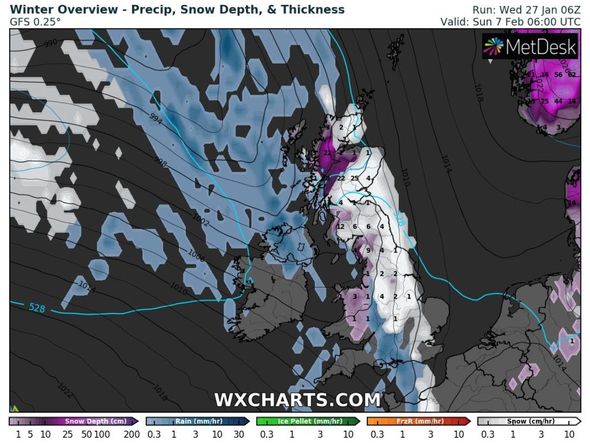 “There is a continued risk of significant snowfall events on the boundary between colder and milder airmasses, with snow possible to low elevations.”

The BBC’s long range outlook added the cold front may become “more dominant” as February progresses, which could result in snow falling on low levels.

The forecast added February could end up being colder than January’s deep freeze.

The forecast between Monday, February 8 and Sunday, February 21, said: “For the UK, the colder airmass will move in from the north and bring temperatures consistently below average. 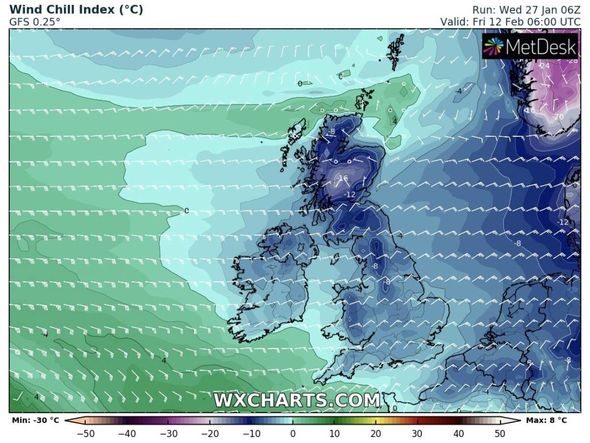 “This will also be a drier airmass so precipitation will be less frequent, but there will be a growing risk of lowland snow from any showers that do manage to develop.

“This will be a gradual change though, likely taking place over several days through mid-February, so there will still be some wet, windy, and mild days at first.

“By the third week of February and beyond, the colder and drier pattern looks to be more dominant. The colder airmass will help create some sharp frosts overnight for much of the country.

“Despite the days growing longer as we head to the end of meteorological winter, late-February could well end up being colder than late-January as airmasses continue to shift around.”