UK weather forecasters have heralded a miserable start to autumn for most of the country, with rain from last week set to continue into this week. Harsh rain and wind starting on Friday forced the Met Office to issue several weather warnings, including two amber alerts for flooding. One of these fell over Scotland, and while it has now passed, the country will see the UK’s first snow this weekend.

Maps from WXCharts show Scotland will remain rainy, with successive bands pouring out more than one millimetre of water towards the end of the week.

By Friday, however, this will start to mix with one or two flurries of snow.

According to WXCharts, the first snow will descend west of Inverness by 6am on the day.

The shower will pour out roughly one millimetre of snow, but less than one will settle over the area. 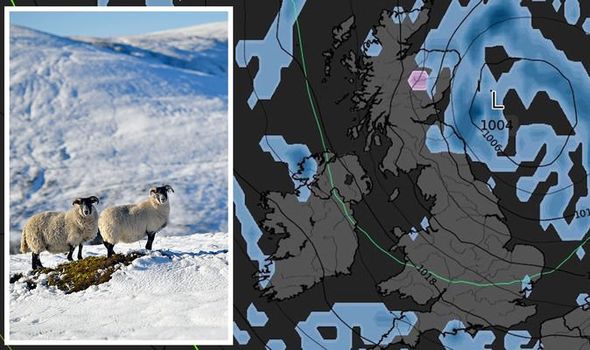 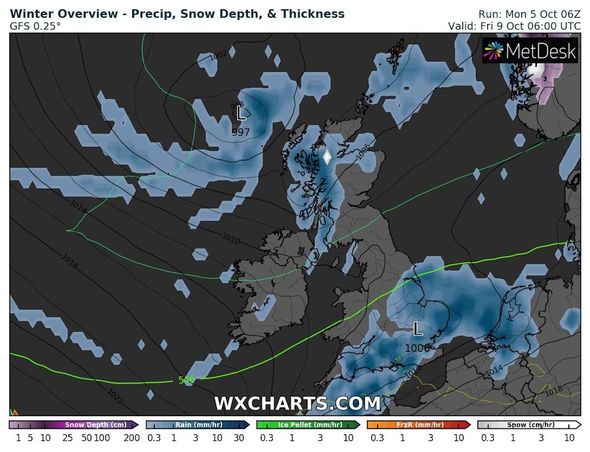 The flurry is one of two which forecasters have pinpointed so far, as a second will come just under 24 hours later.

WXCharts also identifies a second snow shower to the south of Inverness, and west of Aberdeen.

The shower starts at 3am on Saturday, and will continue until 6am the same morning.

The weekend will see slightly more snow settle over the Highlands. 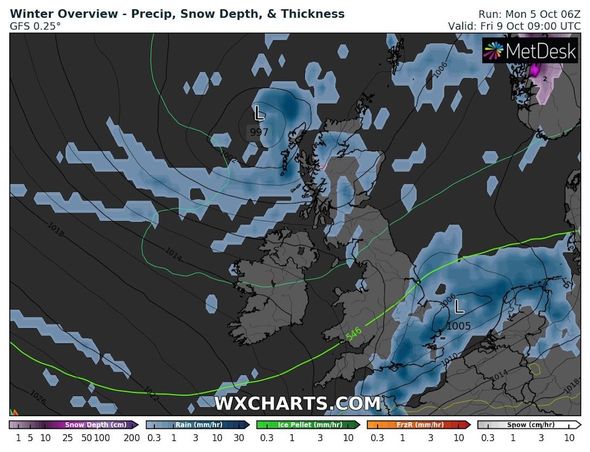 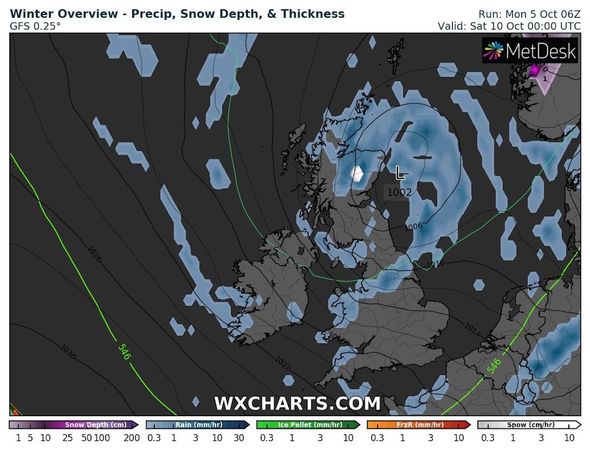 WXCharts guides show one to five millimetres in total, just under a quarter of an inch.

The first glimpse of snow will come as a one-off, however, as forecasters have not indicated any more snow up to October 21.

Scotland will remain primarily wet for much of the month, alongside the rest of the UK. 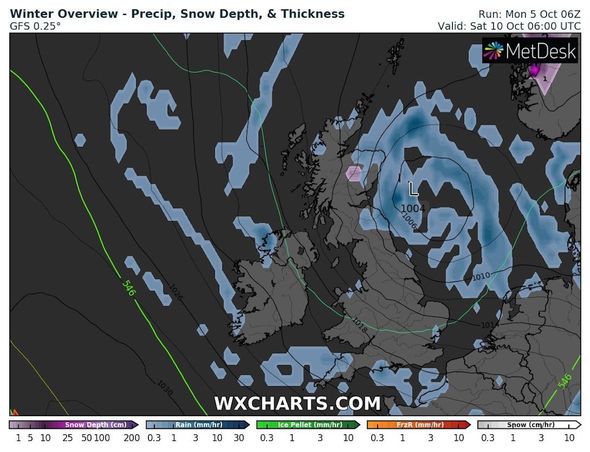 The latest Met Office forecast for October 9 to 18 states “unsettled” weather will continue, with space for potential gales.

The forecast reads: “Unsettled weather is likely to dominate early in the period, with all parts of the country seeing showery spells and periods of more prolonged rainfall.

“The best of any drier interludes will be in eastern and southern parts of the UK.

“It will feel rather cold and often be windy, with a risk of gales, especially in the north and west.”

“It is expected to turn drier and more settled overall through the following week with spells of fine weather between the bands of rain becoming much more widespread and long-lived.

“Temperatures should begin to return to near normal for the time of year, although overnight these calmer conditions will allow frost and fog to form more readily, particularly in the north, which could linger well into the daytime.”

The later forecast, which covers October 19 to November 2, predicts more of the same but punctuated by some drier spells.

The Met Office added temperatures would rise slightly, with additional risks of frost and fog at times.