A group of private pharmaceutical companies and Cambridge University will produce 30,000 tests a day, said officials. 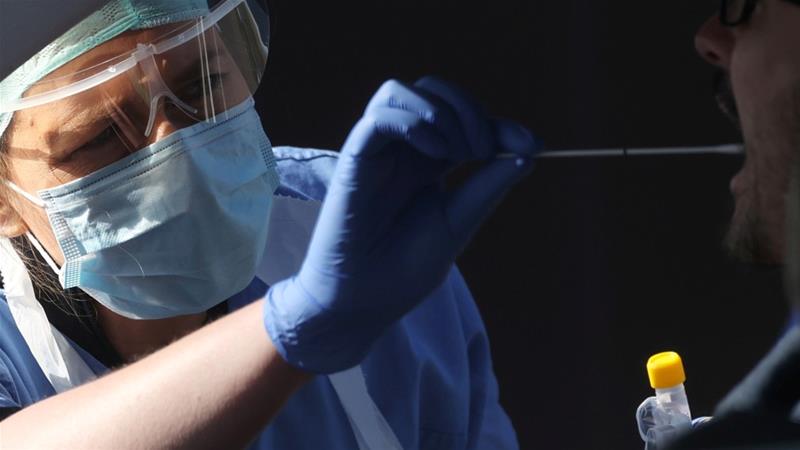 Millions of coronavirus tests will be distributed in the United Kingdom in the coming months, officials have pledged, following criticism that the government has moved too slowly.

After England’s chief medical officer conceded on Tuesday that there were lessons to be learned from Germany on testing, the Conservative government is again turning to the country’s private sector, saying it aimed to roll-out a partnership with private firms that would help it hit its 100,000-tests-a-day target by the end of April.

The UK government has been criticised for not joining a European Union-wide procurement programme for bulk-buying medical equipment such as ventilators and opting to ask British engineering firms to reorientate their operations towards designing and building new models. But few of the 22,000 ventilators needed – including 10,000 offered by longtime Conservative Party associate James Dyson, the founder of vacuum cleaner manufacturer Dyson Ltd – have arrived in hospitals, as the UK approaches what it believes will be the peak week for pressure on the health service.

The UK’s coronavirus death toll has risen by a daily record of 938 to 7,097 as of 16:00 GMT on April 7, it was also announced on Wednesday. But the number of new infections and hospital admissions in the UK were beginning to show signs of flattening, Stephen Powis, medical director of the National Health Service, told a news conference.

Foreign Secretary Dominic Raab, who is deputising for Prime Minister Boris Johnson while he is hospitalised with COVID-19, the disease caused by the virus, said on Wednesday that the UK was making progress towards its daily testing target – but there was “more work to do”.

A further announcement on April 2 revealed that the 3.5 million antibody tests purchased by the government did not work. 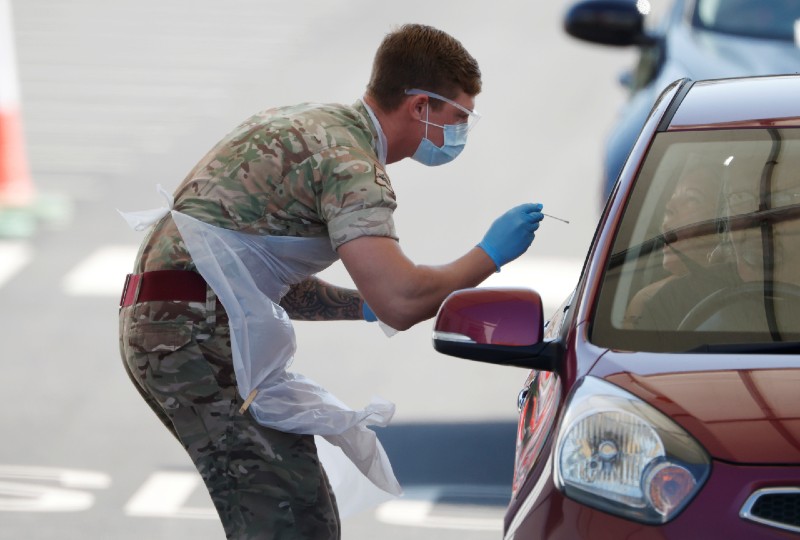 But the Department of Health said on Wednesday that a new testing laboratory set-up by AstraZeneca, GSK and Cambridge University would aim to carry out 30,000 tests a day by May, and Thermo Fisher would continue to supply the UK with testing kits and aim to scale up manufacturing.

“Testing capacity now is not what we would like, but it is by no means inconsiderable in terms of what we need,” Newton told a committee of members of parliament on Wednesday.

“We do anticipate that the need will increase dramatically, and therefore we want to get as much testing in place as possible.”

The government also said a business consortium had launched plans to develop an antibody test in order to detect those who had been infected with COVID-19 and therefore may have immunity. These tests are thought to be key in letting those who have already been through the virus return to work and begin to ease the country’s lockdown.

But Newton said he did not expect such tests to be widely available by the end of April and would not rely on them to contribute to the 100,000-a-day target, even though some laboratory-based antibody tests were beginning to come on stream.