Temperatures towards the end of next week are expected to reach 25C as the remains of Storm Francis leave the UK. Thursday will start chilly across the country with especially cold weather in the Scottish Highlands.

As we head through the morning powerful rain showers should be expected over much of Britain.

Met Office meteorologist Clare Nasir said: “Rain will move in Thursday morning and we could see some heavy showery bursts through Northern Ireland towards northern England, southern Scotland and northern parts of Wales through the morning.

“Then another batch of rain comes in across more southern areas into the afternoon so some high rainfall totals possible on the south coast on the latter part of the day.”

Central and northern parts of Scotland will remain largely dry though there could be a few showers. 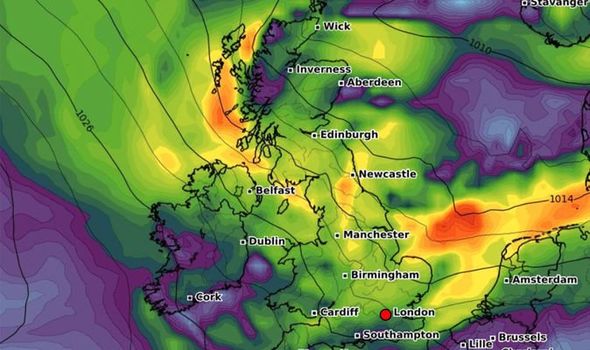 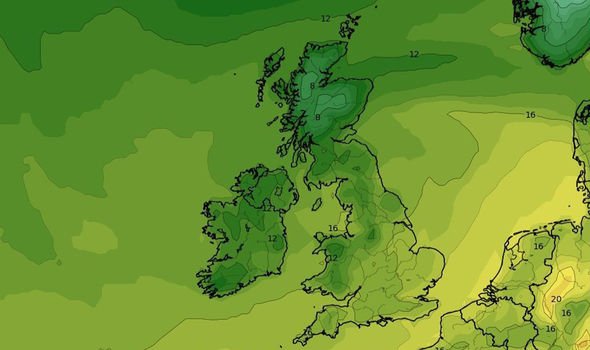 Temperatures across Britain are expected to vary between the low teens and high twenties.

The Shetland Islands could peak at 13C whilst London experiences a warmer 21C.

Rain will continue across much of the UK overnight.

Ms Nasir said: “Through Thursday night that low pressure system sits over us churning cloud and rain so it will be a wet night across many areas. 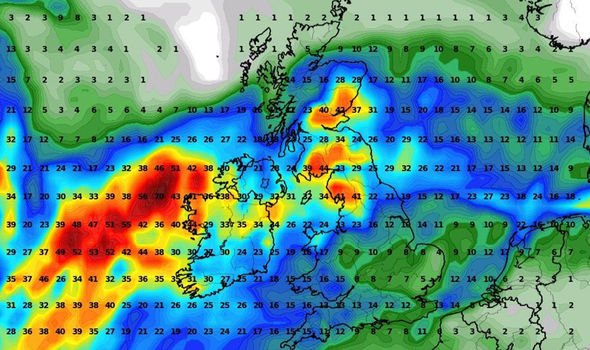 “Then the wind starts to pick up from the north as well as the west as the low clears off the scene.

“As we head through the latter part of Thursday into Friday it really is a wet start to the day across many areas.

“Not as cold though, temperatures generally speaking will be holding up.”

In total 13 flood alerts are in force for England meaning flooding is possible and residents should be prepared. 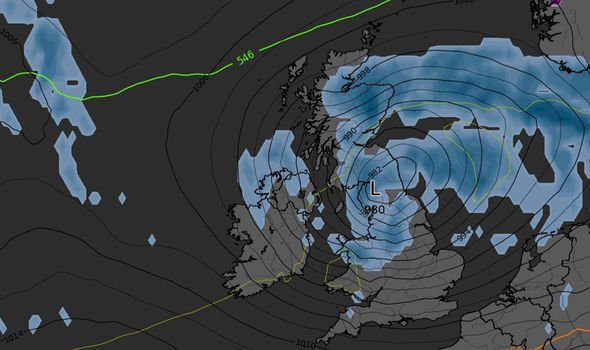 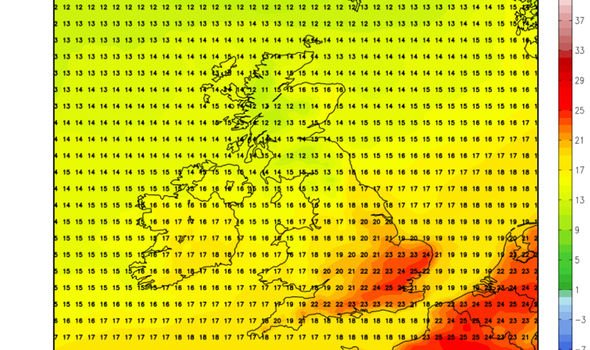 These are concentrated around the north-west midlands, York, the Lake District and the area south of Preston.

Friday should see more heavy rain across southern parts of Scotland and northern parts of England, which will head south during the day.

Showers should also be expected across western and south-western parts of Britain some of which could turn heavy and thunders during the afternoon.

Northern Ireland will see the best of the sunshine though some showers should be expected.

Scotland will also be relatively dry though it will be very windy which could produce some high waves along the eastern coast.

The wet weather will continue during the Bank Holiday weekend as Storm Francis lashes the UK.

Netweather’s latest hot weather maps show temperatures soaring in both northern and southern parts of the UK at the end of next week. 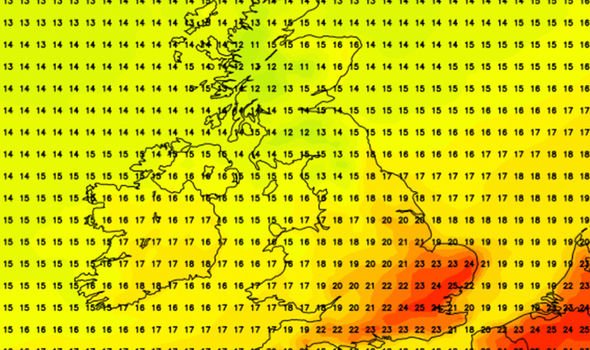 Thursday, September 3 will see highs of 25C in North Yorkshire and 23C in London.

Meanwhile, Friday, September 4 will also see temperates in the south rise a few degrees to 25C.

This comes after strong winds and rain from Storm Francis brought lows of 15C across many regions this week.