October is expected to be severely wet with flood alerts still in place for parts of England. Forecasters have predicted that the UK could be facing “an early winter” with risks of frost and snow in some areas.

Brian Gaze, Weather Outlook forecaster, said: “It looks like an early winter, with the cards stacked in favour of a cold second half of autumn due to La Nina.”

La Nina takes place when the sea surface temperatures in the central and eastern Pacific are below average.

He said: “In late autumn and early winter it historically promotes high pressure in the mid-Atlantic, which stops Atlantic weather systems from delivering mid-air to the UK, and therefore can allow cold conditions to intensify.” 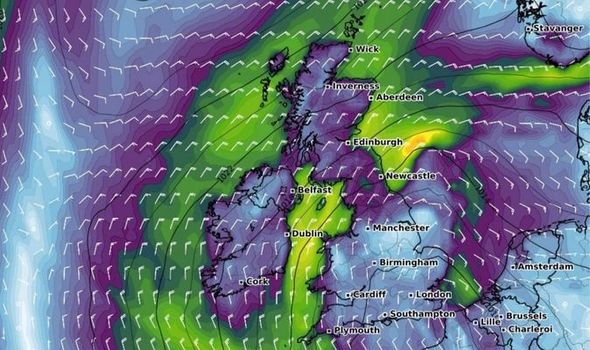 He added that the climatic event is able to “drive a shift of the jet stream towards the Poles increasing storminess and heavy rainfall, while bringing milder conditions.”

The Met Office has confirmed that La Nina is now present in the tropical Pacific.

For Tuesday, the weather is set to be “particularly cold” with outbreaks of rain.

Alex Deakin, Met Office Meteorologist, said: “It’s going to feel cold most days this week but probably particularly cold on Tuesday thanks to a brisk and rather fresh wind blowing. 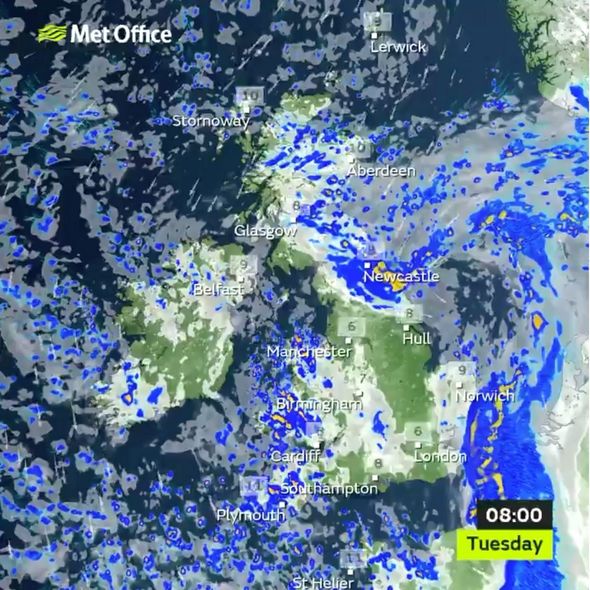 “That wind will also bring quite a few showers across the country.

“But not everywhere seeing the showers, some places will avoid them and stay largely dry and bright.”

This week is set to bring two different weather conditions which forecasters has called the two sides of Autumn.

Paul Michaelwaite, Netweather forecaster, said: “A week of two halves coming up, the first half will be unsettled with rain and showers moving through at times. 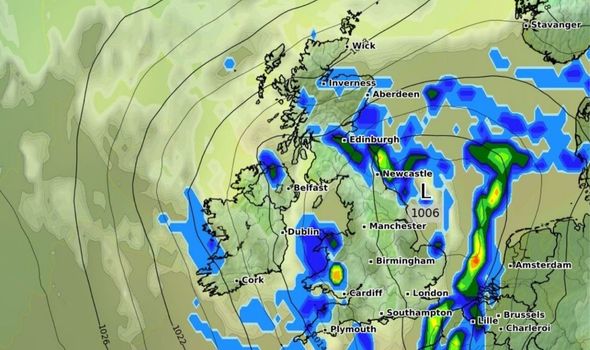 “The second half will see some improvement though, with the showers becoming more scattered as high pressure plays more of a role.

“What this week will never be though is especially warm, with winds initially blowing in from the northwest, before switching more into the northeast or east from [Tuesday].”

Temperatures on Tuesday are set to reach an average of 8-12C at best.

Mr Deakin said: “The brisk wind will be a feature of the weather even if you’ve got some sunny spells we’re going to struggle to reach the teens.

“Where it’s dull and damp all day say close to Newcastle in the afternoon across East Anglia, 10-11 degrees. 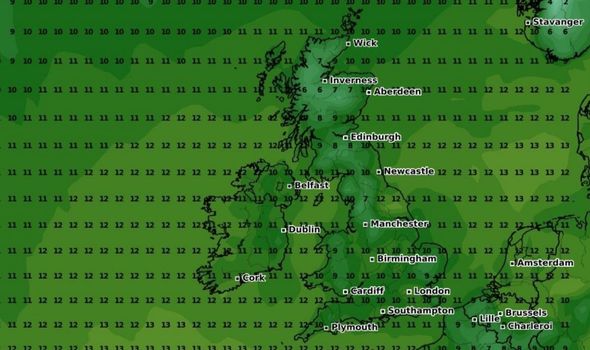 “Add on the wind and it will feel more like 8 or 9C, single digit feel to Tuesday afternoon.”

Mr Deakin added that it will feel “pretty cold for the time of year”.

The Environment Agency has put two flood alerts in place in the south east of England.

On Wednesday, rain may clear for some parts of the UK with the chance of sunny spells.

But temperatures will remain fairly chilly in the wind with most places reaching 11-14C on Wednesday.