The bank holiday weekend is set to be the coldest on record, and the start of September is expected to be no different as the mercury struggles to reach the high teens. Heavy downpours and strong winds are expected across the UK this week, with up to 42mm of rainfall forecast in the north west on Thursday.

A weather front will arrive off the Atlantic this evening, bringing thick cloud and rain overnight.

The northwest of the UK, particularly Scotland and Northern Ireland, will bare the brunt of the wet weather, with much of Britain staying fairly dry with a few sunny spells throughout Tuesday.

Temperatures will remain fairly constant, in the mid teens for much of the UK, according to Netweather forecasters.

But the unsettled conditions will spread further east by Wednesday, with rain and strong winds forecast. 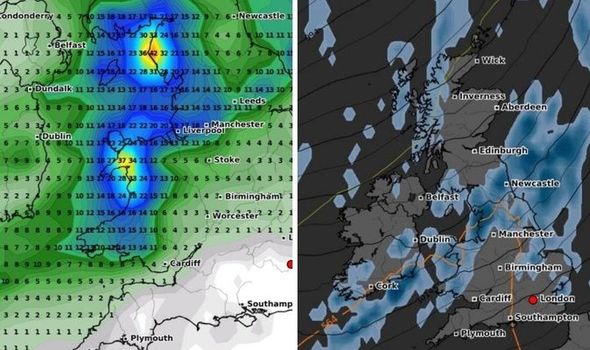 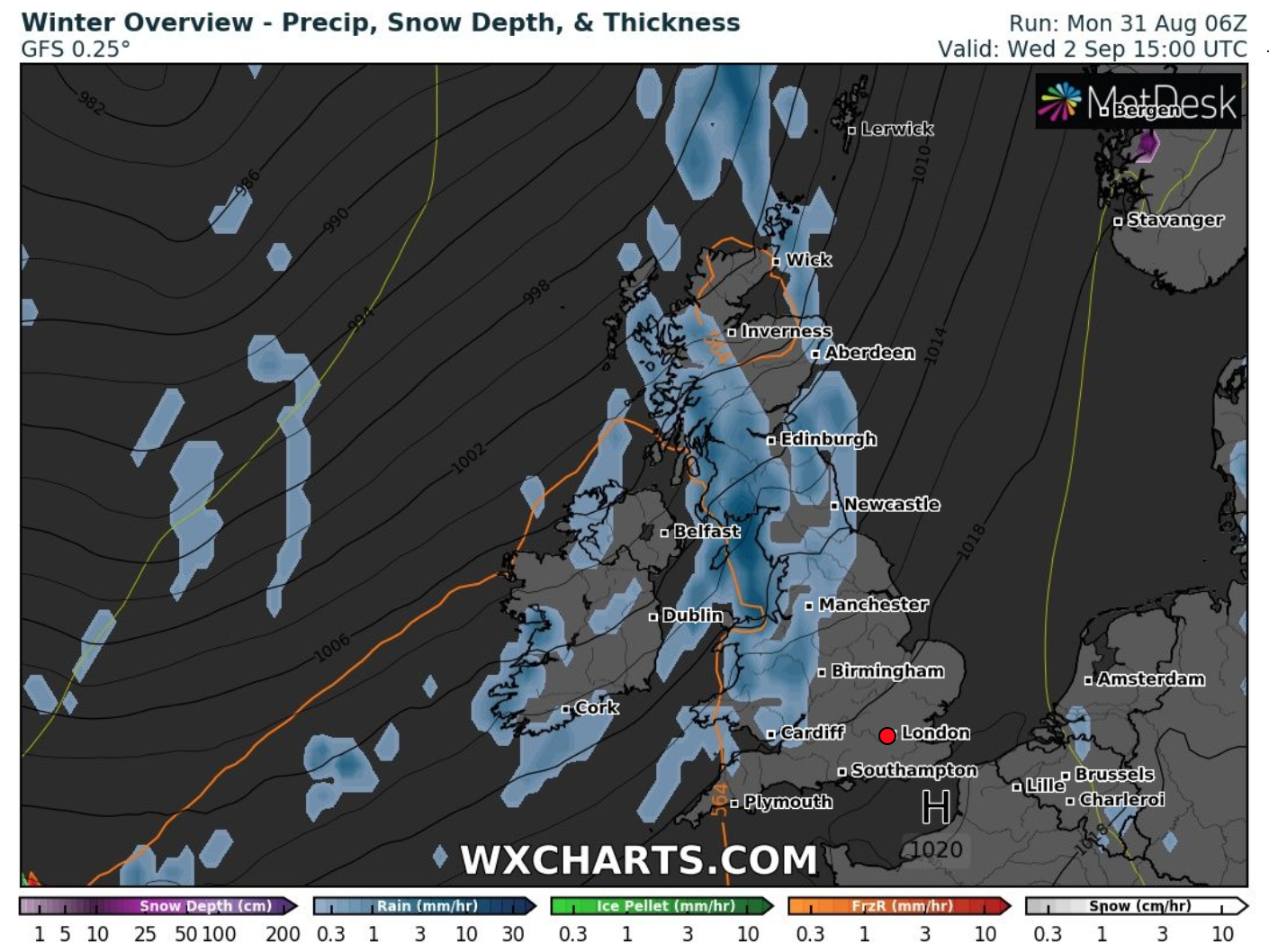 Weather maps by forecasters WXCharts show downpours will spread from the west by the afternoon, covering much of Wales, Scotland and the northern cities.

The south east looks set to avoid the rainfall but Nick Finnis, senior forecaster for Netweather, warned a few patches of rain could hit by early evening.

He said: “Rain gathering across the west Wednesday morning – which will be heavy across N. Ireland, western Scotland then NW England and Wales as it reaches here late morning.

“The rain continuing to spread northeast across northern and western areas into the afternoon, heavy in places. 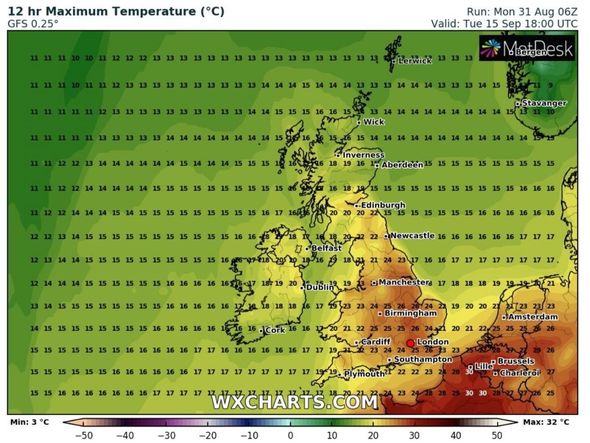 “After a bright start, some patchy rain reaching southern and eastern England into the afternoon, but mostly light.”

But despite the rainy spells, temperatures will remain fairly high, reaching up to 21C in the south east.

For the rest of the UK the mercury will rise to the high teens, with cooler conditions expected in the North West. 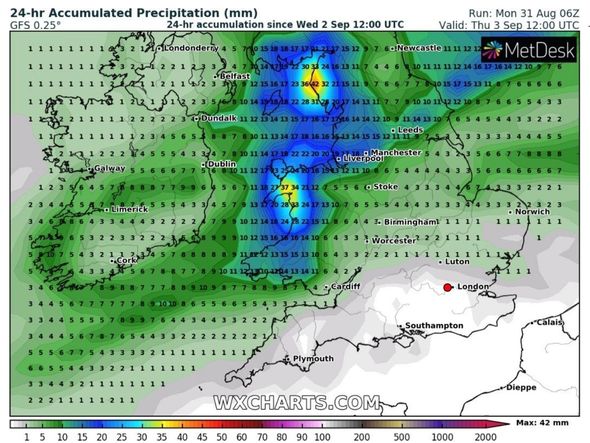 By Thursday afternoon, the North West could see up to 42mm of rainfall, according to weather maps by WXcharts.

The heavy downpours will mostly be confined to the west coast of the UK, but Northern cities, including Manchester, Liverpool and Leeds, could still see about 18mm of rain fall in the 24 hour period.

The south east looks set to avoid the intermittent downpours and also see temperatures rise to the early 20s – in what is expected to be the warmest day of the week.

The unsettled conditions are forecast to continue into the weekend, with the best of the weather expected in the south while breezy, shattered showers forecast for the North West. 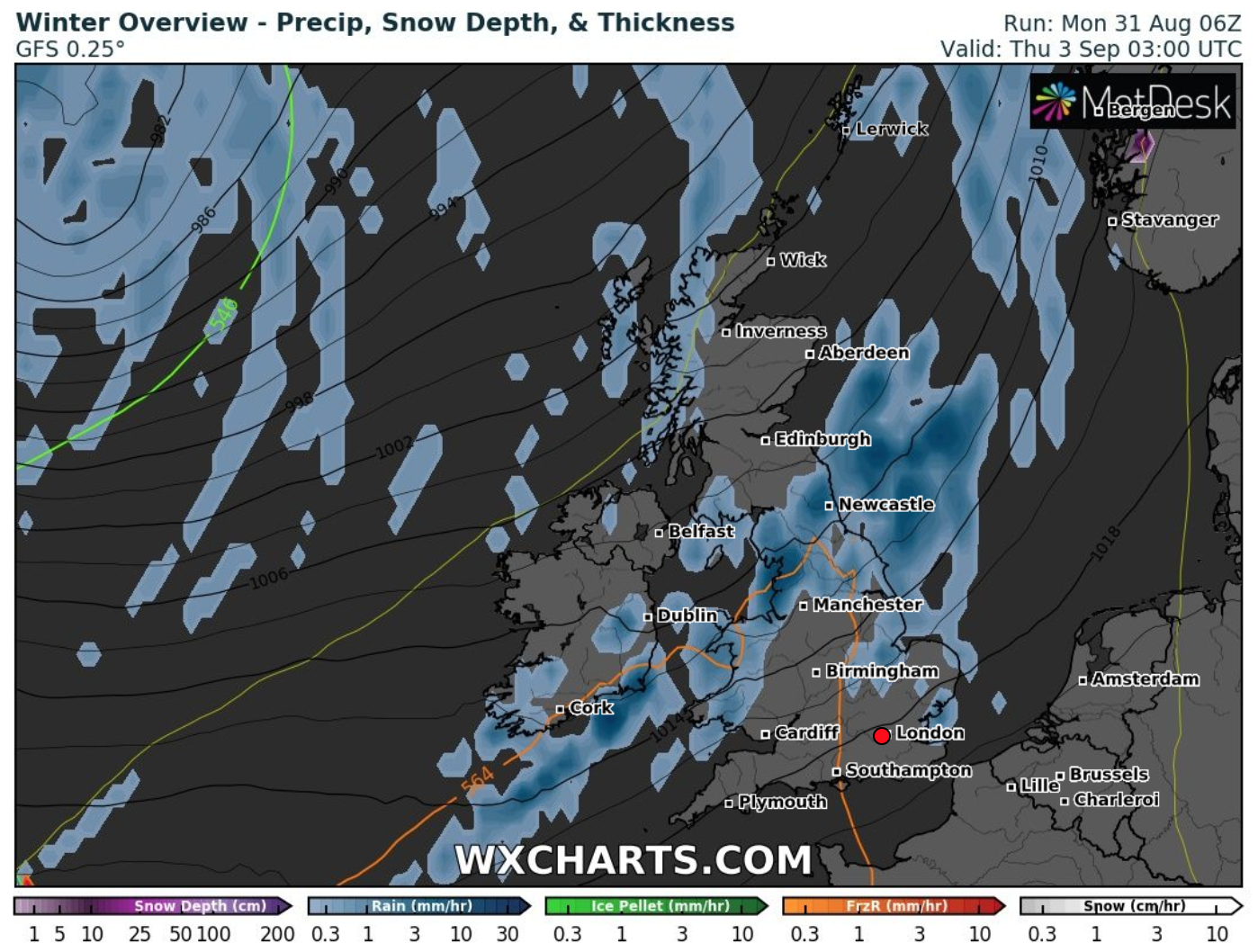 The Met Office said: “The showers are most likely across northern and western parts whilst southern areas should see the best of any dry weather.

“Drier conditions are likely to develop across much of the country into the following week allowing for some sunshine at times.”

Temperatures in the south could rise to as high as 26C on Thursday 15, in the last of the late summer sun.

The higher temperatures are forecast for much of England, including the capital, Midlands and parts of Wales.