While the last week has been a washout in many parts of the country, July will put summer sunshine firmly back on the agenda. By July 8, the mercury is set to hit 30C (86F) in parts of the north west as both Manchester and Leeds bask in temperatures hitting 27C (80.6F) and above.

The south west will be slightly cooler with temperatures pleasantly sitting at around the 23C (73.4) mark.

The Met Office said the country will experience “above average” temperatures from July 7 to July 21. 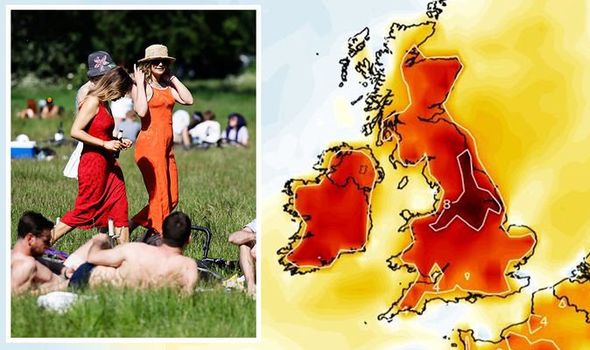 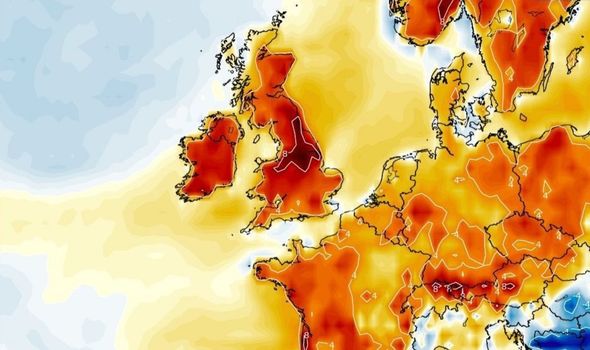 “Some northwestern areas will likely see brief spells of rain and cloudy conditions at times, as well as a continued risk for periods of heavy rain or thunderstorms especially across the south.

“Above-average temperatures continue to be well signalled, with the chance of some very warm or hot days to come.”

The impending heatwave will be music to the ears of the UK’s sun worshippers – who have had to endure thunderstorms and torrid rain in recent days.

Sadly this looks set to continue – for the next few days at least. 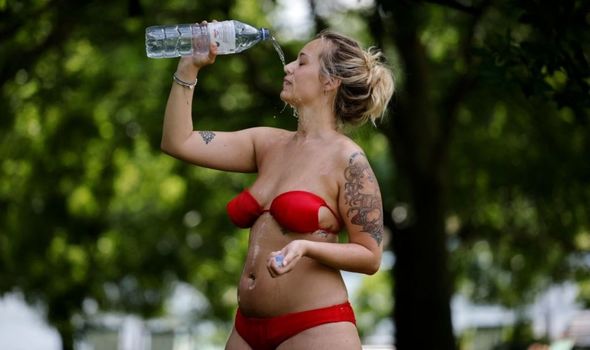 The Met Office said: “Sunday will likely see heavy, thundery showers across the south of the UK, potentially turning torrential.”

Elsewhere will likely be cloudy with a few showers and temperatures will be “rather warm and humid in the south, to nearer normal elsewhere”, it said.

As the UK heads into next week “on balance a lot of fine and dry weather is most likely, however, there are signals for some brief unsettled periods with southern and eastern areas seeing showers, and perhaps more prolonged rain in the northwest”, the Met Office predicted.

Despite the risk of rain and thunderstorms it said that “temperatures will most likely be above normal, with the potential for some very warm or hot days in the south”. 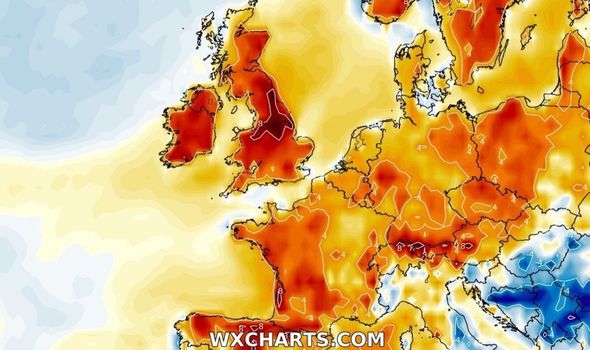 This dismal prediction was shared by BBC Weather’s Carol Kirkwood who warned of a cold start for the southeast this morning with temperatures at around 7C (44.6F).

Rain and cloud are expected to blanket the UK before a weather front of much heavier rain moves in tomorrow across the northwest.

Ms Kirkwood said: “It’s a real different start to this morning north to south in terms of temperatures. Yesterday in Altnaharra it was -2C (28.4F) and Kew in London 12C (53.6F). 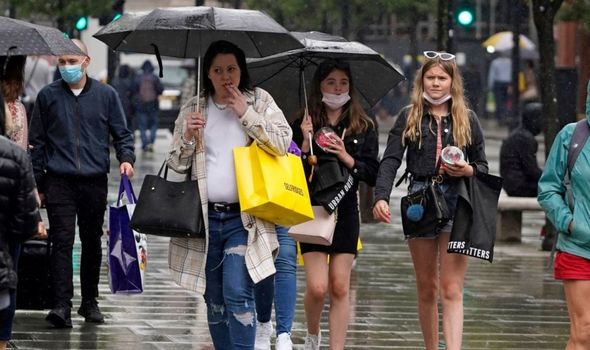 “You will notice that if you are out and about first thing.

“We’ve got this weather front that has been producing a lot of cloud, some rain and some murky conditions and very slowly today it’s going to edge southeastwards.

“After a bright start, the cloud will increase and we will see that rain coming in.”