After this Britain is set to swelter in sizzling temperatures, with the mercury climbing as high as 27C in southern parts of the UK, as a new mini heatwave ushers in blue skies and glorious sunshine for the coming week. The warmer weather will offer a marked contrast to the chilly, wintry weather of the past week and will provide the perfect occasion to get the barbecues out. From Sunday onwards temperatures will steadily climb from 20C up to a peak of 27C in London by the middle of the week.

Sunday will start cloudy and wet across northern parts of the UK, with some heavy rain at times.

The best of the sunshine will be across parts of England and Wales, where there will be lengthy sunny spells with temperatures getting into the low 20s.

It should feel warm in the gentle breeze, but further north is going to be quite blustery.

As Sunday comes to an end, there will be more wet weather pushing in from the west across northern parts. 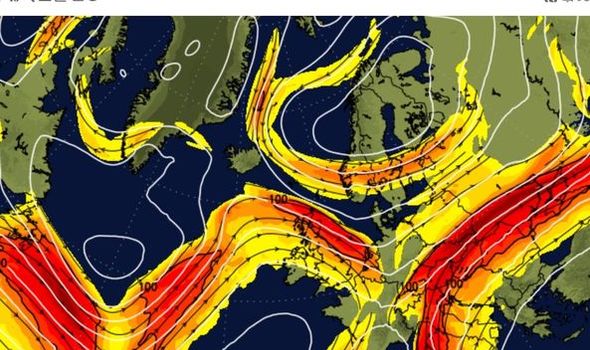 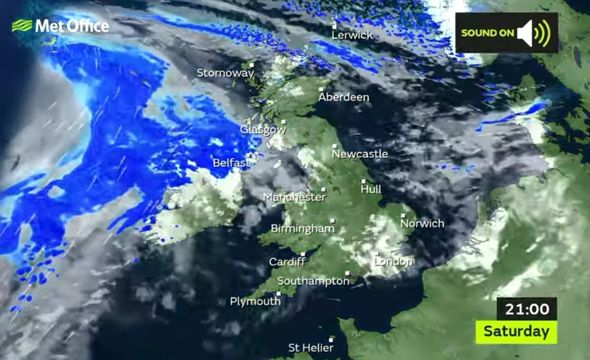 Rainfall totals over the high grounds of western Scotland could be in excess of 50 millimetres, according to the Met Office.

After a wet start to the week in the north, there will be a lot of fine weather for a while.

However, with temperatures hotting up towards the end of next week, the weather will start to become more unsettled.

Terry Scholey from netweather.tv said: “Sunday will be similar across much of England and Wales, with the best of the sunshine in the East and South. 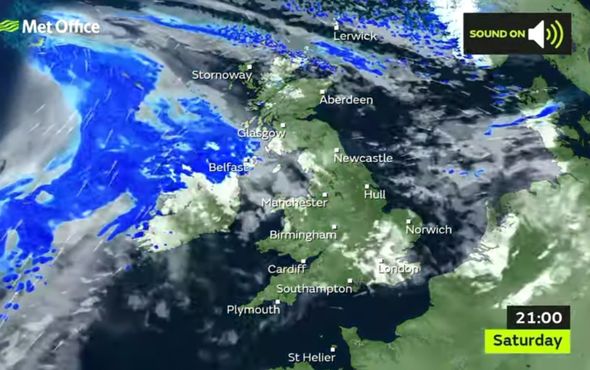 “Most parts stay dry, but cloud may bring some rain to Cumbria, the Isle of Man and the far West later.

“It’ll become quite warm in a South Westerly breeze, with temperatures reaching 17 to 21C depending on cloud cover.

“The East and South should be bright for a while, but much of Scotland and Northern Ireland have occasional rain.

“Here too it’ll feel quite mild despite a moderate or fresh South Westerly wind, with temperatures reaching 13 to 16C but it’ll be colder in the far North.” 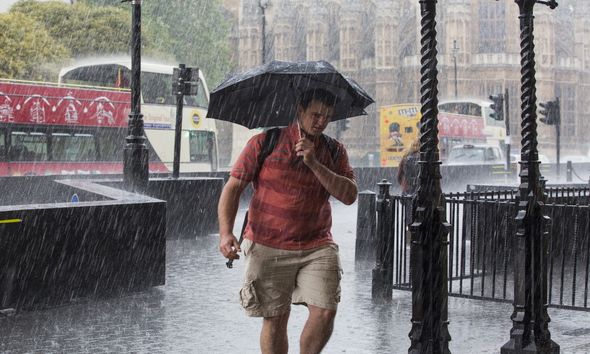 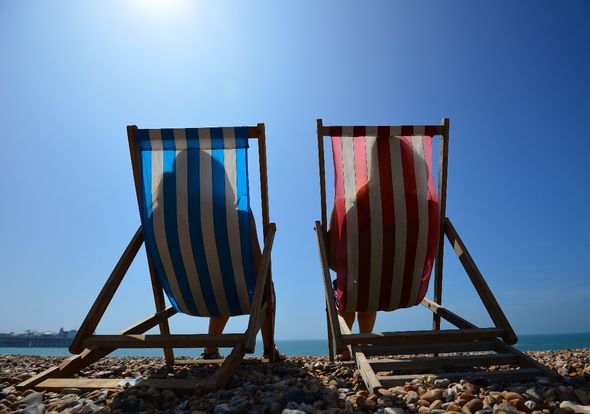 He added: “Little changes into the evening and overnight, with Scotland and Northern Ireland seeing further rain at times.

“Parts of northern England could also see patchy rain, but elsewhere it continues dry with broken skies in the South.

“It’ll be a mild night though in a South Westerly wind, with temperatures unlikely to fall below 7 to 11C.”

The freezing weather has left many maize crops vulnerable to damage, with temperatures reaching as low as -6C.

While maize crops can tolerate temperatures around 0C, anything below freezing will cause crop damage as leaves begin to wilt and die. 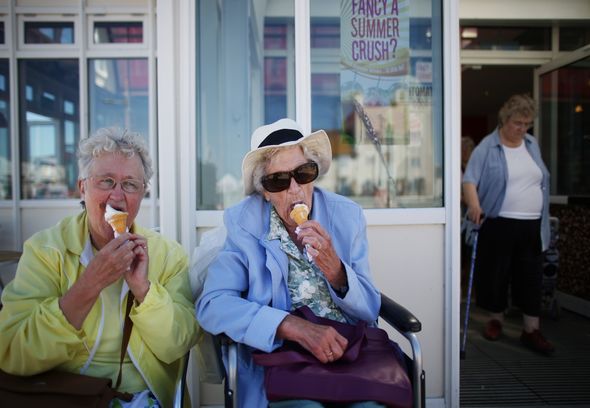 During sub-zero temperatures, water within the plant cells freezes, causing the cells to expand which damages cell walls.

Mr Morgan said the extent of frost damage to young maize plants was linked to the temperature and growth stage of the plant.