The Met Office has issued weather warnings as Storm Alex approaches the UK. Storm Alex was not named by the Met Office but by the French meteorological agency, Météo-France. Some parts of the UK are expected to feel the effects of Storm Alex from the early hours of Friday morning.

The Netweather forecast states: “For the UK we’ve seen some midweek rain and blustery winds which will clear away over the North Sea early on Thursday.

“This leaves a bright, cool day with a lot of fair weather but clusters of showers, particularly for SW Britain.

“By Thursday night the first low centre of interest will reach the Brest peninsula, NW France with gusts over 85mph being warned about and torrential rain for Brittany.

“During Friday it deepens further and rotates to the north coast and the English Channel.” 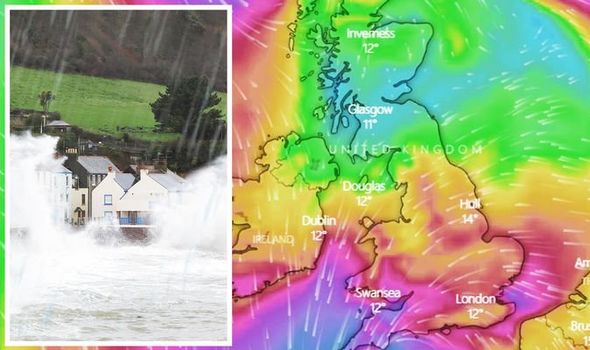 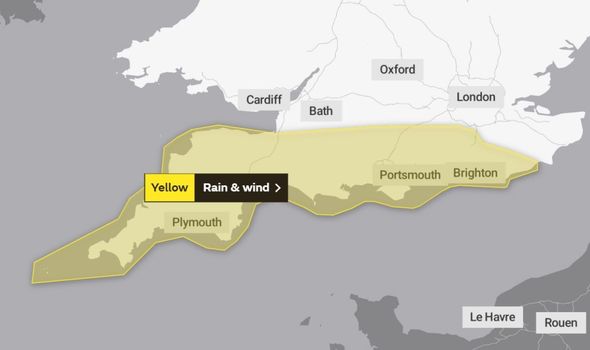 A swathe of the UK has been placed under a weather warning by the Met Office for Friday.

The meteorological agency has warned winds up to 65mph could be possible for some parts of the UK.

Across the south-west and south-east England, the Met Office has issued a yellow rain and wind warning which is active from 3am on Friday, October 2, until 8pm in the evening.

The Met Office warned: “Rain and showers overnight Thursday into Friday will turn heavier and more persistent during Friday morning, along with a strengthening east to north easterly wind. 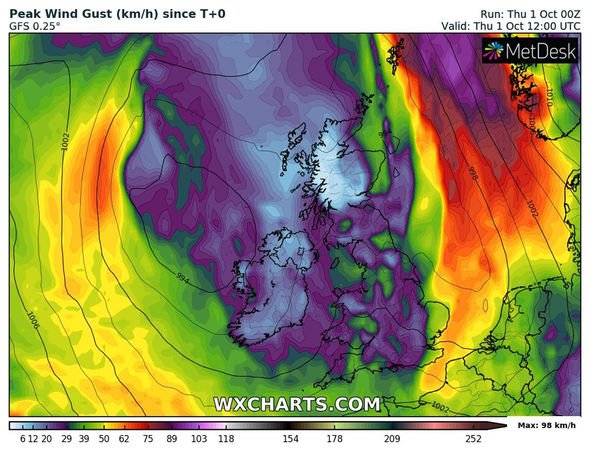 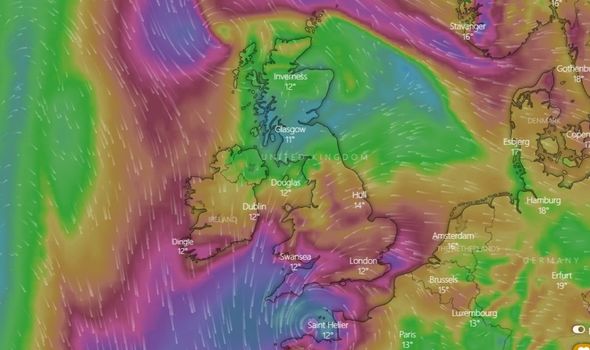 “Some places could receive 40 to 50mm over the course of 12 to 18 hours, most likely in the south of this region, combined with gusts of 45 to 55mph inland during Friday morning rush hour.

“Some coastal regions exposed to the south-east could experience gusts of 60 to 65mph.

“The combination of wind and rain, combined with trees losing their leaves, increases the risk of flooding due to blocked drains and watercourses.

“The wind and rain will ease from the south later on Friday, as the weather system responsible starts to move away.”

Netweather states there will be “winds developing for more of England and Wales” throughout Friday.

There is also “uncertainty” for the weekend weather forecast as “other low centres begin to appear”.

Met Office forecaster Simon Partridge told the Daily Mail: “The main winds and first rain will really only affect England but by the time we get to Saturday the east of Scotland will see the first effects.

“The rain associated with the storm will push in mainly from the east, which is quite unusual. 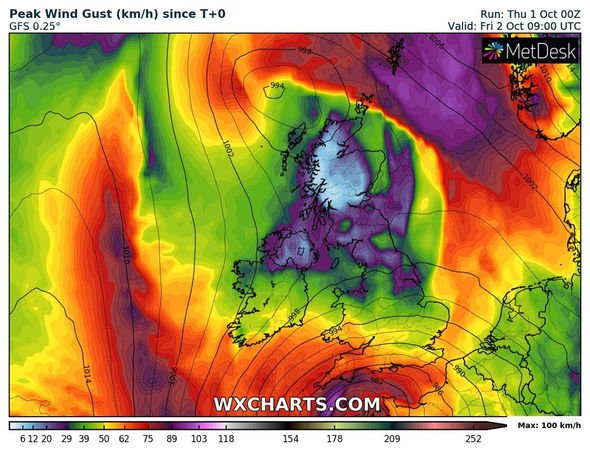 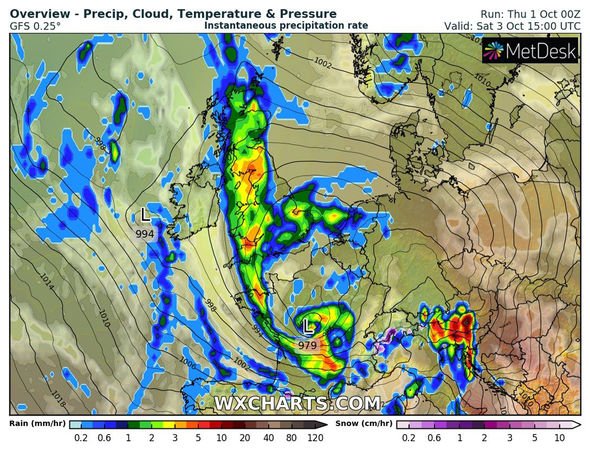 “Sunday will be quite an unsettled day but it is constantly changing. There will be spells of rain.”

In terms of wind speeds, WXCHARTS maps which use data from MetDesk show on Thursday there will be some widespread wind for much of the UK.

The majority of the map shows the UK as dark blue, indicating maximum wind speeds of approximately 18mph (29km/h) will be possible.

However by early Friday some southern parts of the UK could see maximum wind speeds up to approximately 47mph (75km/h).

Later in the day on Friday, WXCHARTS maps show much of southern England will see some strong winds.