The next few days will be characterised by cold weather and spells of rain, as chilly northeasterly winds move across Britain and drive down temperatures. The windy weather will make for cool conditions, as the mercury struggles to reach the mid-teens across much of the UK.

Forecasters predict sunny spells will break through at some points during the next few days, but they will likely be short-lived.

Instead, the northeasterly winds are set to linger and bring showers across most of the UK, particularly in the east.

Netweather forecaster Terry Scholey said: “Across England and Wales some parts are waking to a fine if though chilly morning and while there’ll be some sunshine, cloud amounts will vary.

“The chilly northeast wind will also bring a few showers to eastern areas, these spreading to parts of East Wales, the Midlands and central southern England later. 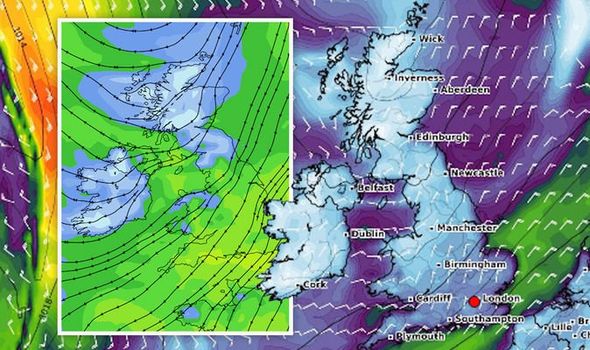 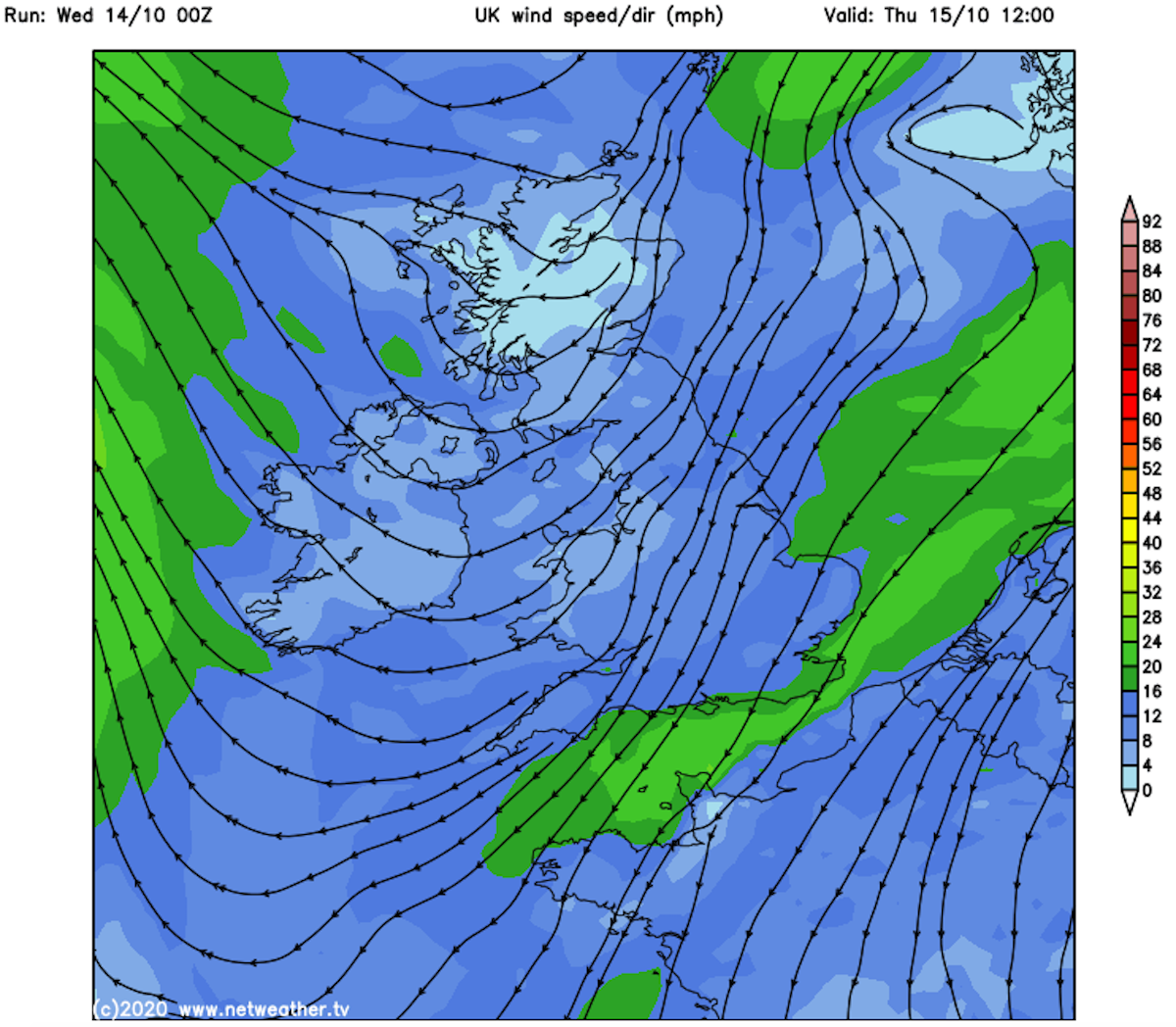 “A few could be quite sharp, although not everywhere will see them.”

As a result of the chilling winds, temperatures are unlikely to rise above 15C on Wednesday and could well plunge below zero overnight.

Mr Scholey said: “In the East and South East, a cold and ‘nagging’ north to northeasterly wind continues to bring a few showers into the evening and overnight, but skies should break sufficiently at times to give a few clear intervals.

“Here despite the chill temperatures shouldn’t fall below 6C to 8C.

JUST IN: Winter fuel support: How to save money on your heating – 9 best tips 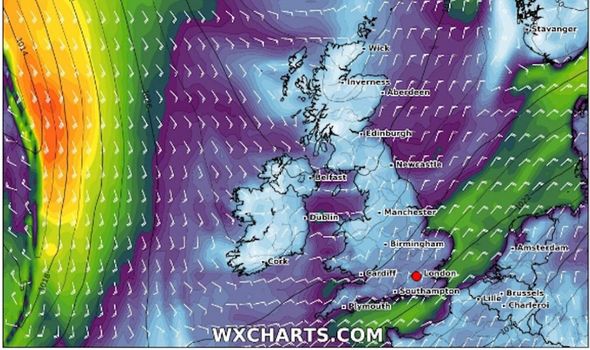 “Some Highland glens could see temperatures falling just below freezing, but 2C to 4C will be a more general minimum.”

His comments are illustrated by weather maps, which show temperatures are unlikely to break into the teens by noon on Thursday.

The charts show it will warm up slightly by 3pm, but even then the mercury is unlikely to go above 13C. 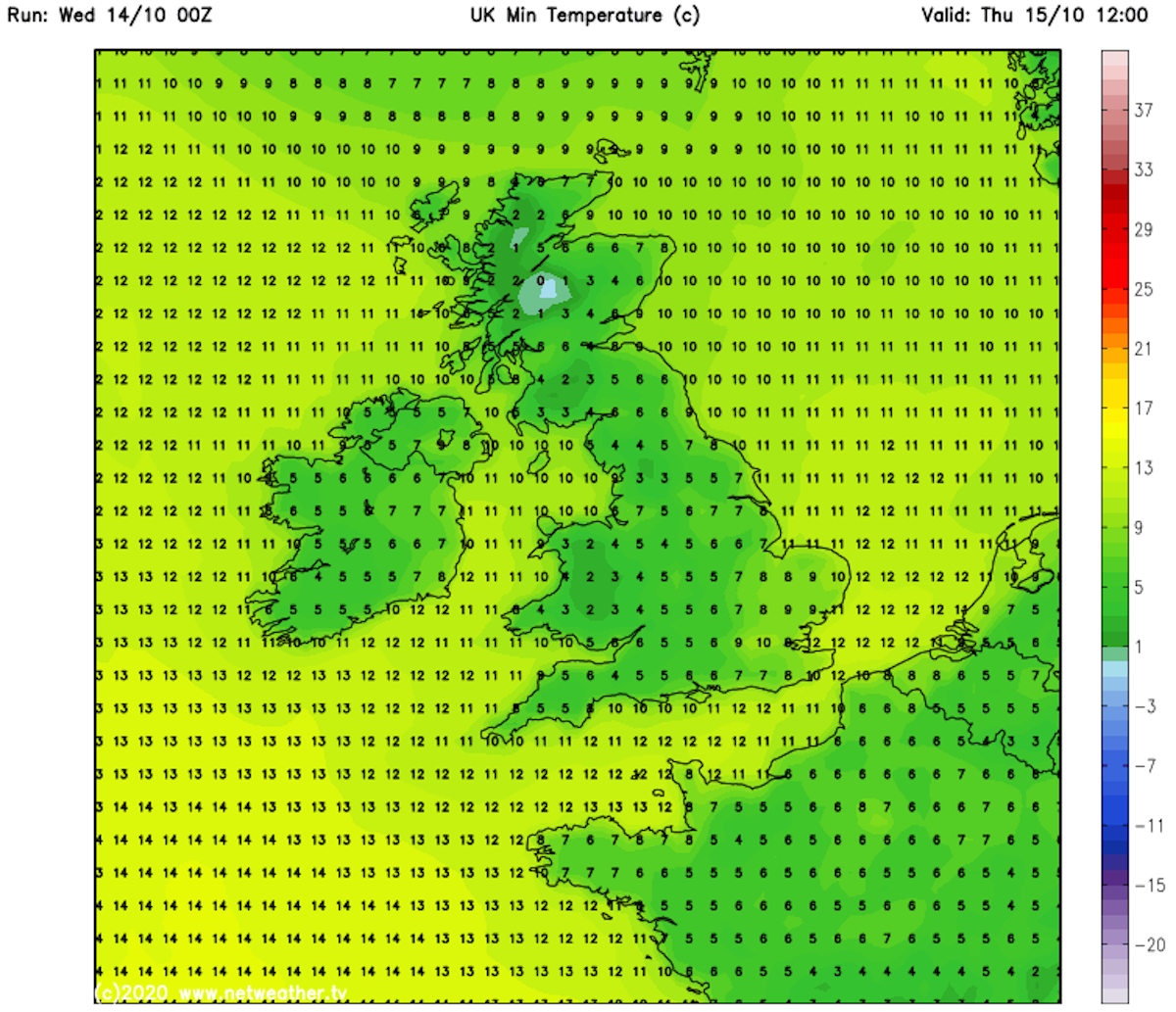 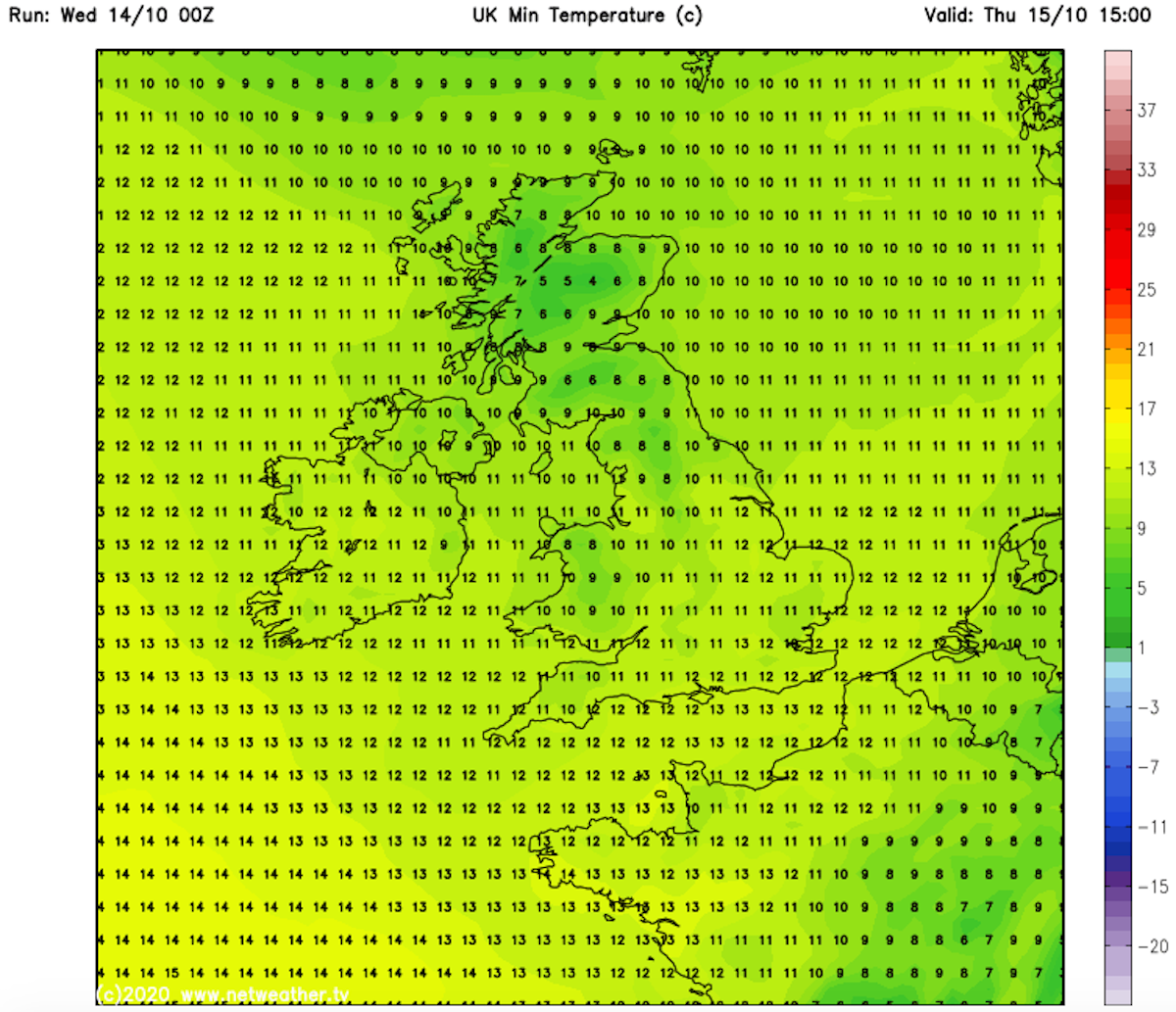 Mr Scholey said the northeasterly winds will continue to cause showers on Thursday, particularly for the Lincolnshire coast, East Anglia and the southeast.

But the north and west of England should remain fairly dry with bouts of sunshine.

Even so, the forecaster expects temperatures to remain on the chilly side.

He said: “But despite the sunshine, it’ll probably turn out to be a colder day, with top temperatures mostly in the range 10 to 14C.” 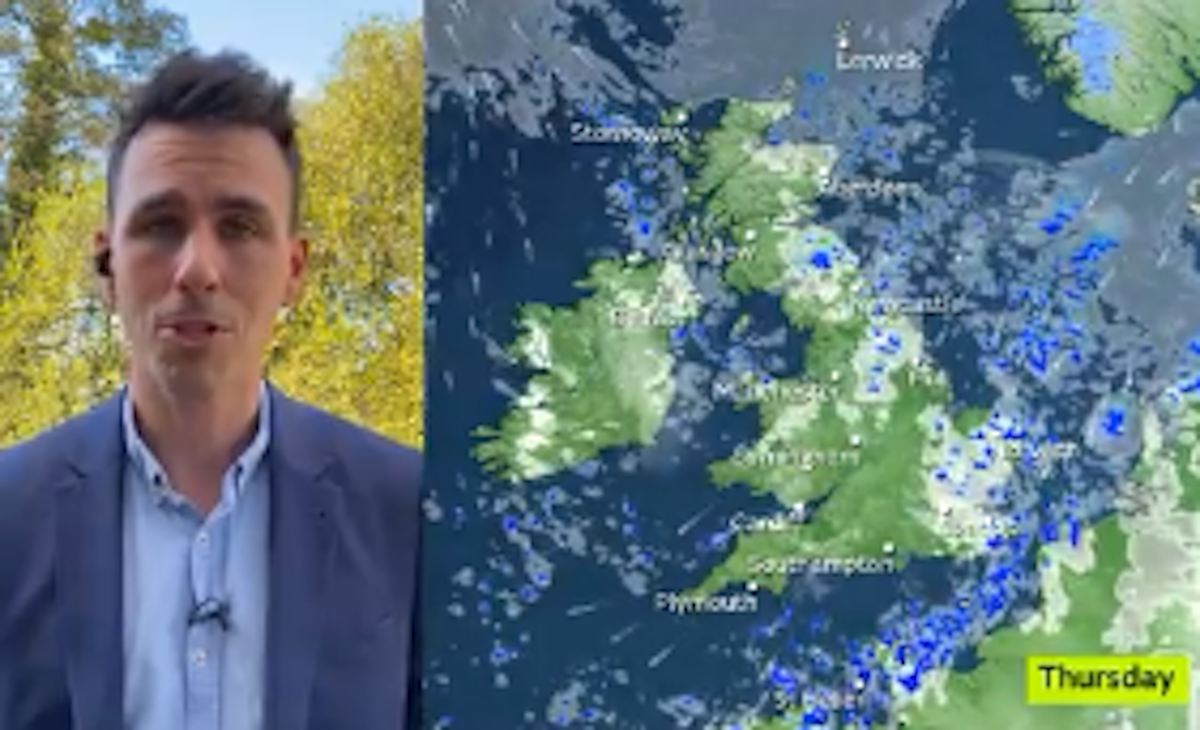 The Met Office also notes the next few days will “feel on the cool side”.

Forecaster Aidan McGivern said: “We keep an easterly breeze which will bring cold air our way.

“It’s not going to be a particularly warm day on Thursday and we will start off with a few frost and fog patches.”