For the last week the UK has been in the midst of a scorching heatwave. The mercury has soared above 30C for multiple days in a row, but recently many regions have witnessed a dip in temperature.

The Met Office told Express.co.uk this week the UK is no longer within heatwave criteria.

But for the next few days the Met Office has issued a number of widespread weather warnings.

Much of England and Wales is included under a yellow thunderstorm warning on Saturday, Sunday and Monday. 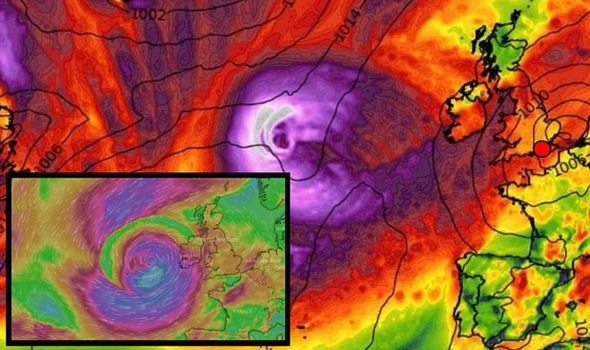 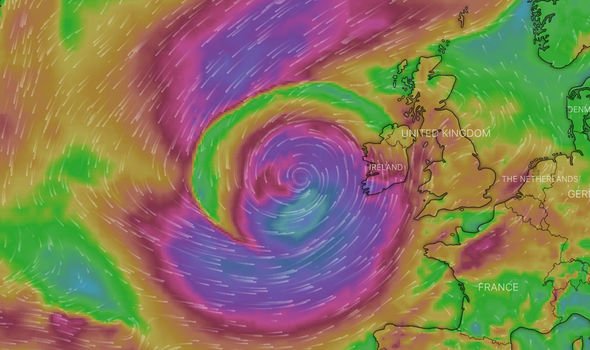 The Met Office state in their Saturday weather warning for England and Wales that “the warm, humid airmass across the southern half of the UK will lead to further heavy showers and thunderstorms” with some thunderstorms “persisting into the night”.

The Met Office are also warning of lightning and heavy rainfall, with 40-50mm of rain potentially falling in two to three hours on Saturday.

Later next week, weather maps indicate the UK could see some strong winds as a result of a tropical storm currently near the US coast.

While the storm is not expected to hit the UK, maps show its remnants could bring some windier weather than usual to the UK. 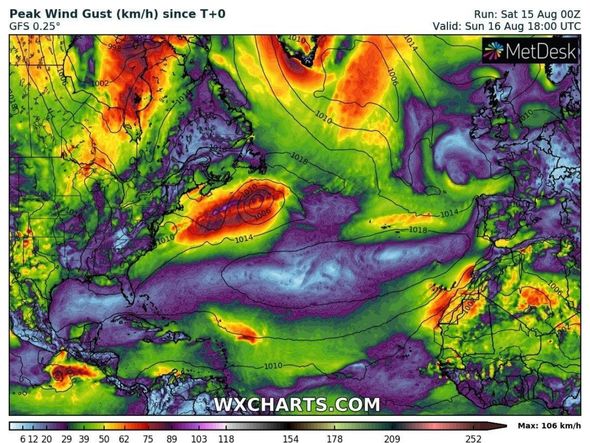 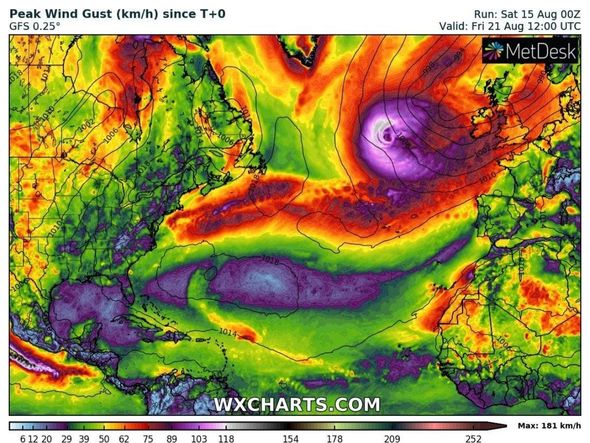 The National Hurricane Center (NHC) is currently monitoring the system off its eastern coast.

Tropical Storm Kyle had maximum sustained winds of 45mph as of Saturday morning.

The system is moving in a east-northeast direction across the Atlantic, and although some strengthening is expected over the weekend, it is expected to become “post-tropical” by Sunday night.

On its current path, weather maps indicate the UK will experience some strong winds next week as the system dissipates over the Atlantic.

WXCHARTS maps, which use data from MetDesk, show peak wind speeds as high as 45mph (75km/h) over the UK in some areas on Friday, August 21.

On this date the Met Office is predicting the weather to be “windier than of late” in their long-range weather forecast.

The forecast for Wednesday, August 19 until Friday, August 28 reads: “The beginning of this period is likely to be generally unsettled with showers and longer spells of rain at times, potentially becoming heavy in places. 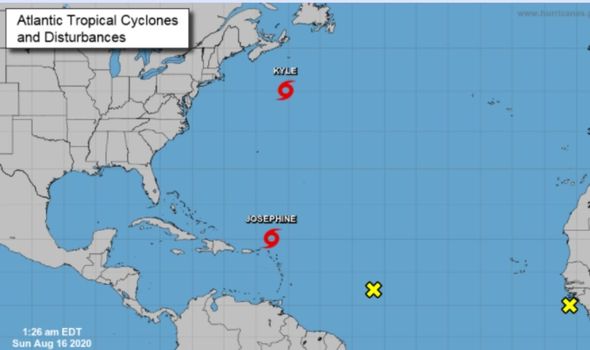 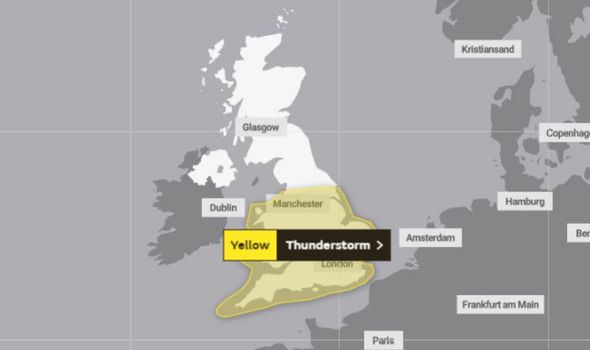 “There is also a chance that there could be some further thundery weather, although this would most likely be confined towards the east and southeast of the UK.

“It is likely to be windier than of late, especially in the south and west where there is also a risk of gales.

“Temperatures should start rather warm for many, despite the spells of unsettled weather.

“However, temperatures may cool slightly by the end of this period with freshening winds from the northwest likely to create a more widespread risk of gales.”