Weather forecasters predict heavy rain to fall across large parts of the UK on Tuesday. However, elsewhere across the UK will be largely dry with bright spells. High pressure is expected to build later this week leading to extremely cold spells with a growing risk of night frost and dense frost patches.

The Met Office forecast for Tuesday warns wet conditions in the northwest, with drier and milder conditions further south.

The forecast reads: “Rain, heavy in places, continues across many northwestern areas although somewhat brighter in the far northwest.

“Elsewhere largely dry with some brighter interludes although a little drizzle on some western hills.

“Mild away from the far northwest. Windy in places.

“Southeastern areas mild and rather cloudy but largely dry.

“Rain in the northwest UK sinking into Wales, northern and western England. 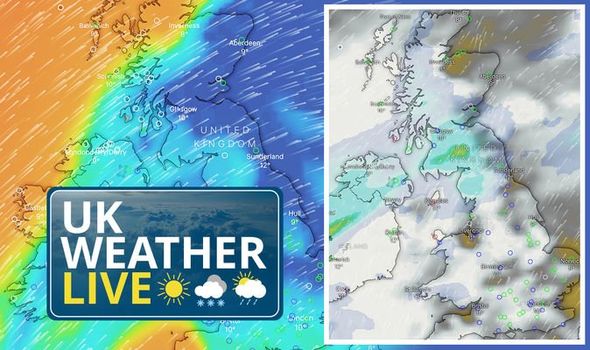 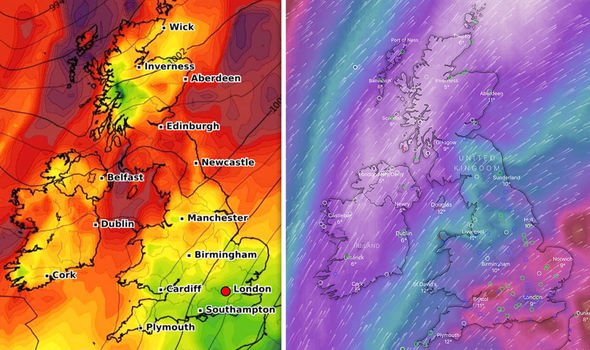 8.13am update: Britain will be struck by plummeting temperatures with a risk of “freezing fog”

Britons are braced for temperatures to drop dramatically later this week with a chance of “freezing frost” according to forecasters.

Conditions from the middle of this week will turn drier and the high pressure will build.

By Thursday and Friday temperatures are forecast to drop to freezing with risks of fog and frost.

A Netweather forecaster said: “For Thursday morning and more so by Friday morning there will be fog.

“With temperatures around freezing and very light winds, there will be frost, the risk of freezing fog and dense fog in places.” 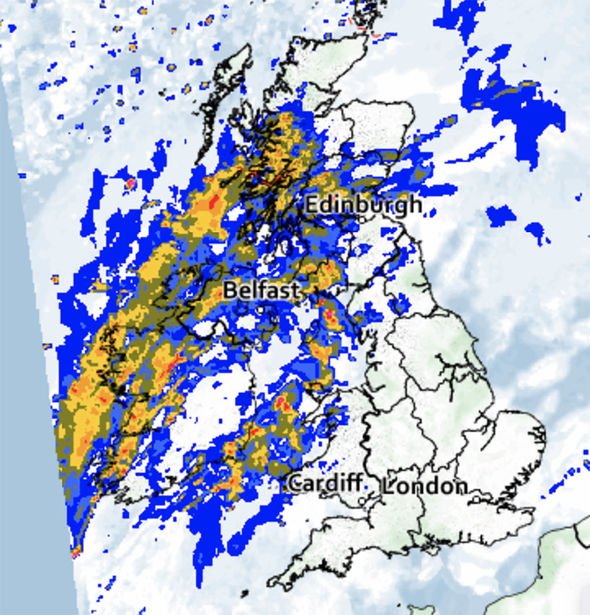 Conditions across Britain will be hugely contrasting on Tuesday with southern areas enjoying mild and sunny weather while areas of the north are battered with heavy downpours.

However, temperatures across the country will feel largely cold for most areas according to forecasters, with the mercury to drop to 2C in some regions.

The temperature is due to drop to as low as 4C in London later this week.

The plummeting temperature forecasts come as weather experts predict colder-than-average December weather due to “Arctic influxes” which could drive temperatures down as low as -5C.