Weather warnings for rain, snow, wind and ice are in effect across almost all of Britain. Prime Minister Boris Johnson told MPs he will chair a meeting of the COBRA emergency committee in response to Storm Christoph. The Met Office has issued eight yellow and amber weather warnings across the country with authorities implementing many flood alerts and warnings.

There are seven yellow warnings in place across the UK on Wednesday: two for wind, two for rain, one for ice, one for snow and one for ice and snow.

The weather forecaster advised of up to 11.8 inches (30cm) of snow may fall across higher ground.

In addition to snow, there will be intense rainfall across the UK with up to 2.4 inches (60mm) expected across regions covered by the yellow warning.

The wind warning advises of wind speeds reaching 70mph in the most exposed areas, with up to 50mph expected inland. 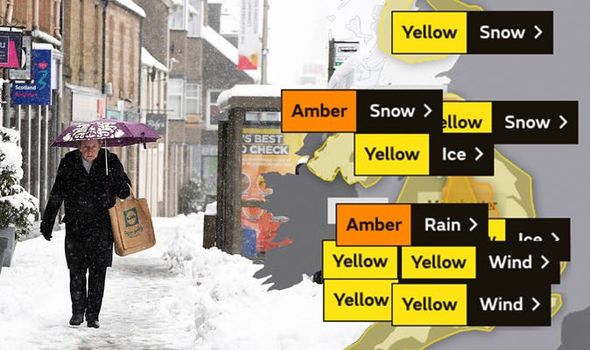 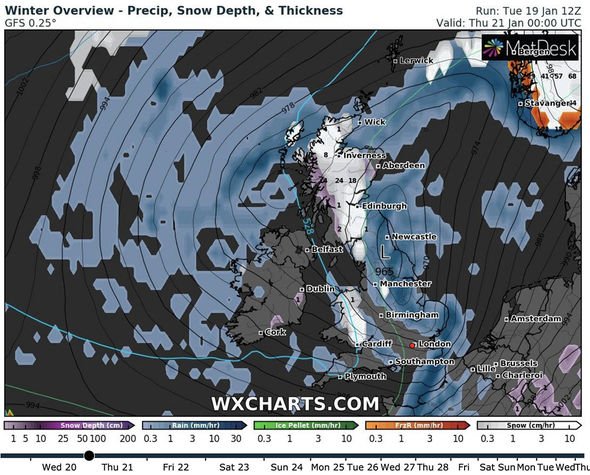 An amber alert for rain was also issued by the Met Office from 6am on Tuesday to 6am on Wednesday.

There will be heavy rainfall in the region which could lead to flooding and some disruption.

Up to eight inches (200mm) is expected over some hills.

Rainfall in this area may temporarily turn to heavy, wet snow as it clears, leading to a covering of up to 1.6 inches (4cm) in some places.

Predominantly the following regions would be impacted by the weather warning: East Midlands, North West England and Yorkshire and Humber. 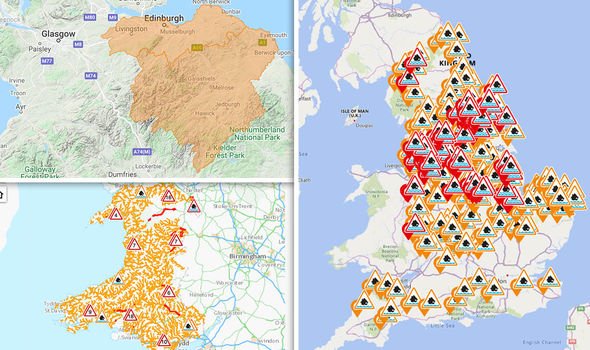 Another rain and another snow warning is due to come into force on Thursday.

The rain warning is in force from midnight on Wednesday until 12pm on Friday advising of heavy rain and possible flooding.

The rain is expected to turn to snow further inland, with as much as 2.8 inches (70mm) likely to hit across the far northeast of Aberdeenshire.

The snow warning will see accumulations of up to eight inches (20cm) in places located above 200m.

Strong winds will also develop in the region on Thursday, leading to blizzard conditions at times over higher ground and icing on infrastructure, such as power lines. 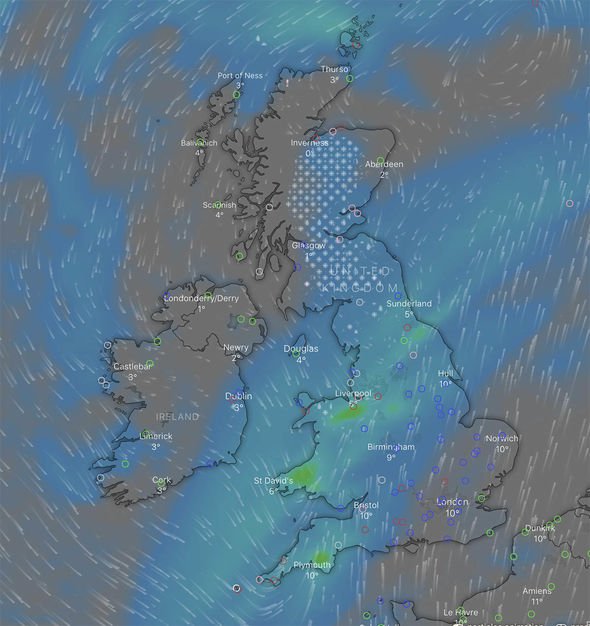 Public Health England has also issued a cold weather alert from 9am on January 21 until Monday, January 25 covering the North East, North West and Yorkshire and the Humber.

Dr Owen Landeg, a Principal Environmental Public Health Scientist at PHE said: “Keep looking out for frail or older neighbours and relatives, especially those who live alone or with a serious illness.

“Make a call, or socially-distanced doorstep visit if they live close by, to remind them to try to heat their home to at least 18C and to wear shoes with a good grip if they need to go outside.

“It’s also important to check that they have enough food and any medicines they need.

“Flooding during the very cold weather can exacerbate the risks to health.

“If you experience flooding, it’s important to avoid using petrol or diesel generators, or other similar fuel-driven equipment, indoors because carbon monoxide in the exhaust gases can be deadly.

“If you are feeling stressed or overwhelmed by the situation, talk to friends, family, neighbours or community support groups. If these feelings persist, contact your GP or NHS 111 for advice.

“The National Flood Forum can also provide valuable support to those affected.” 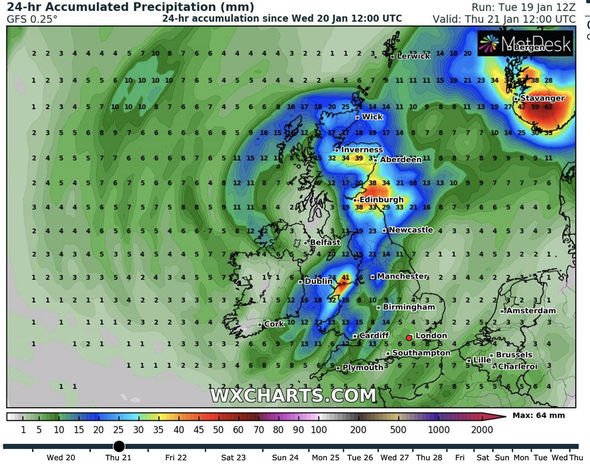 In addition to the PHE and Met Office warnings, authorities across Britain have issued several alerts and warnings advising areas where flooding is possible or even likely.

At the time of writing, the agency has issued 62 flood warnings where flooding is expected and immediate action is required.

Flooding is possible in a further 187 places where flood alerts have been implemented.

SEPA currently has two flood alerts in effect in the UK.