US warns citizens of 'arbitrary detention' in China

The US did not say what prompted the new alert, which comes as tensions continue to rise between the two super powers. 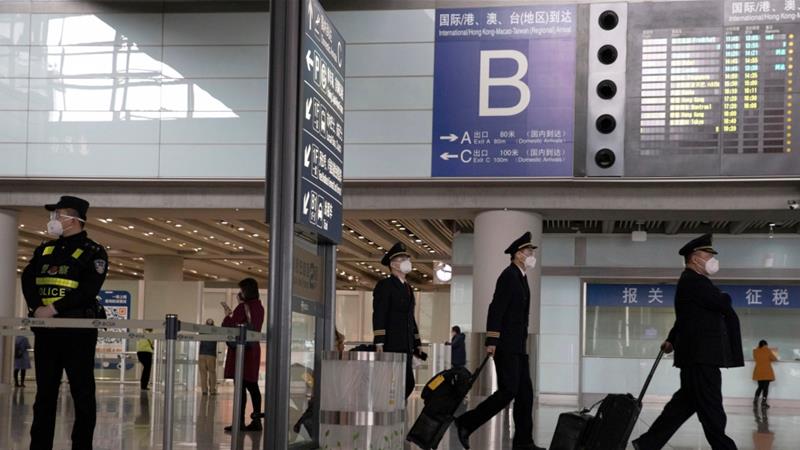 The United States has warned citizens of “heightened risk of arbitrary detention” in China as tensions between the two countries have been on the rise over issues including the coronavirus pandemic, Hong Kong, and allegations of human rights abuses of the minority Muslim population in Xinjiang and residents of Tibet.

The state department did not specifically say what prompted the new security alert, which was issued to US citizens in China on Saturday.

US citizens may face “prolonged interrogations and extended detention” for reasons related to state security, the alert said.

“Security personnel may detain and/or deport US citizens for sending private electronic messages critical of the Chinese government,” it added, without citing specific examples.

The alert comes as bilateral tensions have intensified between Beijing and Washington over issues ranging from the COVID-19 pandemic, trade, and allegations of human rights violations against Uighurs in the Xinjiang region and communities in Tibet.

On Friday, US President Donald Trump said the relationship between the US and China has been “severely damaged” in recent months.

Meanwhile, Beijing has repeatedly accused the US of meddling in its internal affairs.

Adding to the enmity is a controversial security law pushed on the semi-autonomous region of Hong Kong by China’s central government in June that has caused international concern. The law bans subversive acts and speech against the Chinese government made anywhere in the world.

The most recent move comes days after Washington imposed visa bans on Chinese officials it accused of restricting foreigners’ access to Tibet. Beijing responded by saying it was banning “US individuals with egregious conduct related to Tibet issues”.

Australia and Canada have also recently issued travel warnings over fears of arbitrary detention by Beijing.

Beijing has not commented on the US travel warning, but on Wednesday called Australia’s alert about the risk of arbitrary detention in China “completely ridiculous and disinformation”.