The disturbing video filmed by Moving Animals and released by Open Cages shows the widely criticised cruelty of live animal markets. A wide range of animals, including poultry, dogs, but also wild frogs and turtles, were documented crammed alive into cages or bags awaiting their slaughter. Extremely inhumane slaughter methods included decapitating frogs with scissors, deshelling of crabs or the quartering of fish whilst still alive.

Semi-aquatic turtles are filmed trying to escape their cages in the heat, whilst the carcasses of dogs are piled casually on tables.

Initiatives to ban live, or so-called wet animal markets have reemerged since coronavirus was linked to wild pangolins and bats, which were slaughtered and sold for food in Wuhan, China.

The new footage, dating back February and March 2020, shows fully operating live animal markets, even though the country had taken drastic measures, such as the closure of borders and schools, to prevent COVID-19 spread from neighbouring China.

Since then, Wuhan has officially banned the consumption of wild animals in hope to prevent future spillover events of zoonotic disease to humans – live markets, however, continue to operate under the same crowded and unhygienic conditions many experts have warned of. 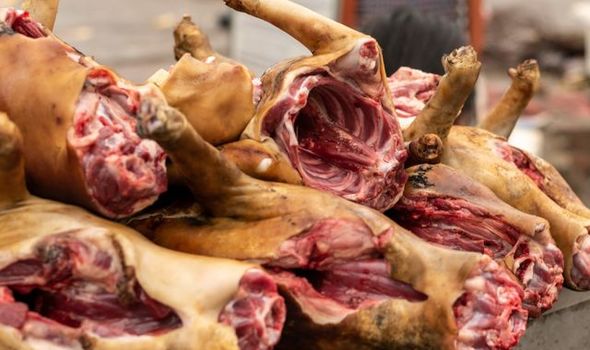 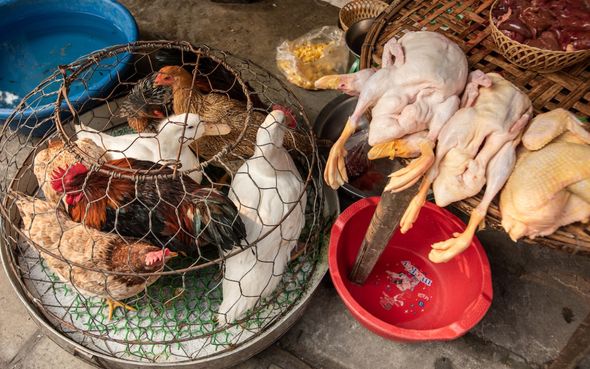 But the Vietnamese government allowed the continued opening of the same type of wildlife trading markets where COVID-19 is believed to have spread from in Wuhan, risking the health of its citizens.

While the stress and suffering raise much concern, it is the close proximity of animals and unsanitary conditions which are thought to create ideal conditions for disease outbreak.

The footage shows that in these poorly regulated markets animals are usually slaughtered in the middle of market stands, often on the floor among cages filled with more animals – by using simple tools like scissors.

The conditions and slaughter process, as well as being horrendous for the animals, pose a real risk for pathogens to spread to workers, who are constantly exposed to potentially infected animals, and to customers on these busy markets.

Amid pandemic fears, Vietnam is currently drafting a directive to stop the trading and consumption of illegal wildlife, however, it is unknown if this will apply to all wildlife species, rather than just those deemed “illegal”, such as pangolins.

Open Cages – who are campaigning for an end to live animal markets – are urging the Vietnam authorities to ban the trade and consumption of all wild animal species.

While it is essential to stop the exploitation of wild animals, from which numerous zoonoses have jumped over to humans in the past, Open Cages is pushing for a total live market ban, as domesticated species have likewise a record of dangerous infectious disease.

Live animal markets continue to trade wild animals farmed for consumption such as deer and domesticated animals such as pigs and chickens raised on farms where contact with infected wildlife is difficult to prevent entirely. 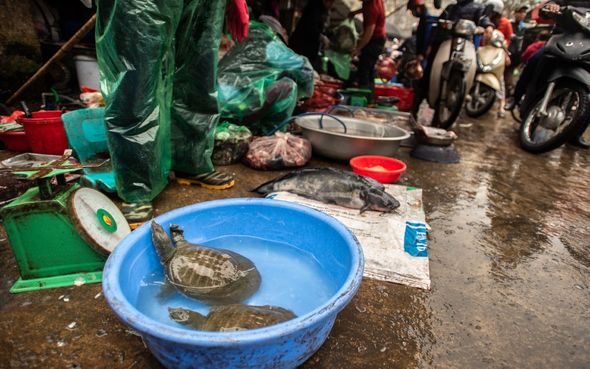 The WHO, although widely criticised, recently withdrew its support for a worldwide ban of live animal markets.

Open Cages CEO Connor Jackson criticises this decision, and urges action in Vietnam: “This is blatant animal abuse. And we have to wake up the undeniable link between such treatment of animals and zoonotic disease.”

“As a civilised society, we cannot leave animal wellbeing and the safety of humanity in the hands of ineffective regulations.

“The world is watching and waiting for a plan from the World Health Organisation: when will these markets be closed?”