Igor Shushko of the Wind of Change Research Group has described a Russian mercenary boss as a “dead man walking” after the extent of his failures were exposed. Yevgeny Prigozhin, head of the Wagner group, has repeatedly defended recruiting convicts for his private army sending soldiers into Ukraine. :eaked footage showed him telling inmates in a prison yard that they would be freed if they served six months with his group, which is believed to have been fighting in Ukraine since 2014. In a statement published on social media after the video went viral, Mr Prigozhin said that if he were in prison he would “dream of” joining the Wagner group to “pay my debt to the Motherland”.

But thousands of Russian convicts are now reportedly dead and “more maimed without arms and legs”, according to Mr Shushko, who added that his failure is attributed to the needs of mobilisation.

“Prisoners’ effectiveness on the front was evaluated as zero,” he added. 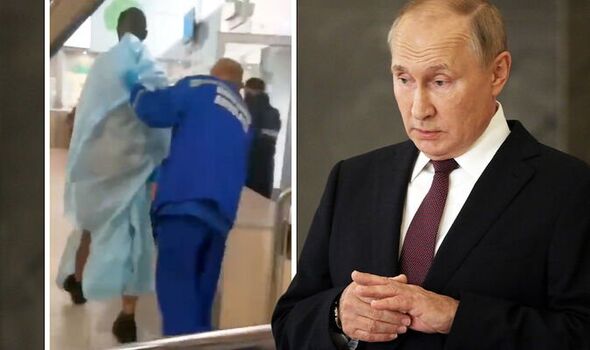 Good morning from London. I’m Tara Fair, I’ll be bringing you all the latest developments on the war in Ukraine. Please feel free to get in touch with me as I work if you have a story or tips to share! Your thoughts are always welcome.