Many believe the government’s resignation will do little to change political deadlock and economic crisis. 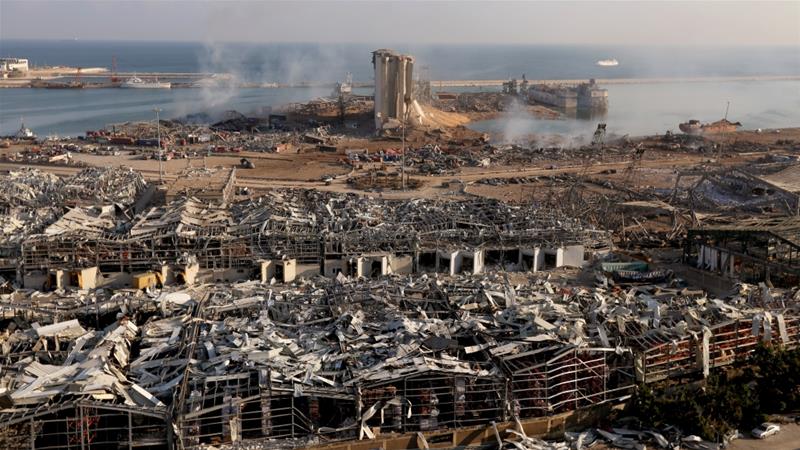 Angry Lebanese have demanded the removal of what they see as a corrupt ruling class to blame for the country’s woes, adding that the government’s resignation on Monday did not come near to addressing the tragedy of last week’s Beirut explosion.

A protest with the slogan “Bury the authorities first” was planned near the port, where highly explosive material stored for years exploded on August 4, killing at least 163 people, injuring 6,000 and leaving hundreds of thousands homeless.

Prime Minister Hassan Diab, announcing his cabinet’s resignation, blamed endemic corruption for the explosion, the biggest in Beirut’s history and which compounded a deep financial crisis that has collapsed the currency, paralysed the banking system and forced up prices.

Talks with the International Monetary Fund have stalled amid a dispute between the government, banks and politicians over the scale of vast financial losses.

For many Lebanese, the explosion was the last straw in a protracted crisis over the collapse of the economy, corruption, waste and dysfunctional government.

“It does not end with the government’s resignation,” said the protest flyer circulating on social media.

Many people in Lebanon, and on social media, felt Monday’s announcement by Diab would do little to change the political situation.

“It’s a good thing that the government resigned. But we need new blood or it won’t work,” silversmith Avedis Anserlian told the Reuters news agency in front of his demolished shop.

“I don’t think it [the government’s resignation] will make a difference. All the ministers in Lebanon are just a face. Behind that are the militias who control everything,” Rony Lattouf, a shop owner in Beirut, told Al Jazeera.

“It’s these militias that decide on things in Lebanon. People have to make a powerful move to remove them,” he added, standing in front of his collapsed shop not far from the port.