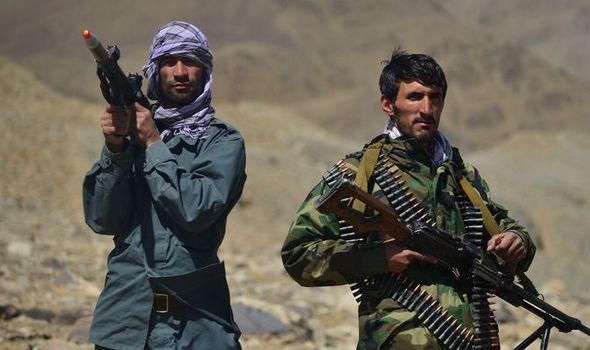 Following the Taliban’s claims they had taken control of Panjshir, the last rebel stronghold in Afghanistan, rebel officials refuted reports they had collapsed. Now Ahmad Massoud, the Former Minister of Defense, has stated: “We are in Panjshir and our Resistance will continue.”

Posting on his Twitter, Mr Massoud refuted claims the resistance had fallen despite the Taliban claiming they had taken Panjshir.

He wrote in a separate post: “This is what strenght (sic) is. To fight for your religion, your dignity, your nation.

“Nothing is more honorable.

“My family from Balkh to Panjshir are resisting, Taliban are out to kill our families, either going door to door or in Panjshir!!!”

Earlier on Monday, reports held Mr Massoud and the the National Resistance Front of Afghanistan was ready to talk with the Taliban in hopes of securing a ceasefire.

In a Facebook post, he said: “The NRF in principle agree to solve the current problems and put an immediate end to the fighting and continue negotiations.

“To reach a lasting peace, the NRF is ready to stop fighting on condition that Taliban also stop their attacks and military movements on Panjshir and Andarab.”

He then added a large gathering of all sides with the Ulema council of religious scholars could then be held should fighting end.

There was no response from the Taliban.