WHO says DRC's Ebola outbreak is still an international emergency

The detection of new cases of infection came days before the WHO was expected to declare the outbreak over. 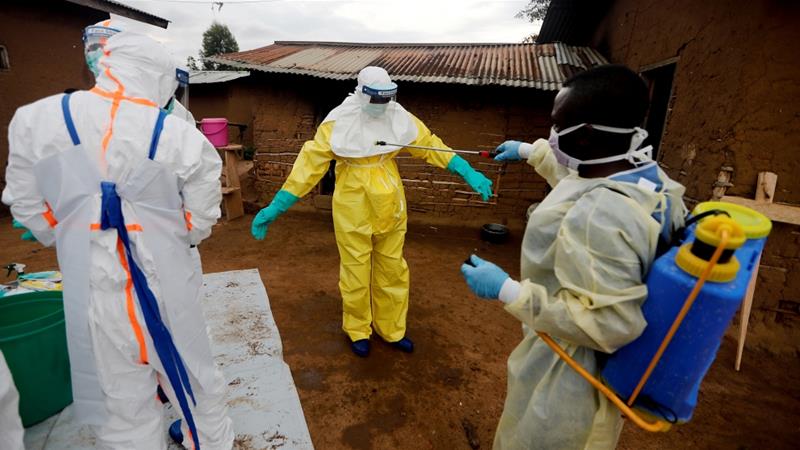 The World Health Organization (WHO) has said the Ebola outbreak in the Democratic Republic of the Congo still constitutes a public health emergency of international concern following the emergence of fresh cases.

The announcement on Tuesday came just a day after the country had been expected to announce that its outbreak – the tenth recorded in its history and by far its largest – was over.

But as the WHO’s emergency committee met on Friday to determine whether to lift its global emergency designation before the expected declaration of the outbreak’s ending, a new case was reported.

Following a fresh meeting on Tuesday afternoon, the committee said it had determined that “while there is a low risk of Ebola international spread, they consider this event to still constitute a public health emergency of international concern, requiring international coordination and support.”

WHO spokeswoman Margaret Harris told reporters in a virtual briefing in Geneva that “we now have three cases, two people who have died, one person who is alive.”

She said that all of the contacts of those cases had been traced and vaccinated and were being followed closely.

The Congolese health authorities had announced on Friday that a 26-year-old man was listed as having died from the disease, while a young girl who was being treated in the same health centre passed away on Sunday.

Both died in the northeastern city of Beni, the epicentre of the outbreak.