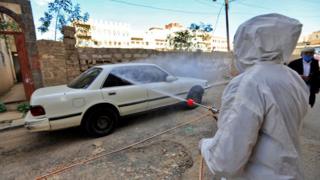 A dramatic rise has been reported in the number of people dying with coronavirus-like symptoms in the southern Yemeni city of Aden.

Citing official figures, Save the Children said there had been at least 380 deaths in the past week.

It is feared the number of coronavirus cases may be far higher than the few dozen that have been confirmed.

The health system has been damaged by years of civil war and ventilators are in short supply.

What is happening in Aden?

Save the Children said some health professionals lacking personal protective equipment were refusing to go to work.

Several hospitals have closed, and people are dying because they can’t get treatment, it said in a statement.

Mohammed Alshamaa, Save the Children’s director of programmes in Yemen, said they were hearing of families who have lost two or three members in recent weeks.

“Our teams on the ground are seeing how people are being sent away from hospitals, breathing heavily or even collapsing. People are dying because they can’t get treatment that would normally save their lives,” he said.

“There are patients who go from hospital to hospital and yet cannot get admitted.”

The rise in people dying after showing symptoms such as respiratory issues, fever and weakness raises concerns that Covid-19 infections might be considerably higher than reported in Aden, the group said.

There are fears that a coronavirus outbreak could be disastrous in Yemen, a country already suffering from years of war.

There are only 500 ventilators in the country, and just four labs that can test for the virus, says Save the Children.

So far, the World Health Organization puts the number of confirmed infections at just 72, with 13 deaths, but the latest reports suggest the actual number could be far higher. 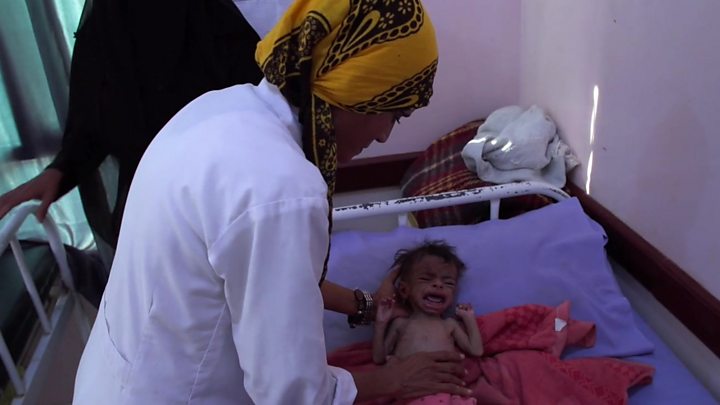